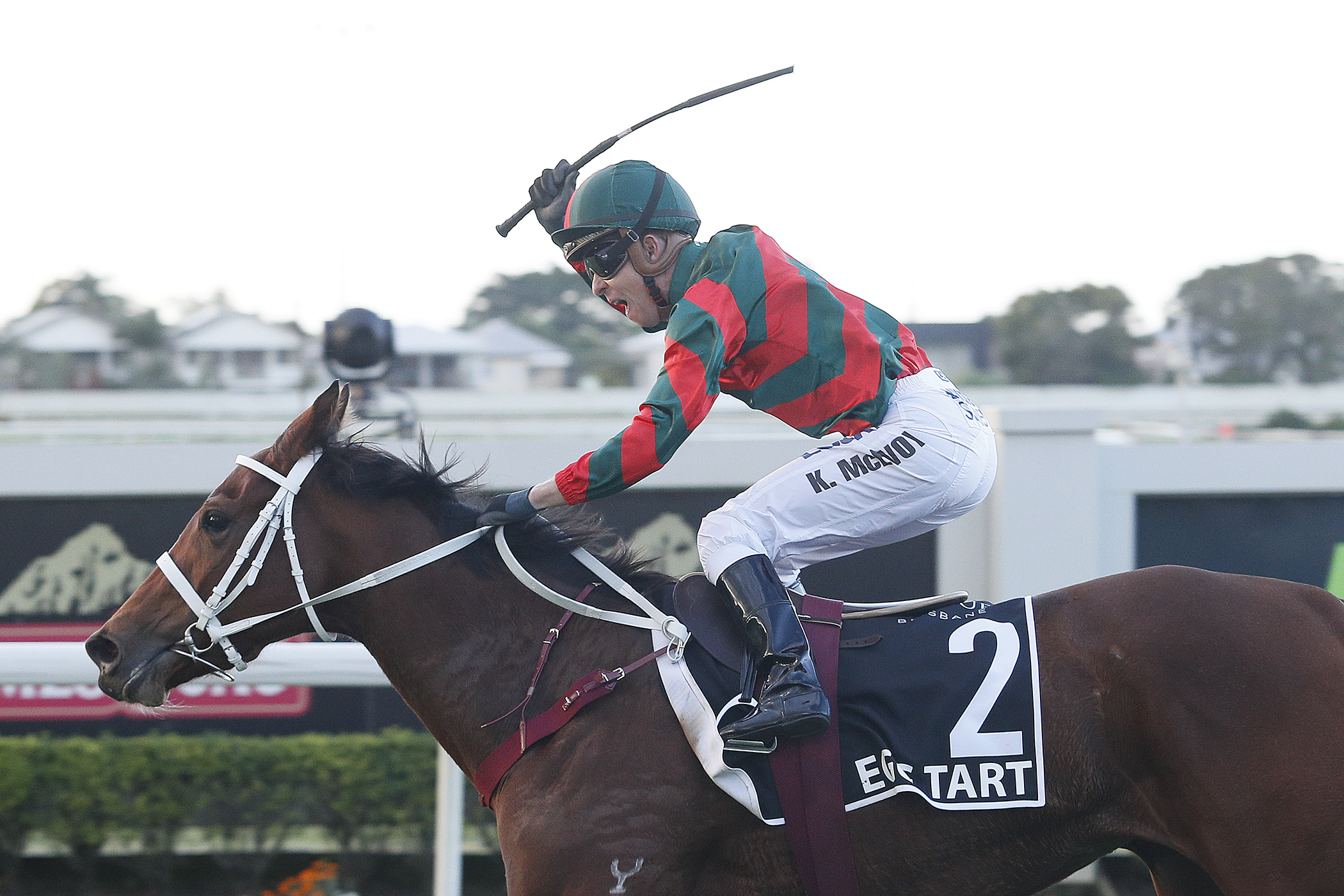 Oliver Koolman flew to Brisbane on Saturday to cheer on exciting filly, Egg Tart, in the Group One Treasury Brisbane Queensland Oaks over 2400m at Doomben.

It was some win. Indeed, following the headline grabbing performance, we’re unsure as to whether Koolman used an airline to return or flew under his own steam.

Manager of Hermitage Thoroughbreds – a boutique, 250 acre property at Camden in NSW – Koolman was monumentally impressed by the victory which makes it successive Group Ones and a second Oaks for the Chris Waller trained filly who emulated her stablemate, Winx: winner of the Queensland blue riband two years earlier.

With her sixth win in succession from eight career starts, Egg Tart has now won $795,150 in stakes.

“I’m not about to compare her to Winx, but I do reckon the win highlights the disparity between fillies and colts,” Koolman points out. “Fillies can be a hard sell next to colts, but I have to say that in my time in racing, the real ‘pin ups’ have been fillies and mares … Winx, Black Caviar, Sunline, Makybe Diva.

“A good colt is usually off the scene all too quickly and the attrition rate among geldings is fairly high. Yet the value for fillies out of the ring is enormous.

“There are plenty of other examples as well of relatively inexpensive fillies that have won big money on the track.

“What people seemingly don’t take into account is that fillies are still often better off in the weights with a two kilo advantage over the colts, even as older horses.

“On Sunday at the farm, we had Denise Martin from Star Thoroughbreds and the owners of (Group One winner) Foxplay come up and visit their horse and I can tell you they don’t have any complaints about racing a filly.

“Another advantage in Egg Tart’s favour is that she hasn’t been pushed too early. She had her first race as a November 3YO and, like a lot of those great mares, she didn’t race at two.”

Koolman adds that it’s entirely up to Waller as to where Egg Tart races next, but the likelihood is that she will return to Hermitage Thoroughbreds for a spell before preparing for the spring.

Koolman also said that the name – Egg Tart – had aroused quite a bit of interest.

“All of the owner’s horses from that year were named after Chinese desserts, but the boss’s son, Christoph named Egg Tart after his favourite dessert and I can tell you there’s a very happy young boy running around Hong Kong at the moment!”

Bred by Queensland’s Jorson Farm, Egg Tart is the second winner out of Mrs Windsor, a half sister to Group One winners Heart Ruler and Coronation Day and daughter of Metropolitan winner, Born To Be Queen. Unfortunately, Mrs Windsor died last year.

Meanwhile, Egg Tart is the 29th stakes winner for Widden Stud based, Sebring, and his fourth Group One winner after Criterion, Dissident and Hong Kong star, Lucky Bubbles.

Sebring’s fee dropped to $66,000 for this spring, while his yearlings have sold up to $1.4 million in 2017. At the recent Gold Coast Magic Millions National Broodmare Sale, 12 mares in foal to Sebring were offered, with all sold, including $1.6 million for Polska who is carrying a full relation to Sebring’s Group Two winners Catch a Fire and Seaburge.