When Breeding Becomes The Cats Whisker 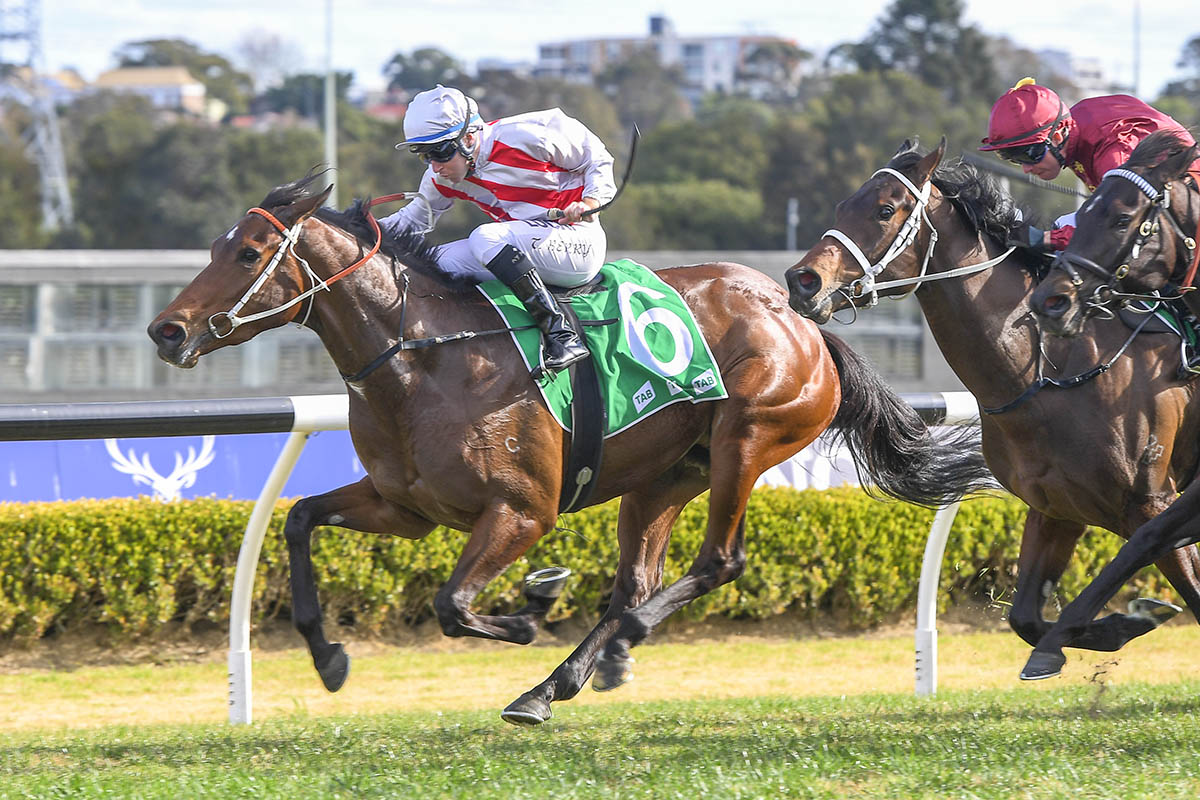 The result of a Benchmark 69 at a Canterbury midweeker doesn’t usually garner much attention: unless of course the winner is making her debut and happens to be a sister to a Group One Blue Diamond winner.

Symi – a filly by Fastnet Rock from Cats Whisker and thus a full relation to Catchy – might have some big racing plates to fill, but took a fluent stride in the right direction with her impressive display at Canterbury last Wednesday.

Apart from Catchy (6 wins and $1.9 million including 2017 Blue Diamond), Symi is one of five winners from Fusaichi Pegasus’s multiple Group Two winner Cats Whisker and was foaled and raised at Coolmore Australia on behalf of breeder Joy Jenkins.

Offered at the 2017 Gold Coast Magic Millions Yearling Sale, Symi was snapped up by the astute Alan Bell for $700,000 and, while the filly might have a long way to go to recoup the purchase price, the residual alone is already substantial.

“I liked her (Symi) a lot … she had plenty of length, size and quality about her but she also looked a lot like many of those quality Fastnet Rock fillies,” Bell reveals. “Don’t get me wrong, Fastnet Rock produces a lot of outstanding colts as his record clearly shows, but he’s certainly the best ‘fillies’ sire in my lifetime.”

A significant figure in the Australian thoroughbred industry as a veterinary surgeon, one-time trainer and now highly successful owner, Bell has been involved in one fashion or another with 30 plus Group One winners, including Champion Sprinter Schillaci (eight Group Ones), Grand Armee (seven Group Ones including two Queen Elizabeths), Primacy (Newmarket and three other Group Ones) and, in more recent times, Deep Field and Star Turn, who now stand at stud in NSW’s Hunter Valley.

“My first priority is to buy a ‘racehorse’ … be it a colt or filly,” Bell points out. “I used to concentrate more on colts and geldings, but the focus has shifted over the last few years.

“I’ve only got a handful of mares, but have kept shares in stallions like Deep Field and Star Turn and, while I don’t buy fillies specifically for those stallions, the value for nicely bred, well performed mares in this country has increased considerably.

“The maturation of this industry – particularly for locally bred horses – is incredible and racing and breeding here is really in the ascendancy. Paradoxically, many of the racehorses and breeding stock being imported are of a much higher standard than previously, again underscoring the strength of stallion and broodmare talent in Australia.”

Bell has no specific plans in mind for Symi and would leave the filly’s future in the safe – times three – pairs of hands that make up Team Hawkes training.

“We’re not going to rush the filly … I always thought she was the type who would get over a mile at three and stretch it out to a middle distance as she got older,” Bell adds. “It’s all about the longevity.”

Speaking of longevity, breeders Joy and Sam Jenkins has been involved with the filly’s family for over 30 years, racing Symi’s fourth dam, Hasty Miss.

“Joy and Sam have a select band of mares at Coolmore,” Coolmore Stud Manager, Jim Carey explains. “Symi, and indeed Catchy, were outstanding lookers. Catchy was big and powerful, almost like a colt, while Symi was a more attractive yearling with incredible movement.

“She was one of the best looking yearlings we had that year so hopefully she can progress well from that impressive debut. Plenty of her peers from that crop off the farm have proven themselves top-class already, including Oohood, Avantage, Long Leaf and Fundamentalist and with a bit of luck Symi will be another one!

“Cats Whisker had a full brother to Catchy and Symi that was sold for $500,000 at the (Inglis Australian) Easter Yearling Sale this year and he is in training at Lindsay Park, while her 2017 foal, now a yearling, is a lovely filly by Pierro.

“Cats Whisker is currently in foal to Fastnet Rock and, all being well, she will go back to him again this spring.”

HOOFBEAT: It’s still fairly cold in many parts of Australia (stop bragging Queensland!) but the action is definitely starting to heat up on the racetrack with the much anticipated return of Winx on Saturday. However, as comprehensively reported by Breednet, Winx will have plenty of company in the coming weeks.