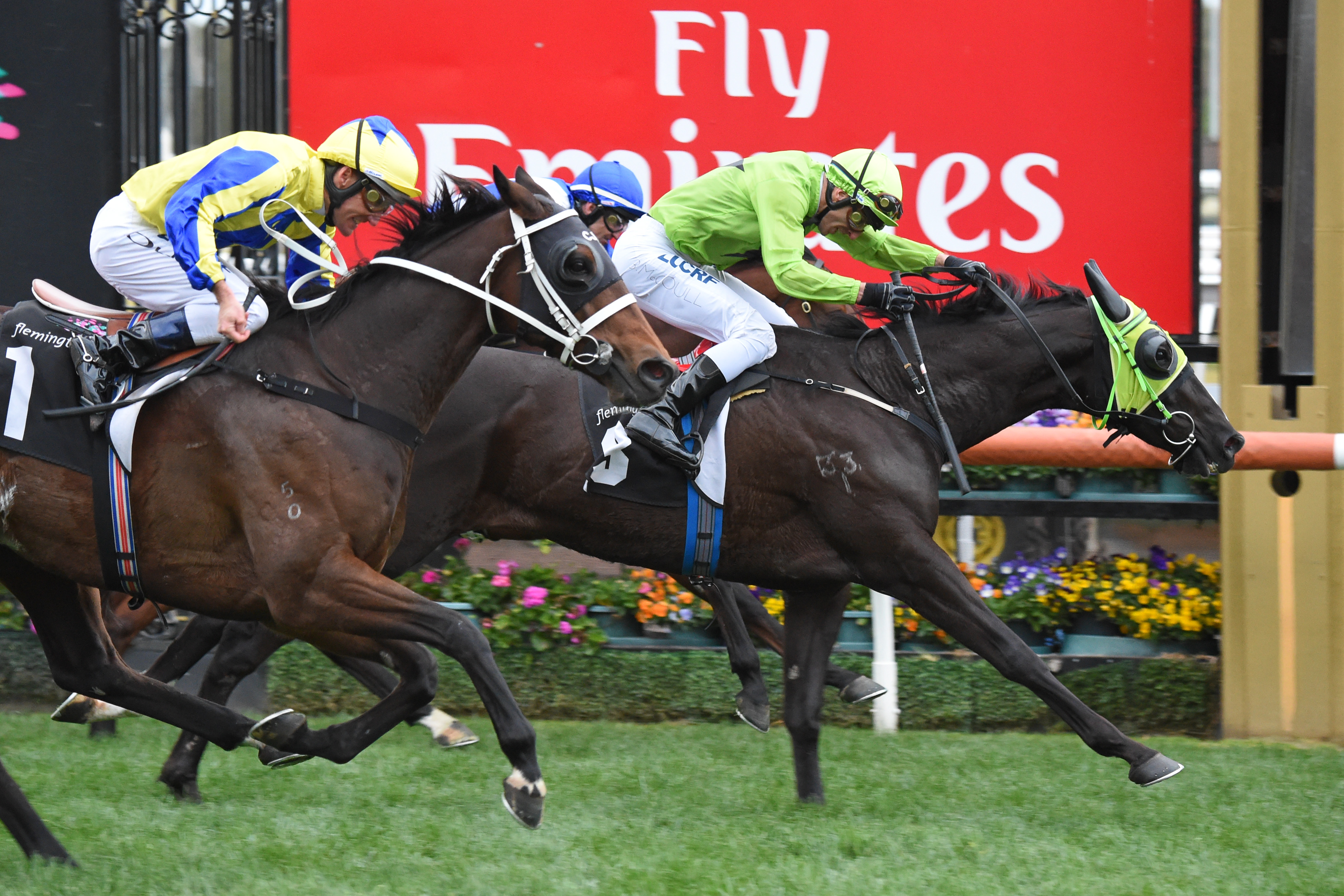 Everyone loves a horse like Tshahitsi. An on-pacer that just keeps grinding away. True grit without the big gut.

The 5YO gelding is certainly the pin up boy in Tasmania where he was born, reared and trained to win eight of his races – including a Listed TTC Newmarket Handicap – before heading across the Bass Strait to campaign in Victoria.

The decision to send him to the mainland – by breeder and trainer, Chris Crook, along with co-‘conspirator’ Imogen Miller – has paid huge dividends for the pair, culminating in the $151,000 Listed Winter Championship Final over 1600m at Flemington on Saturday.

Tshahitsi’s five runs this time in have resulted in a Echuca Cup victory in May, followed by an all-the-way win at Flemington, a third at headquarters two weeks ago, and now the Winter Championship.

Tshahitsi raced just off the lead for most of the Winter Championship journey and, shortly after hitting the front, it appeared he would be overhauled by race favourite, Amovatio, but the Tassie galloper just kept digging in to win by a neck.

“He makes his own luck,” Tasmanian jockey, Brendon McCoull enthused after the race. “He rolls along up on the pace and was just too good for them. All he wants to do is find the line … a terrific racehorse.”

Representing the stable, co-trainer, Miller, was no less thrilled with the performance and said: “it’s pretty exciting just to be here, let alone win. We’ve always had a huge opinion of the horse but you don’t expect him to kick goals like he has since he’s been here.”

“We’ve got about 17 in work and Imogen came on board in 2015,” co-trainer, Crook, explains. “I’ve been training for around 35 years, but with all the night racing, it just became too hard to handle it all on my own.

“Having Imogen alongside me has been hugely beneficial. I gave up riding a while back and she can ride work and is extremely conscientious – it’s a real win-win. I was so happy for her on Saturday.

“Tshahitsi is probably the best horse I’ve trained and to have bred him as well is pretty special.”

Training at Campania – “around 20 minutes drive from Hobart” – Crook used to breed from around three or four mares every year, but now concentrates on buying horses to replenish her stable.

“Unfortunately Tshahitsi’s dam, a Grand Lodge mare called Kita Ryokan, died and Tshahitsi was her last foal – isn’t that always the way! – but I’ve gotten rid of my mares and find it much more economical to buy them at sales.

“Still, I wouldn’t mind finding another Grand Lodge mare and send her to Tshahitsi’s sire Clangalang (who stands at Paul and Elizabeth Geard’s GG Horse Stud in Tasmania). “Clangalang’s Hobart Cup winner, Geegees Blackflash was the first horse to win a million dollars in Tasmania and he’s also out of a Grand Lodge mare.”

“Tshahitsi’s dam, Kita Ryokan is Japanese for ‘North Lodge’,” Crook points out. “So, we named her first foal, North Lodge (a Festival Hall gelding who won seven races), another foal got Quirribilly Lodge, and Tshahitsi is named after Tshahitsi Lodge, a swanky resort in South Africa. We dropped the ‘Lodge’ this time because we thought it was hard enough getting the tongue around Tshahitsi!”