Sunlight And A Slipper – Now That’s A Weekend! 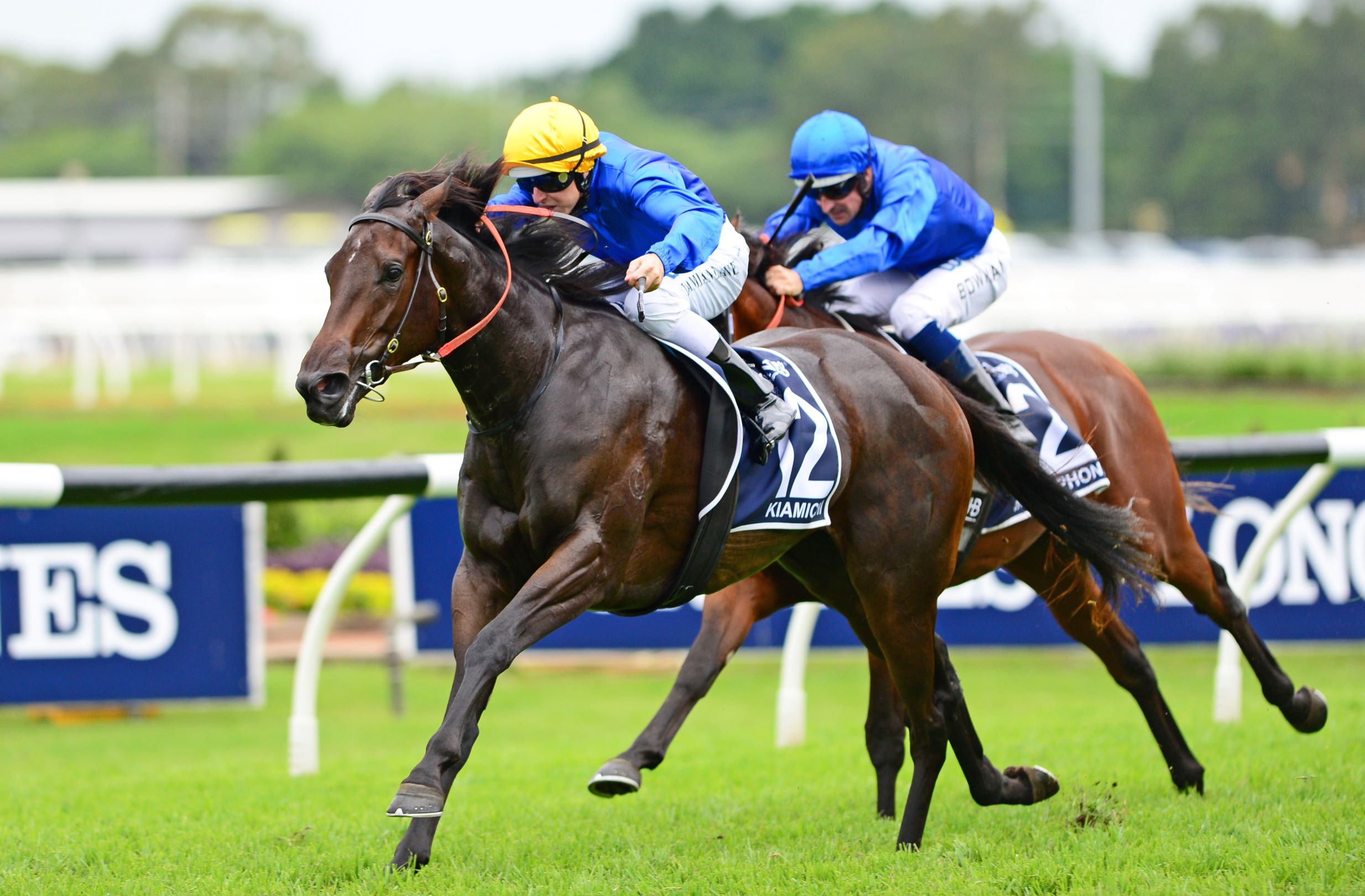 “What did you get up to on the weekend, Dan?”

“Well, on Friday we flew to Melbourne to watch our filly, Sunlight win her third Group One in the William Reid Stakes at Moonee Valley, while on Saturday, the stallion we stand at our farm, Sidestep, sired the winner of the $3.5 million Golden Slipper at Rosehill Gardens.

“Sunday was fairly quiet though. You?”

Somewhat ironically, Fletcher is a Financial Planner based at Emerald in Queensland, around nine hours drive north west of Brisbane. It’s unlikely that he would be advising anyone – at least for the next week or two – not to invest in the thoroughbred industry!

By his own admission, it’s been a remarkable run. Growing up in the bush, Fletcher was bitten by the bug at a very early age and claims his love of the game started with Turf Monthly and Racetrack magazines, along with videos like ‘The King and The Man’.

Then came the covert excursions from his boarding school in Yeppoon to place bets at the local TAB (“mum would have skinned me alive if she ever knew”).

Eventually there was ownership of a “bunch of slow ones” while, in more recent times, Dan and his wife Rae have reached the stage where they could step up from hobbyists into commercial breeding and racing.

One of the first cabs off the rank was Steal My Love, in foal to Sebring, whom Dan purchased for just $30,000.

The resultant colt would be accepted into the 2014 Inglis Australian Easter Yearling Sale and Fletcher thought Widden Stud, given that it stood Sebring, would be a natural fit to sell the youngster on his behalf. Thus, it begins.

Steal My Love’s Sebring colt was eventually sold for $185,000, but later he would race as Hattori Hanzo, capturing the Group Two Phar Lap before going on to success in Hong Kong and winning nearly HK$2 million in stakes.

Fletcher soon recognised the need to upgrade his mares: “The trouble was I had no money really, and I couldn’t bear the risk of putting what few eggs we had into one basket.

“So, I approached Derek Field at Widden to see if they did mares with partners … he must have thought I was a hick, but said ‘we do that all the time, so come see us at the sale’.”

A couple of months on from Easter ’14, Widden, Fletcher and Qatar Bloodstock would purchase multiple Group winner, Solar Charged for $650,000 at the Magic Millions National Broodmare Sale. She too was in foal to Sebring.

Solar Charged produced a filly, the stakes placed Sheikha, who would sell for $350,000 at Easter 2016, but it was her next foal – this time by Widden’s first season sire, Zoustar – which would prove to be the life changer.

While the Zoustar filly was sold for $300,000 at the 2017 Gold Coast Magic Millions Yearling Sale, Fletcher, Rae and their two daughters – Shannon and Jordan – would wisely retain a share. They called the filly Sunlight.

Apart from her William Reid, Coolmore, Newmarket, four other Group races and the $2 million Magic Millions 2YO Classic, Sunlight has now won $4,133,950 in stakes.

“Actually, it’s an all-female syndicate so all I do is hold my tongue and hold the handbags,” Fletcher says with a laugh. “Come to think of it, I am the handbag!”

In 2016, the Fletchers purchased a 240 acre property at Beaudesert which, under the ownership firstly of Peter Moran and then, Kevin Dixon, yielded an array of talent including Buffering, Gold Edition and, in an amazing coincidence, Zoustar.

They have called the property Telemon and, after installing respected horseman Joe Heather as manager, Fletcher went out searching for a suitable stallion.

“Once again, we had no money. So my search started with horses I could afford!,” Fletcher explains. “I found Sidestep. He was a very good horse – first colt home in the Slipper which is an incredibly good profile.

“I’d been emailing Vin for a few weeks to see if he’d be interested in letting us stand a horse for them and I saw him in the Widden marquee at Easter having a quiet coffee so, I went and introduced myself. Long story short, between Vin and Alistair Pulford we worked it out and we secured the horse who is now in the second year of a two year lease.”

“The fourth year is notoriously tough for any stallion, but Queensland breeders embraced the horse and gave him some good support last spring,” Fletcher adds.

But while Telemon worked hard to get numbers in 2018, there seems little doubt Sidestep will cover many more mares this spring and, one would guess, at a higher fee than $7,700.

After all, on Saturday, Sidestep became the first, first season sire since Stratum in 2010 (Crystal Lily) to produce a Golden Slipper winner after Kiamichi steered home a Godolphin trifecta, edging out Microphone and Blue Diamond winner, Lyre, in a sea of blue.

Kiamichi had become Sidestep’s first stakes winner just a week earlier in the Group Three Magic Night Stakes, but was sent out on the 10th line of betting for the 16 horse field: the least likely of the six Godolphin runners.

Seems no one bothered to tell the filly that though and she led from go to whoa.

So, was Team Fletcher front and centre at Rosehill too?

“As luck would have it, I didn’t even get to see the race live,” Fletcher reveals. “We had a late night at the Valley on Friday and had to be up around 4am to catch a flight to Brisbane. Unfortunately, we missed the connecting flight to Emerald and had to fly to Rockhampton instead, where my nephew, Billy Hutchinson, picked us up and drove us home.

“We pulled up on the stretch of road between Rocky and Emerald so we could listen to the race on the radio. Pretty much out in the sticks. We were riding that filly pretty hard over the final few hundred metres … God knows what anyone would have thought if they’d driven past and seen us all yelling in the car.”