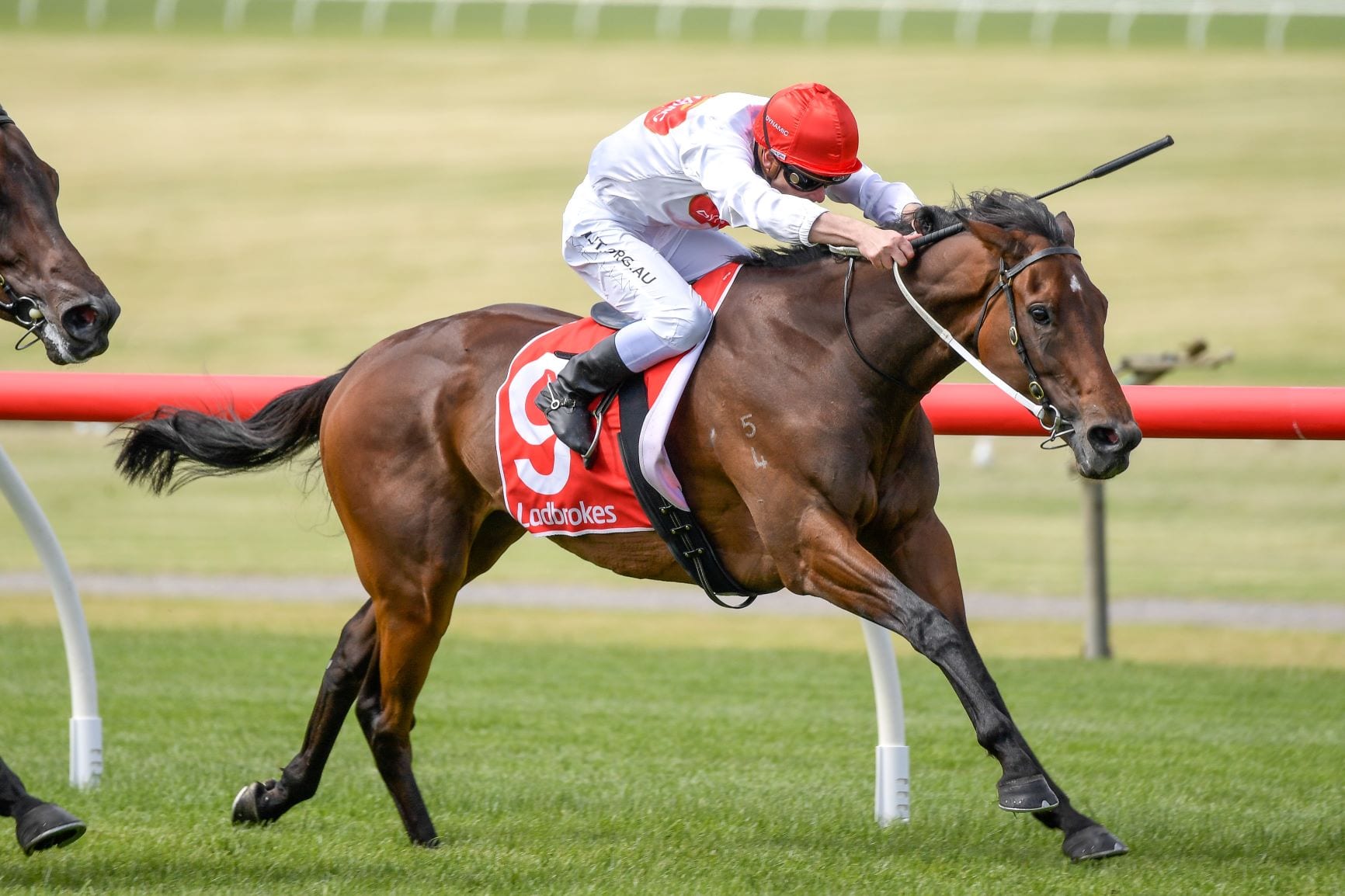 Two boutique thoroughbred operations have found themselves in the spring spotlight after sharing pivotal roles in the emergence of stakes-class mare Teleplay.

A Group Three winner against her own kind at Flemington on Melbourne Cup day, Teleplay ended her carnival with an extra flourish at the same level at Sandown.

Teleplay took on a field of weight-for-age sprinters in the Kevin Heffernan Stakes and came out on top in a heart-stopping finish.

She defeated Godolphin’s accomplished import Home Of The Brave and Group One winner Hey Doc in a win that will do wonders for her career as a broodmare.

Teleplay is the fifth foal from the Redoute’s Choice mare Special Episode, a three-quarter sister to First Seal, the champion three-year-old filly of a season that included Winx as one of her contemporaries.

In a page of significant black type, Teleplay’s family also includes the Australasian and South Australian Oaks winner Episode as her granddam.

The Burkes raised Teleplay as a foal before selling her privately to Harvey.

The deal was struck straight out of the paddock when Teleplay was a weanling during Harvey’s extensive search for bloodstock opportunities.

“I am always travelling around looking at horses and where I can, I will buy them out of a paddock,” he said.

Armed with some inside knowledge about Special Episode from his days at Woodside Park where the mare was trained and a liking for Written Tycoon’s progeny, Harvey found it hard to resist the athletic-looking filly when he first laid eyes on her.

“She already had good muscle definition and walked well .. so that’s why I liked her,” he said.

Harvey is making a name for himself as an astute investor who is active as a buyer and seller across different sales platforms.

He turns over between 20 to 30 broodmares each year while playing the pinhooking game with horses such as Teleplay.

Teleplay was sold to Dynamic Syndications for $85,000 at the 2016 Premier Sale in Melbourne, but Harvey recalls she was almost retained to race in his interests.

“It’s funny. I owned her with a mate when I put her through and I said if she doesn’t make eighty grand we’ll race her,” Harvey said.

“Well I sort of wish she hadn’t made eighty grand now. Otherwise we would have been racing her.

“Sometimes it flips the wrong way. You hold one that is slow but in the end it’s good for the brand.”

Harvey has extended the pinhooking arm of his business to the ready-to-run sales, a market he says is starting to get some traction in Australia.

“It’s taken a while to take off and resonate over here as opposed to America where they are big,” he said.

“My top seller this year was to a local trainer (Stuart Kendrick). It is starting to gain a bit of momentum so I will keep doing it.

“It’s good for cash flow at that time of the year as well.”

“As the crow flies we are within a kilometre of each other and I have been doing my own thing for about five years,” Harvey said.

After a lifetime in the industry, Harvey is confident his timing has never been better.

“The market is really good, the prizemoney is great and we’re seeing a lot of overseas investment coming through,” he said.

“Syndication is strong which is a big part of our buying bench now as well.

“But prize money is the all-important thing and racing seems in a pretty healthy state.”