Terravista’s Success A Matter Of Pride 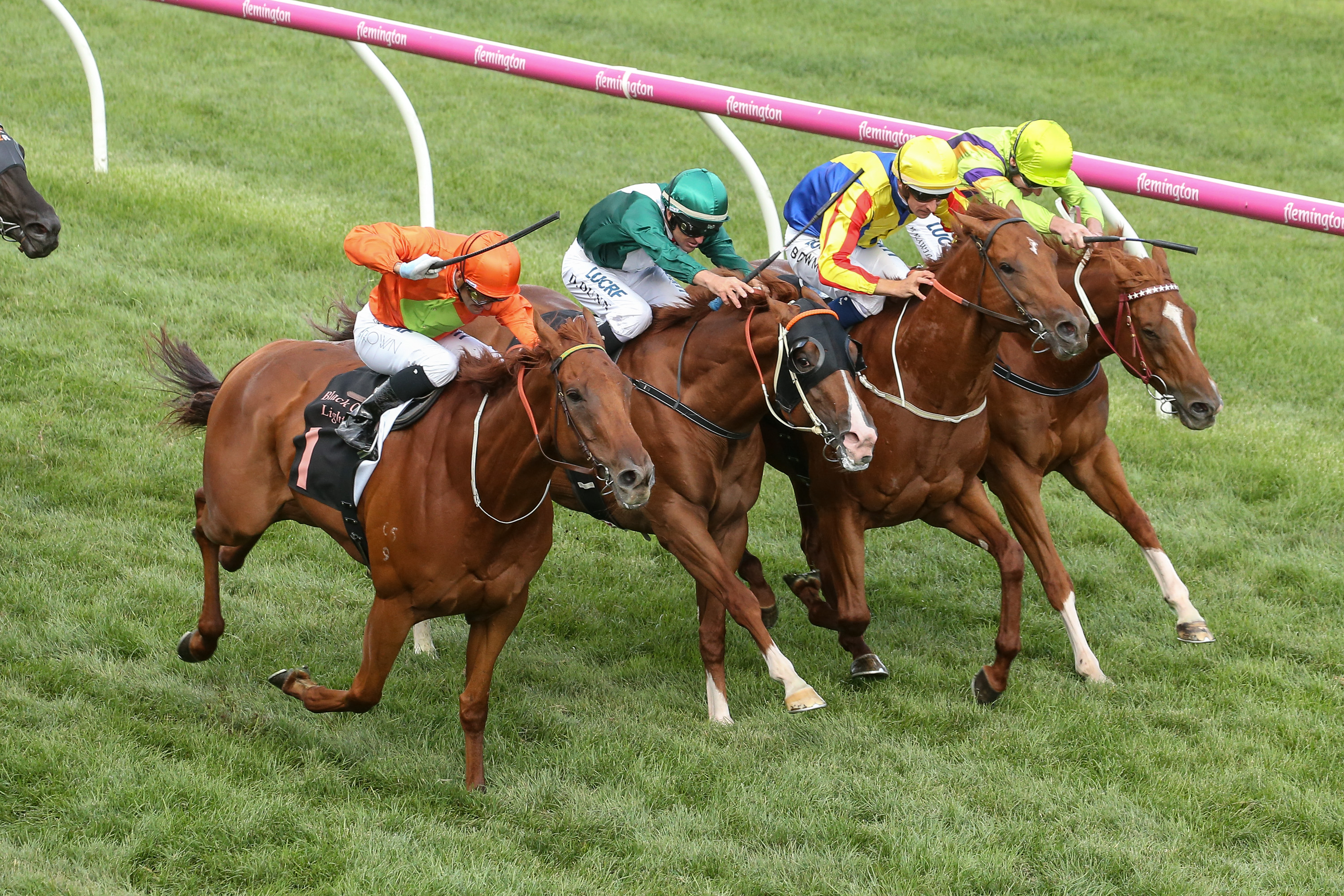 The Group One Black Caviar Lightning Stakes has a rich and storied history.

As the name suggests, the race is a true reflection of the finest and the fastest.

Unfortunately, the 2017 renewal might be remembered in some quarters for the ‘antics’ of 2016 Newmarket Handicap winner, The Quarterback, who went down after becoming fractious in the barrier and, due to lashing out, necessitated his scratching, along with that of Faatinah and Orujo.

However, the ‘start’ should not overshadow the ‘finish’, particularly given the final 50 metres of the 1000 metre scamper provided as much theatre as you’ll see in a Group One sprint: four across the line before the Joe Pride trained, Terravista, got the verdict in a photo. Three short half heads was all that split them.

It was a win for the ages and certainly one that Pride will remember ’til old age.

Pride has had some nifty gallopers along the way, including Group One winners Sacred Choice, Vision and Power, Red Oog, Regal Cheer and Tiger Tees, but quickly nominates Terravista as his No. 1 pick.

Indeed, at one stage Terravista was rated Australia’s premier sprinter having won the 2014 Group One Darley Classic at Flemington and followed up with Group One placings in the Newmarket, TJ Smith, the 2015 Darley Classic and, frustratingly, the 2016 Black Caviar Lightning Stakes.

Last year’s Lightning was a bitter pill to swallow given that champion jockey, Damien Oliver, fumbled the whip at a critical point and Terravista was only overhauled by Chautauqua in the last stride.

“You don’t get those close misses in a Group One back but it’s just nice for this horse to finally win another (Group One),” Pride points out. “If he had retired after winning just one Group One I’d have been shattered.”

Fortunately there were no pieces of Pride to pick up on Saturday and Terravista will now attempt to make it three Group Ones when he takes on the rich Lexus Newmarket Handicap, again at Flemington, on 11 March.

Not surprisingly, Pride is grateful to long-time client, Mike Ryan, who bred Terravista.

“Mike phoned me one day and asked if I’d be interested in a colt by Dubawi out of his mare, Parfore,” Pride recalls. “I agreed and got some clients together to race the horse, which turned out to be Tiger Tees. He won a (Group One) Galaxy and six other stakes races for me.

“Mike then asked if I’d be interested in taking the half brother by Captain Rio and at that time, from memory, Tiger Tees hadn’t raced. I said yes, and he turned out to be Terravista.

“Then the following year I got the offer to take Tiger Tees’ full brother which is now racing as Ball of Muscle. He won the Group Two QTC Cup, the Takeover Target Stakes at Gosford, ran second in the (Group One) Moir and was third in the Expressway last month, winning close to $700,000.

“That’s three in a row for me out of that mare and over $4.4 million in prizemoney … hopefully over $5 million after the Newmarket!”