The Dawning Of A New Age For Niarchos Family? 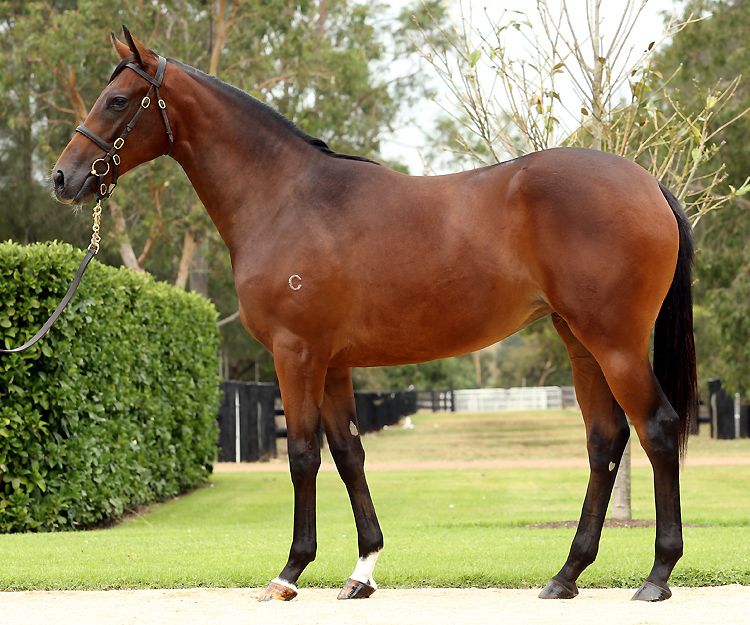 Also known as the ‘Wall of the Early Morning Light’, Dawn Wall is one of the most popular ascents of the world famous rock formation, El Capitan, in America’s Yosemite Valley.

One of rock climbing’s great challenges.

And when it comes to taking on a challenge, the Niarchos family has few peers. Over the decades, the Niarchos’ navy blue, light blue crossed sashes, diablo sleeves and white cap livery has pretty much scaled every height on racing’s global stage and could be ready to take on another peak with its exciting filly, Dawn Wall … a daughter of Fastnet Rock.

Last Friday, the Chris Waller trained, Dawn Wall, made it three on end (from four starts) by taking out the $200,000 Group Three Arrowfield Kembla Grange Classic (1600m) and is now on target for a tilt at the Group One Vinery Stakes (2000m) at Rosehill Gardens on 25 March before, perhaps, the Group One ATC Australian Oaks at Royal Randwick on 8 April.

Dawn Wall was purchased by Adrian Nicoll of BBA Ireland for $1.3 million at the 2015 Inglis Sydney Easter Yearling Sale on behalf of the Niarchos’s Flaxman Stables, in partnership with Coolmore and Demi O’Byrne.

That might sound expensive, even when you say it fast, but given her outstanding pedigree, potential earnings on the track and residual as a broodmare, the Kembla victory was icing in search of a bigger cake.

Dawn Wall’s rise and rise has been rightly welcomed in Australian racing circles, but while some commentators have suggested it’s the first Niarchos runner in Australia, the family’s racing manager, Alan Cooper, points to an earlier ‘experiment’.

“There was a Nureyev filly, bred to southern hemisphere time, way back in the early 1980s, that was placed with Colin Hayes,” Cooper explains. “I’m fairly sure she didn’t win though and it’s only recently that the family has become involved again. Hopefully Dawn Wall is well worth the wait.”

Cooper has been with the Niarchos family since 1984 and has closely watched many of their greats … Nureyev, his daughter – 10-time Group One winner, Miesque – and her son Kingmambo.

All up, the winners of 103 Group One races, either owned outright or in partnership.

“I got up early to watch the race at Kembla and was very impressed with the performance,” Cooper adds. “She appears to be top class and maybe she can make it 104 (Group Ones) for the family. Certainly it would be a welcome result to achieve Group One success in Australia as we have racing interests in England, Ireland, France, Germany, South Africa, the United States and now Australia.”

Cooper believes it premature to suggest that Dawn Wall will be sent to Europe as a broodmare when her racing days are done, but considers the filly to have an international pedigree in every sense of the term.

A daughter of Fastnet Rock, who is rapidly gaining the kind of acclaim north of the equator that he’s mustered down under, Dawn Wall is out of the Entrepreneur mare, Mennetou, dam of four other winners, including the Danehill Dancer stakes winning pair, Osaila and Obama Rule, while Dawn Wall’s granddam is the remarkable Detroit, Horse of the Year and dam of five stakes winners including Arc winner, Carnegie. This is also the family of Zabeel.

“It’s too early to say where she will end up as Dawn Wall is raced in partnership,” Cooper muses, “but it’s definitely a pedigree that can travel.”

Cooper wouldn’t be drawn on what comes next in terms of escalating racing interests in Australia, but the Niarchos family also shares ownership of two broodmares purchased by Nicoll in Pear Tart and Estelle Collection.

Pear Tart, a Group One winning daughter of Dehere, was sourced from the 2013 Magic Millions National Broodmare Sale for $675,000, while Estelle Collection, the dam of Horse of the Year, Lankan Rupee, was snapped up at the National the following year for $1.4 million.

The Niarchos family might have hit a wall with its very first runner in Australia but its 2016-17 revival is definitely on the rise!

Naturally enough, Coolmore Australia’s Sales & Nominations Manager, Colm Santry, is excited about Dawn Wall’s progress: “There is not a lot to be said about Fastnet Rock that hasn’t been said already.

“He has an astonishing record as a sire, which is well illustrated by the fact that Dawn Wall was his 31st stakes winner worldwide since the beginning of 2016. In that period he has sired six Group One winners and Formality will be aiming to become his 28th individual Group One winner in the Golden Slipper this Saturday. Of course she’ll have to beat another brilliant Fastnet Rock filly in (Blue Diamond winner) Catchy if she is to do it!

“Fastnet Rock is building a legacy that is going to last a very long time and the amazing thing is that he is still only 15 years old.”