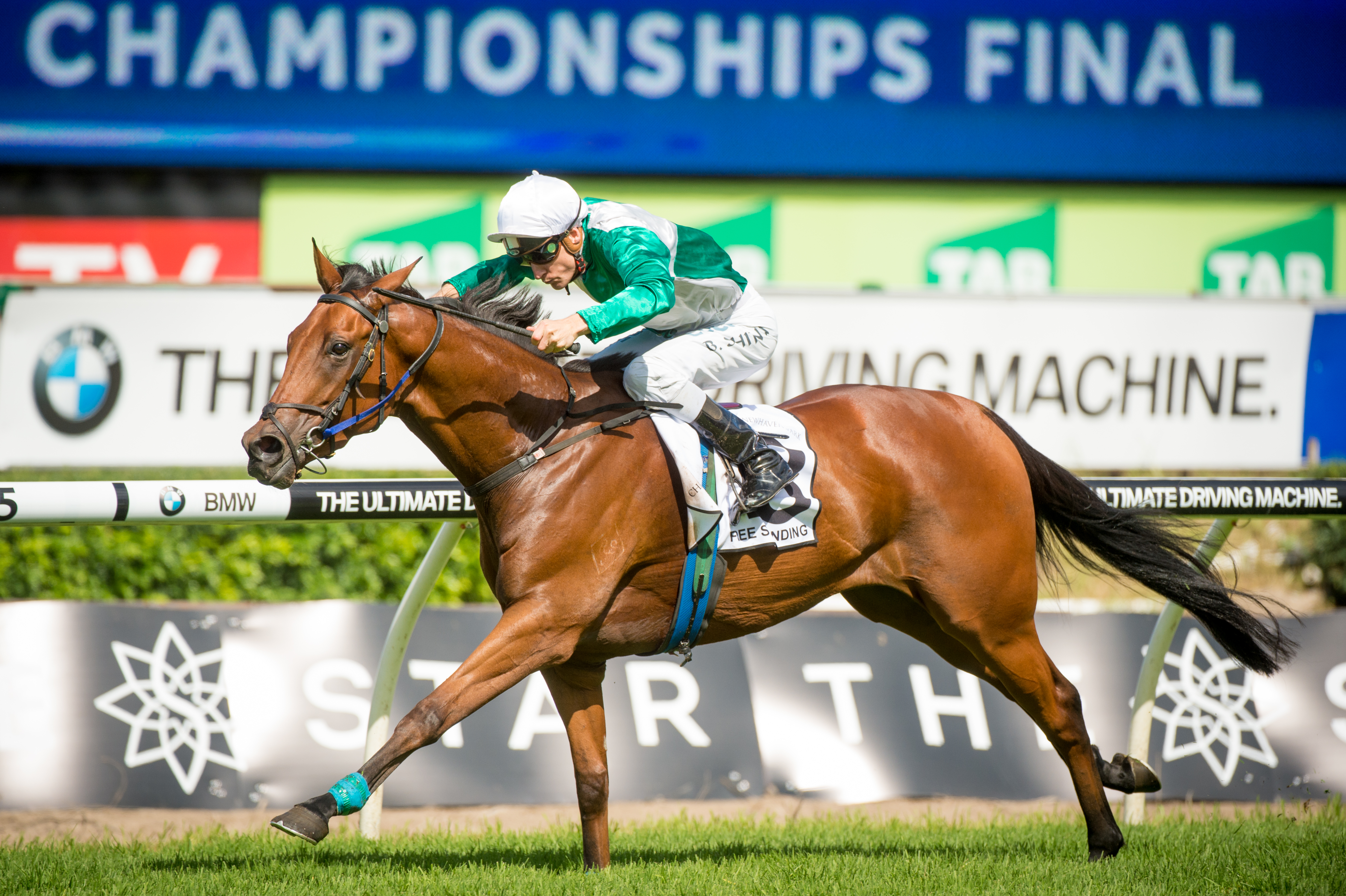 Cathleen Rode was really looking forward to a holiday. And not just a trip to Sydney for Saturday’s The Championships program at Royal Randwick.

No, a real holiday. The kind that doesn’t involve four legs and a feed bucket.

Rode, a trainer at Coffs Harbour on NSW’s north coast, hasn’t had a decent break in seven years and, by her own admission, was in desperate need of a spell.

To make matters worse, her team of four had been reduced to three after her 2YO full brother to Caerless Choice – winner of his first four races – died earlier this year.

Still, business before R&R and Rode was intent on bringing down her 4YO sprinter, Free Standing, to Sydney for the Newhaven Park Country Championships Final, a horse she not only trains but also races in ownership with her partner.

Despite a second at Grafton in February and wins at Randwick and Grafton last December, punters were looking elsewhere on Saturday and sent Free Standing out a $31 pick in the Country Final.

Rode admits the pay day clearly widens the options in terms of holiday destinations, but the win isn’t about to go to her head anytime soon: “I’m not sure where we’re going yet for our time off, but the first week of it at least will be spent looking after my granddaughter.

“I’ll just be happy to put my feet up for a while.”

Consequently, Free Standing and his two stable mates will also get an escape from the daily grind with Rode suggesting that her stable star could next target the Ramornie Handicap at Grafton in July (won by Takeover Target in 2004).

Who knows is right. Rode probably wasn’t thinking (dreaming maybe) about Randwick when she ventured to Melbourne for the 2014 Inglis August Thoroughbred Sale and spied a 2YO by Swettenham Stud stallion, Equiano.

The colt had been withdrawn from the VOBIS Gold Yearling Sale earlier that year, but Rode was taken by both the athlete and the price, with the youngster eventually knocked down for just $2,500.

“I’ve pinhooked a few out of the Victorian sales and also got Accord (another Rode winner) out of Melbourne.

“Free Standing was a lovely type … a nicely conformed horse,” Rode recalls. “He really caught my eye … he had this Prophet’s Thumbprint as big as your fist on his neck and that really attracted me as well. Turns out he was a pretty good buy.”

A ‘Prophet’s Thumbprint’ is a hair whorl that derives its name – as the legend goes – from the Prophet Mohammed who ‘branded’ his horses with his thumbprint as a reward for their loyalty.

Sounds fair. Rode is now rewarding both Free Standing and herself with a holiday.

Busy with his team of 15 youngsters for this week’s Inglis Australian Easter Yearling Sale, Newhaven Park’s John Kelly said his stud was proud to be involved with the sponsorship of the Country Championships Final.

“That was a great result for Free Standing and Cathleen Rode, but it was also tremendous to see so many country trainers participate. It had been a very tough week for a lot of those trainers, especially with the floods, and to see them all there at Randwick was fantastic,” Kelly adds.