Something Inevitable About Australian Guineas 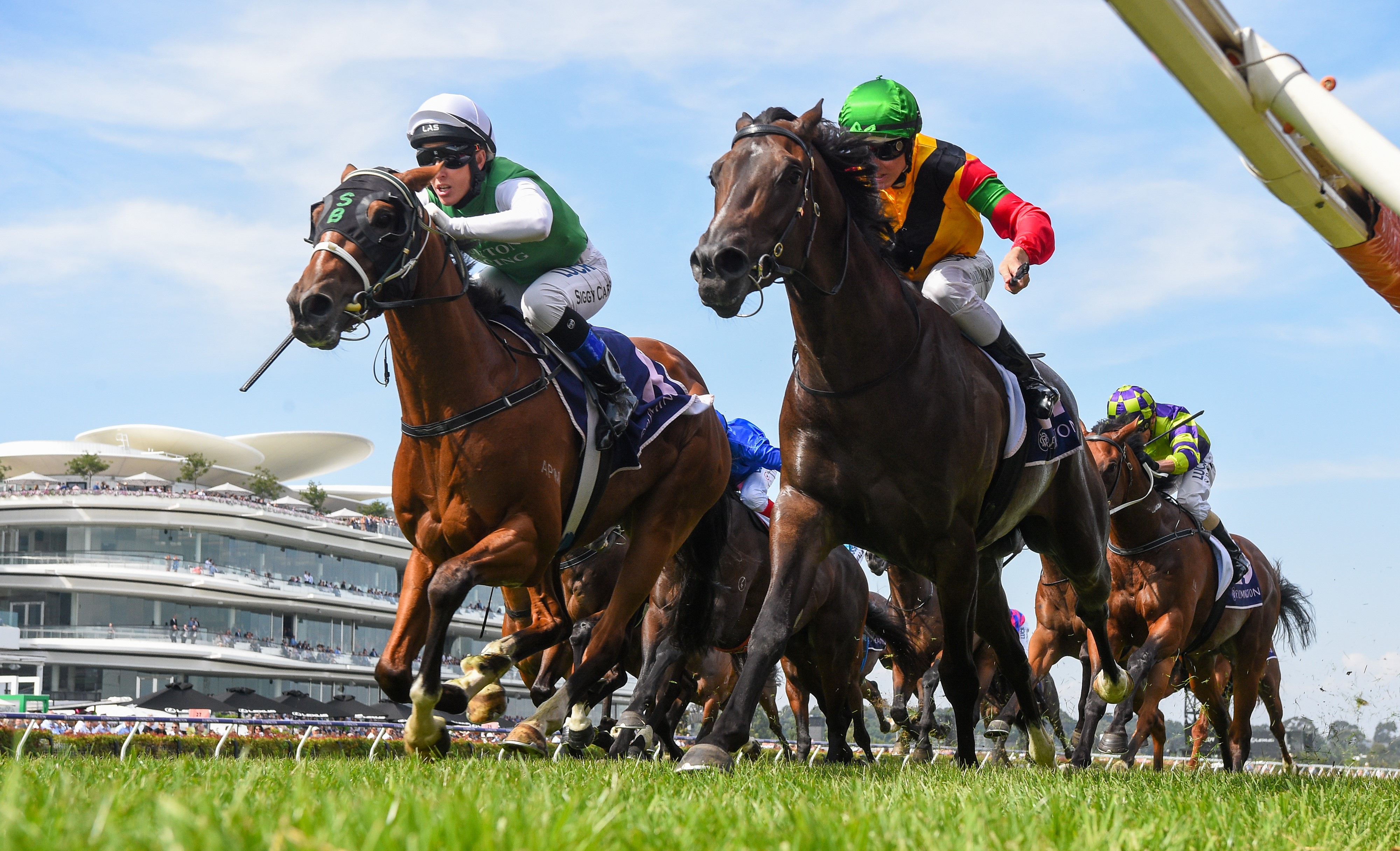 It doesn’t have quite the same ring to it as ‘the British are coming’ but the catch cry for next month’s $1 million Australian Guineas could well be ‘watch out for the Tasmanians’.

The Adam Trinder trained, Mystic Journey is ruling favourite for the 3YO Group One over 1600m at Flemington, but fellow Apple Isler, The Inevitable, raced right into Guineas contention with his victory in Saturday’s Group Three CS Hayes Stakes over 1400m at Flemington.

Sure, The Inevitable might not have captured the Hayes by very much – a lip as a matter of fact – but the grit he showed won quite a few hearts and, come the Guineas, probably the contents of a few pockets as well.

The Inevitable is trained near Hobart by Scott Brunton, who also saddled up Tasmanian Horse of the Year and Melbourne Group winner, Hellova Street, while his current star 3YO was purchased from the 2017 Adelaide Magic Millions Yearling Sale for $90,000 by father, David: a successful trainer in Tasmania for many years.

Having just his sixth outing on Saturday, The Inevitable ran third on debut in his only run at two, but has won the next five, including the Listed Tasmanian Guineas before his trip to Melbourne.

While The Inevitable hardly needs much in the way of new fans, particularly given his large ownership group outdid themselves in the celebration stakes at Flemington, he is poised to garner a huge following on the mainland due to his size. There’s not much of him: the literal pocket rocket. Head, tail, four legs, lots of heart.

Brunton acknowledges that’s the reason The Inevitable was picked up so ‘cheaply’ at the sales, given the now gelding is by Dundeel from the stakes winning 2YO and multiple stakes producing mare, Gift Bouquet.

She would become, quite literally, the gift that kept on giving.

With two foals on the ground, one of which – All Success – would go to win nine races in Macau, Gift Bouquet was offered at the 2002 Lindsay Park Reduction Sale.

The Inevitable’s breeder, Alistair McFarlane takes up the story: “I was on my way back from the dunny when Gift Bouquet went into the ring and, pretty much sight unseen, I started bidding on her before she was knocked down to me for just $9,000.

“I couldn’t believe I’d got her for that price. She was only the size of a pit pony, but was in foal to Jeune, who was a pretty good sire. I kept wondering what was wrong with her.

“That first foal turned out to be Blahnik who won five stakes races and $469,825, the next one, Monfils won five, the next was Elysees who won a stakes race at two, then Single Command won eight, while her Lonhro colt, Petman, won 10 races and was multiple stakes placed in Melbourne.

“All up, Gift Bouquet produced 13 foals for us, for 12 runners, 10 of them winners, which included three stakes winners. She died last year and The Inevitable is her last foal. What a mare.”

McFarlane and his wife Pat purchased Tori Park Stud in South Australia 20 years ago and the farm has produced a constant flow of winners ever since, including dual Group One winning filly, Hollow Bullet.

(McFarlane also purchased Hollow Bullet’s dam at a Lindsay Park Reduction Sale – for $11,000 and, like Gift Bouquet, in foal to Jeune).

However, a couple of bouts of bad health has seen the pair scale back their breeding operation in recent times.

“I’ve got interests in about half a dozen mares at Cornerstone Stud, while we also have shares in a handful of racehorses,” McFarlane reveals. “I like to keep shares in most of the horses I sell and, shortly after The Inevitable went through the ring I decided to retain 10%.

“I was just out of a coma after a brain seizure and Pat wondered why I wanted to bother keeping a share after I’d been so crook, but it turned out alright in the end!

“The Inevitable has won five in a row, while another of mine with John McArdle (trainer of Hollow Bullet) is called Blue Hope and he has won his last three, including a race at Morphettville a week ago.”

HOOFNOTE: Sold by Cornerstone Stud, The Inevitable is a timely advertisement for the 2019 Adelaide Magic Millions Yearling Sale which will be staged on 12-13 March and features 523 lots. A fellow Adelaide graduate from 2017 is Group One Thousand Guineas hero and Saturday’s Group Three The TAB Vanity winner, Amphitrite who was sold by Goldin Farms for just $50,000. And while we’re on the subject of sales, Mystic Journey was sold by Armidale Stud for just $11,000 at the 2017 Tasmanian Magic Millions Yearling Sale and has since won over $400,000, with eight successes from 11 starts including a stakes win at two (Elwick Stakes) and a pair of black type victories in Melbourne (Group Two Aquis Farm Fillies’ Classic on Cox Plate Day and the Listed Jim Moloney Stakes). Her most recent success was the Listed Magic Millions Thomas Lyons Stakes in Hobart on 10 February. The 2019 Tasmanian Magic Millions will be held in Launceston on 25 February. #ItPaysToBuyAustralian