The tale of a stallion’s Impending success 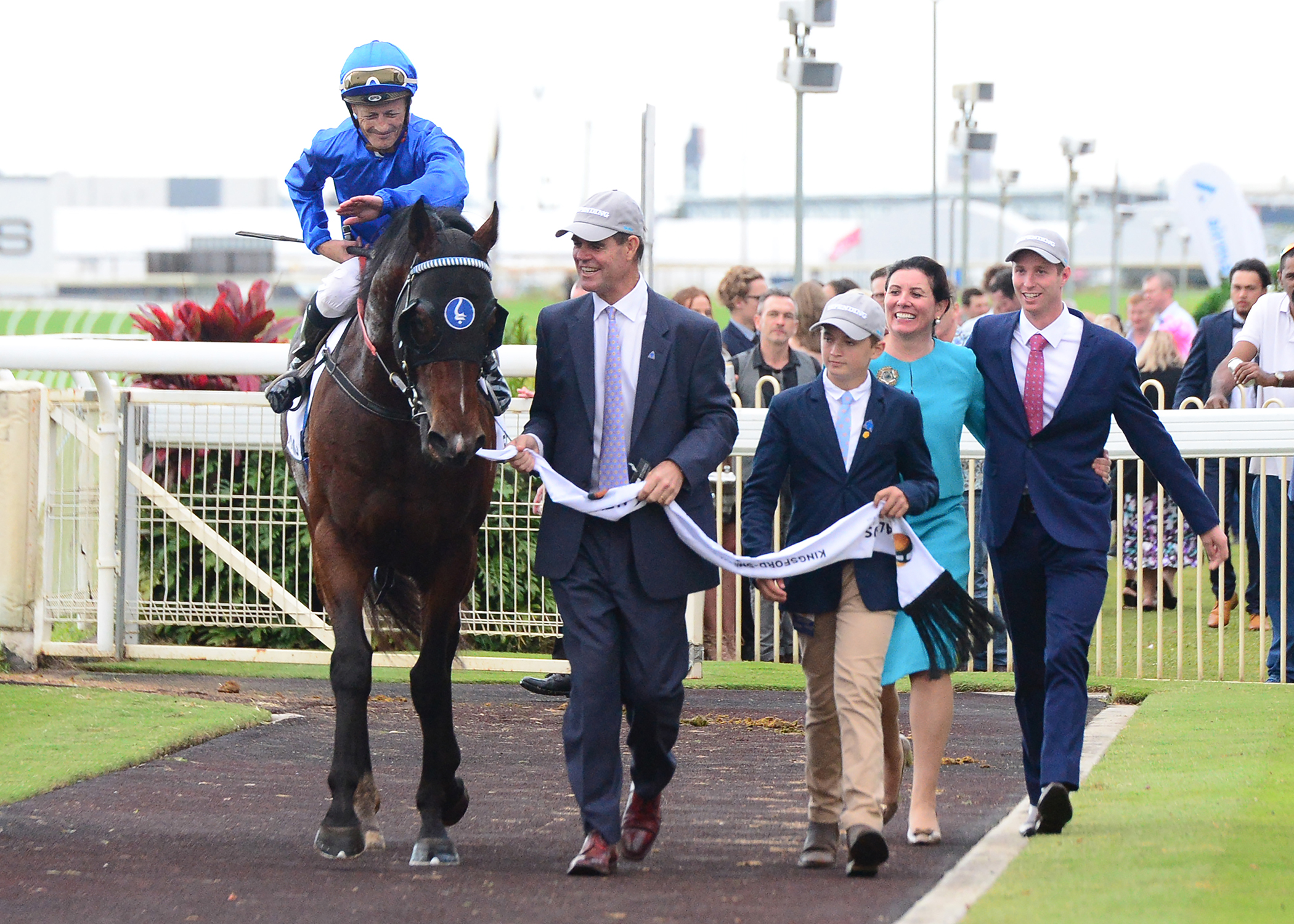 It is difficult to quantify the impact of a Group One victory on a prospective stallion’s career at stud, particularly a sprinter with impeccable breeding and the backing of the one of the world’s largest breeding operations.

Even more difficult to quantify when said stallion comes out and wins a second Group One as Impending did in Saturday’s $700,000 Altus Kingsford-Smith Cup over 1350m at Doomben.

Like Brisbane’s other Group One on Saturday – the Queensland Oaks – it was a thrill a second in the Kingsford-Smith with Impending edging out Le Romain in the last stride.

It was some win as Impending was all revved up with no place to go when turning for home, but jockey Damian Browne skillfully weaved a passage through the traffic.

Racing out of the powerful Godolphin stable, Impending clearly has a liking for the journey having won last year’s Group One Stradbroke Handicap, neatly tying in with previous victories in the Group Two Stan Fox and Victory Stakes, along with placings in the Group One Golden Rose, Darley Classic and, more recently on 12 May, a neck second behind English in the Doomben 10,000.

All up, Impending has produced five wins and eight placings from 17 outings for $2,403,989 in prizemoney.

And he might not be done yet. Godolphin Australia’s managing director, Vin Cox, has declared that Impending will likely be given the chance to defend his crown in the $1.5 million UBET Stradbroke Handicap on 9 June before heading off to Darley’s Victorian farm at Northwood.

“At this stage all indications are that he’ll be given 57.5kgs for the Stradbroke, which is a fair weight given he’s a Group One weight for age winner now and he won the Stradbroke (52.5kgs) last year,” Cox points out.

The good news for broodmare owners is that regardless of the result in the 2018 Stradbroke – or the Kingsford-Smith for that matter – Impending’s fee had already been set at $22,000 for the rapidly approaching breeding season.

One of 75 stakes winners for Champion racehorse and sire, Lonhro – whose other sons at stud include the rising star, Pierro – Impending is out of the dual Group One winning Encosta de Lago mare, Mnemosyne and is a half-brother to Group winner Forget.

“We had the option, of course, to stand Impending in the Hunter Valley but we’ve got a massive investment in Victoria and reckon he’ll be a perfect fit for Darley Northwood,” Cox adds.

“The strength and depth of the Victorian market is huge and, hardly surprising, there has already been a lot of interest in Impending from the state’s broodmare owners.”

“I’m really excited both personally and for the industry. Impending should do very well in Victoria,” O’Brien enthused.

“I purchased a breeding right in Impending recently and quite a few of my fellow breeders in Victoria took up the offer as well.

“We (Lauriston Thoroughbred Farm) raced Street Smart, who competed against Impending’s mum Mnemosyne and I’ve always fancied the Lonhros, while the outcross with Encosta de Lago will be ideal for a lot of broodmare owners.”