The View On High For Tivachi 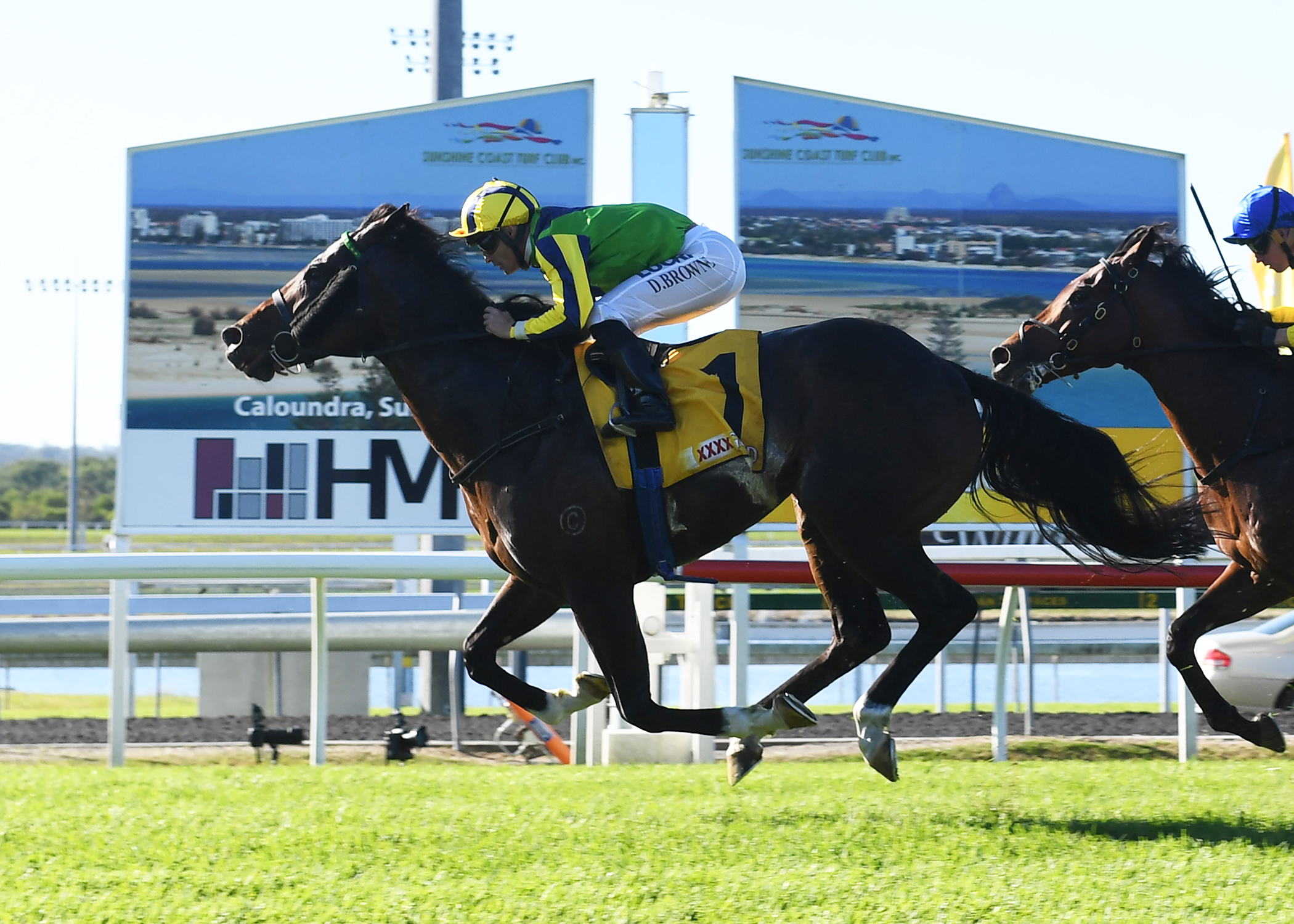 Bart Cummings’ power of persuasion was legendary. Back in 2008 he convinced Garry Mackrell they should buy the Fastnet Rock yearling from Luna Tudor and, $140,000 later, the deal was done.

Naming the filly Breccia, she unfortunately didn’t match expectations on the track – two wins at Kembla from 17 outings – and so the pair decided to sell her.

Breccia was then put in foal to High Chaparral and Cummings, who has had a bit of success with the sire, decides to buy the mare at the 2012 Easter Broodmare Sale for $280,000.

Breccia produces a colt for Cummings and he then puts her back through the sale ring the following year.

Re-enter Mackrell who snaps up Breccia for $70,000 on behalf of his Bell View Park.

The mare wasn’t in foal but it appeared to be a very good deal at that price.

It became an even better deal on Saturday when the Cummings-bred, High Chaparral colt – by the name of Tivaci – won the Group Three Sunshine Coast Guineas and is now shaping as a Group One contender for Melbourne’s spring carnival.

It was a ‘memorable’ performance on the Sunshine Coast from Tivachi, who stormed to the lead in the straight and appeared set for a very easy win, but veered off course and eventually defeated fellow High Chaparral, High Spirit, by one and a quarter lengths.

“He (Tivaci) should have won by four or five,” trainer Mike Moroney mused post race. “He has always shown me Group One ability but has been unlucky in some of his starts.

“Tivaci beat the subsequent Australian Guineas winner, Palentino, when taking out the (Group Three) CS Hayes and he had no luck at all in the Guineas.

“We were aiming for the Sydney Easter carnival with Tivaci but the timing wasn’t right and, after trialling in Sydney, we sent him up to Queensland.

“I thought it was a very good run on Saturday and we’ll now target the three Group Ones in Melbourne – the Rupert Clarke, the Toorak and the Emirates.

“I think he’ll go very well in Melbourne. His dam is a half sister to the Toorak winner, Allez Wonder.”

Moroney’s brother, Paul, paid $250,000 for Tivaci as a yearling at the 2014 Inglis Easter Yearling Sale and continues the success that the Moroneys have enjoyed with the High Chaparrals.

The sire of 81 stakes winners world-wide, High Chaparral stood at Coolmore Stud for several seasons before sadly being euthanised in Ireland in 2014.

His Group One winners include So You Think, Shoot Out, Fenway and Dundeel, while Moroney has his fingers crossed that Tivaci can join his stable’s other High Chaparral black type winners, Monaco Consul (VRC Derby) and Araldo, winner of the Bart Cummings at Flemington.

As for Mackrell, he never tires of the twists and turns in the thoroughbred industry and will be hoping that Moroney’s ambitious spring campaign for Tivaci goes according to plan.

“Breccia wasn’t served last spring but her yearling colt by Dalakhani was sold to McEvoy Mitchell Racing for $180,000 earlier this year at the Inglis Premier, as was her Dundeel colt which was purchased by Sheamus Mills for the same amount at the Magic Millions National Weanling Sale,” Mackrell points out. “No decision has been made yet on where Breccia will go this time around but her Dundeel colt – a three quarter to Tivaci – was a very nice type, so that’s as compelling a reason as any to consider sending the mare back to him.”

Operating from its NSW South Coast base, Bell View Park has been operational for less than 10 years but is now a significant presence at major auctions and has also enjoyed racetrack success via Group One winners Russeting and Dariana.