Thrilling Guineas Was All Too Hard 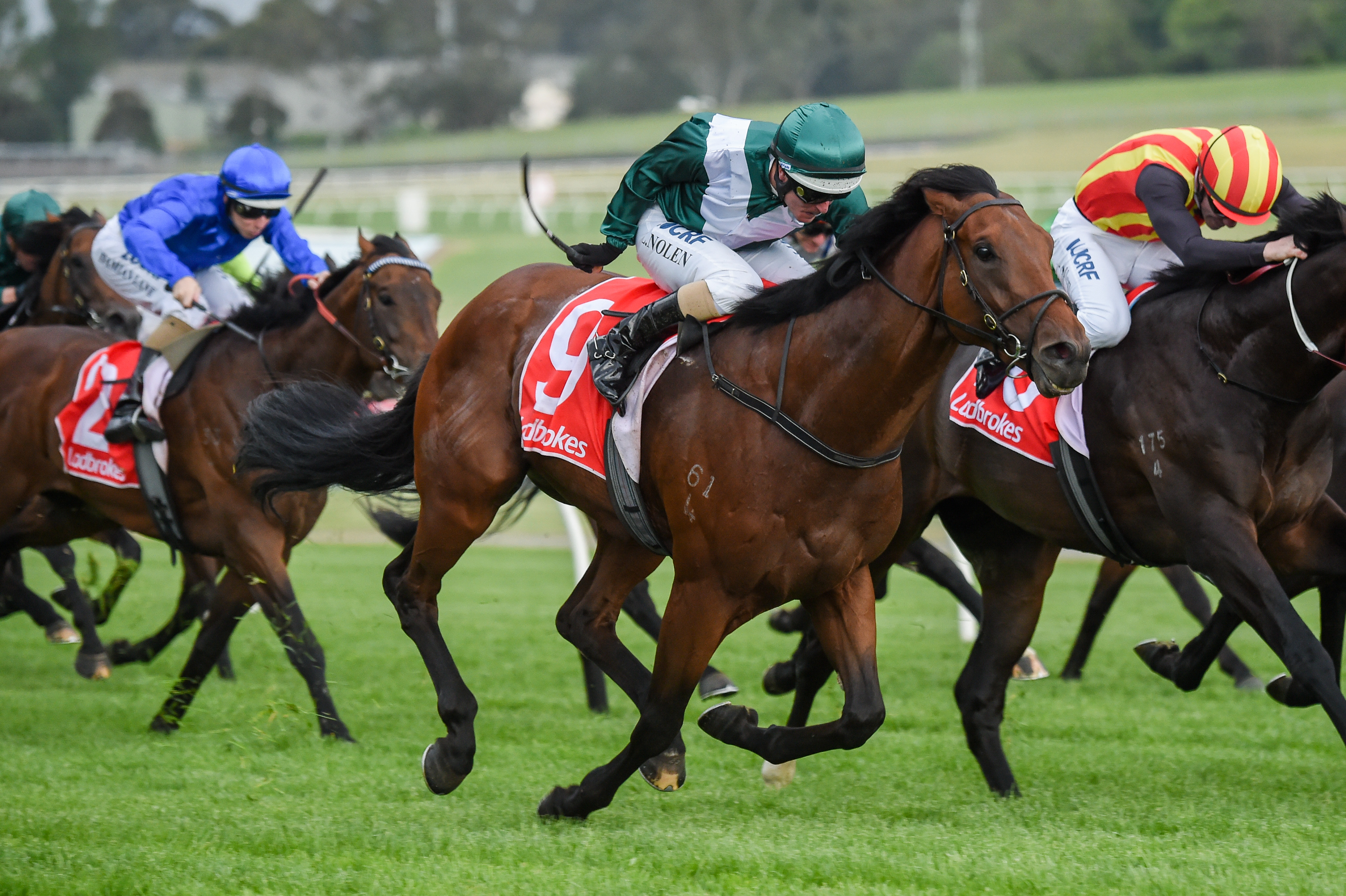 A great result either way for Team Purcell, but a particular windfall for Vinery Stud which races Villermont in its familiar green, white vee colours and also stands the colt’s sire, All Too Hard.

Villermont was bred at Vinery by international investor, Tom Simon (through his Southern Breeding Ventures), who purchased the Hunter Valley nursery in the late 1990s and has had a long involvement with the colt’s family.

While admitting to getting a few new grey hairs courtesy of the last gasp Guineas victory, Vinery’s Adam White reckons it was a huge result and is looking forward to the autumn.

“Both Villermont’s sire and dam took our colours to Group One success. He (Villermont) is out the Group One winning Dehere mare, Bollinger (STC Coolmore Classic) and is her seventh and final foal,” White explains. “It’s a great family and one that our farm has a long association with. Bollinger is out of the Golden Slipper winner Bint Marscay who Tommy owned throughout her breeding career and who he also bred Group winner Mannington from. We also bred and part owned, Benicio, who was from Mannington and became More Than Ready’s first Group One winner in Australia when he won the 2005 Victorian Derby.

“Villermont is one of only two colts from Bollinger, the other being Group Two Louisiana Derby winner, Friesan Fire, who started favourite in the Kentucky Derby and is now at stud in North America.

“So, after Ciaron Maher purchased Villermont for $250,000 at last year’s Inglis Australian Easter Yearling Sale, we asked him if we could stay in the colt and fortunately he agreed.

“We had an opinion of the colt from very early on and, quite apart from the pedigree page, he’s also from the first crop of All Too Hard who we enjoyed a lot of success with.”

Villermont – who was having just his fourth start on Saturday (two wins, a third and $172,910 in stakes) – is the third stakes winner for 4-time Group One winner, All Too Hard, who also had All Too Huiying win the Listed Seppelt Wines Stakes at Flemington on Oaks Day.

“We couldn’t be happier with the way All Too Hard is progressing, he is really starting to make a serious impact as a stallion and had three winners on Saturday,” White adds. “Sadly Bollinger died last year, but Villermont’s winning half sister, Bollinger Rose (by More Than Ready) is in foal to All Too Hard, as is Bollinger Rose’s full sister, Madame Lily.

“Actually, Madame Lily is still racing and is with Matt Dunn on the NSW north coast where she’s preparing for some stakes races in Queensland next month.

“As for Villermont, he’s being tipped out for a spell and is due to return in the autumn with a likely target being the (Group One) Australian Guineas. He’s got the (pedigree) page and he sure has the looks, so if he can pull off a Group One, he’ll definitely be a genuine stallion prospect for us.”