Ron Gets Better Part Of Valour 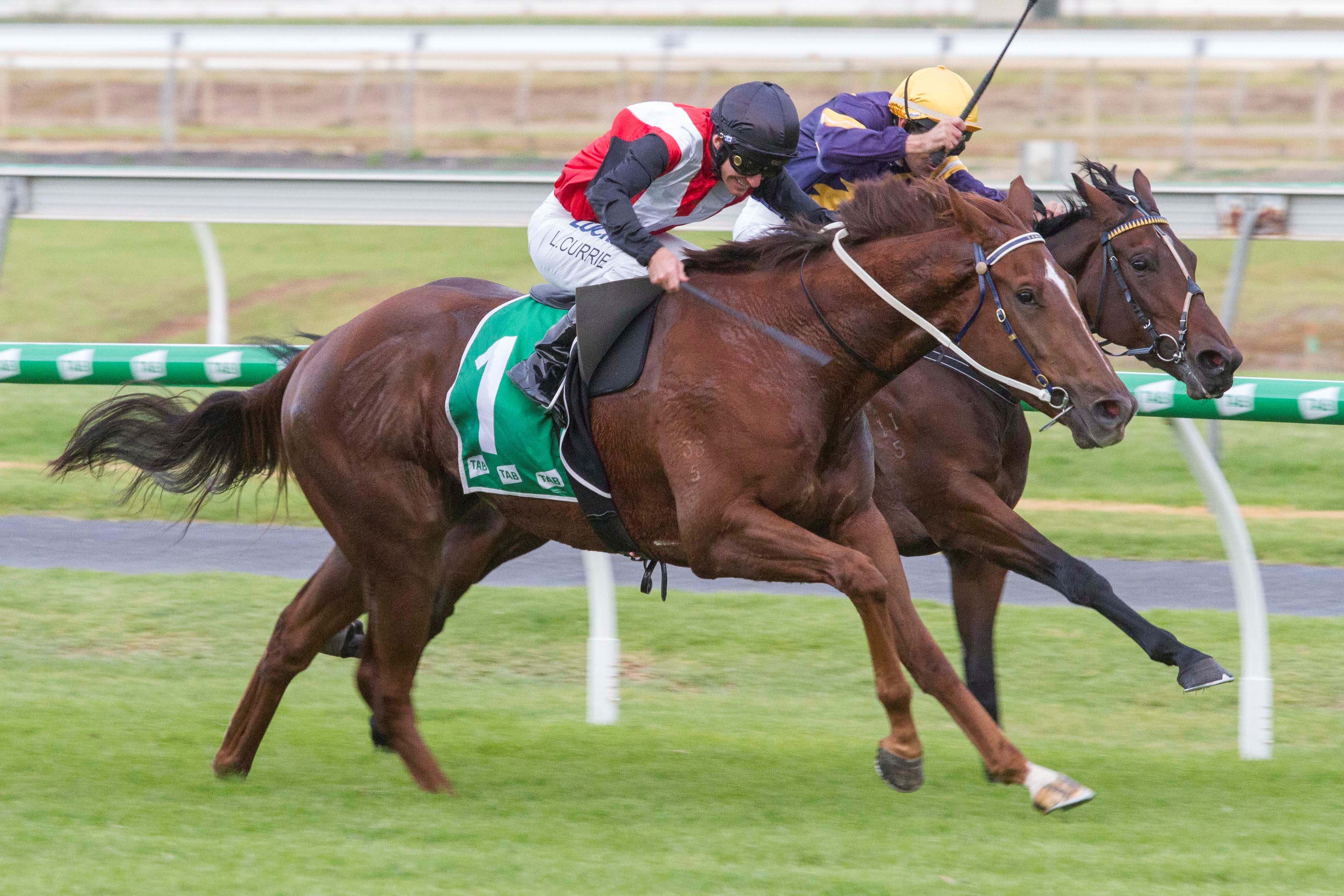 As far as birthday presents go, winning a Group Two with a horse you bred and part-own is tough to top.

On Saturday at Morphettville, Ron Sayers looked on as his exciting 3YO, Valour Road, captured his second stakes victory in the Euclase Stakes over 1200m. And what a win. After taking the lead early, Valour Road was getting plenty of attention over the concluding stages, yet held on grimly in a brilliant display of sheer grit. A cheer for every stride.

Trouble is, Sayers was 2,700 kilometres from Morphettville and had to be content to barrack at the telly from Perth’s Ascot racecourse.

“I’ve got a 2YO colt by War Chant, called War Saint, who won his debut very impressively a couple of weeks back,” Sayers explains. “Anyway, a couple of mates, who have never been to the track before, are in the horse so I decided to stay in Perth and spend the afternoon with them. War Saint had drawn wide though and ended up getting beaten.

One of Western Australia’s most successful miners and founder of billion dollar operation, Ausdrill, Sayers sold his shares in the company last year, but remains one of the state’s biggest thoroughbred investors.

In 1997, Sayers purchased Yarradale Stud – 40 minutes north east of Perth – and has owned as many as 200 broodmares and had shares in 10 stallions. However, he has scaled back in recent times to 120 mares and six stallions.

Yarradale Stud has four of those stallions on its roster: Bradbury’s Luck, Gingerbread Man, Heritage and the evergreen, War Chant, whose 41 stakes winners include the 2017 Group One William Reid Stakes winner, Silent Sedition, while War Chant is also the damsire of 2019 Kentucky Derby winner, Country House.

Unfortunately for Sayers, Valour Road’s sire, Frost Giant – a Group One winning Giant’s Causeway stallion – only stood the two seasons at Yarradale, but took ill and couldn’t shuttle in 2015.

“He (Frost Giant) is doing quite well in New York and I was quick to text his owner to let him know that Valour Road won the Group Two and I’m hoping one day we might get the stallion back here,” Sayers reveals. “Valour Road is a gelding but I’ve got his 2YO half brother by War Chant and it’s a good family too with the dam, Melba Avenue, a half sister to multiple Group winner Raspberries, while other relations include the Group One winners Flavour and Sonntag.”

Winner of the $251,000 Magic Millions at Pinjarra on debut and Group Two Karrakatta Plate at his next outing, Valour Road has now won four from eight and $729,307 in prizemoney.

Valour Road still has a fair way to go though to catch up with Sayers’ standard bearer, the 2001-2002 Cox Plate winner, Northerly.

A “victim” of racing since he was four years old, Sayers quips that Northerly might be the best/worst thing that’s happened to him.

“I bought a share in Northerly and he ended up winning nine Group Ones and nearly $10 million in stakes. However, it’s cost me a lot of money in the nearly 20 years since trying to find one to replace him!,” Sayers adds with a laugh.

Valour Road’s trainer Simon Miller, meanwhile, will be aiming to collect his first Group One success in the Goodwood.

Originally with Robbie Griffiths in Victoria before taking over as foreman for John O’Shea in Sydney, Miller established a stable in Perth nine years ago and has gone on to saddle up the winners of 49 stakes races: Whispering Brook, Power Princess, Miss Rose de Lago and Night War among them.

With just the three Group Ones annually in Perth, Miller has nevertheless had several placegetters at the elite level, but is hoping to break his duck for Sayers via Valour Road.

“I’ve usually got four or five in work for Ron and, fortunately, I’ve trained quite a few winners for him,” Miller explains. “Valour Road was offered by Yarradale Stud at the 2017 Perth Magic Millions Yearling Sale and I picked the horse up for $60,000.

“Ron usually offers to keep a leg in the yearlings he sells, but most of the ones I buy are usually fully subscribed. I’ve got a great bunch of owners in Valour Road – you should have seen them celebrating on Saturday! – but for a little while after the sale there was still 30% left … so I gave Ron a call.

“After the horse got back from the breakers and we’d given him a couple of tryouts, I just had to ring Ron and tell him that I bet you’re glad you took that extra 5%.”

HOOFNOTE: The Euclase victory had special meaning for Sayers as he stood the race’s namesake in Western Australia for several seasons. Winner of the Group One Goodwood, Euclase is best remembered as the sire of Group One winning sprinter, La Baraka.