The Playful History Of Victorem 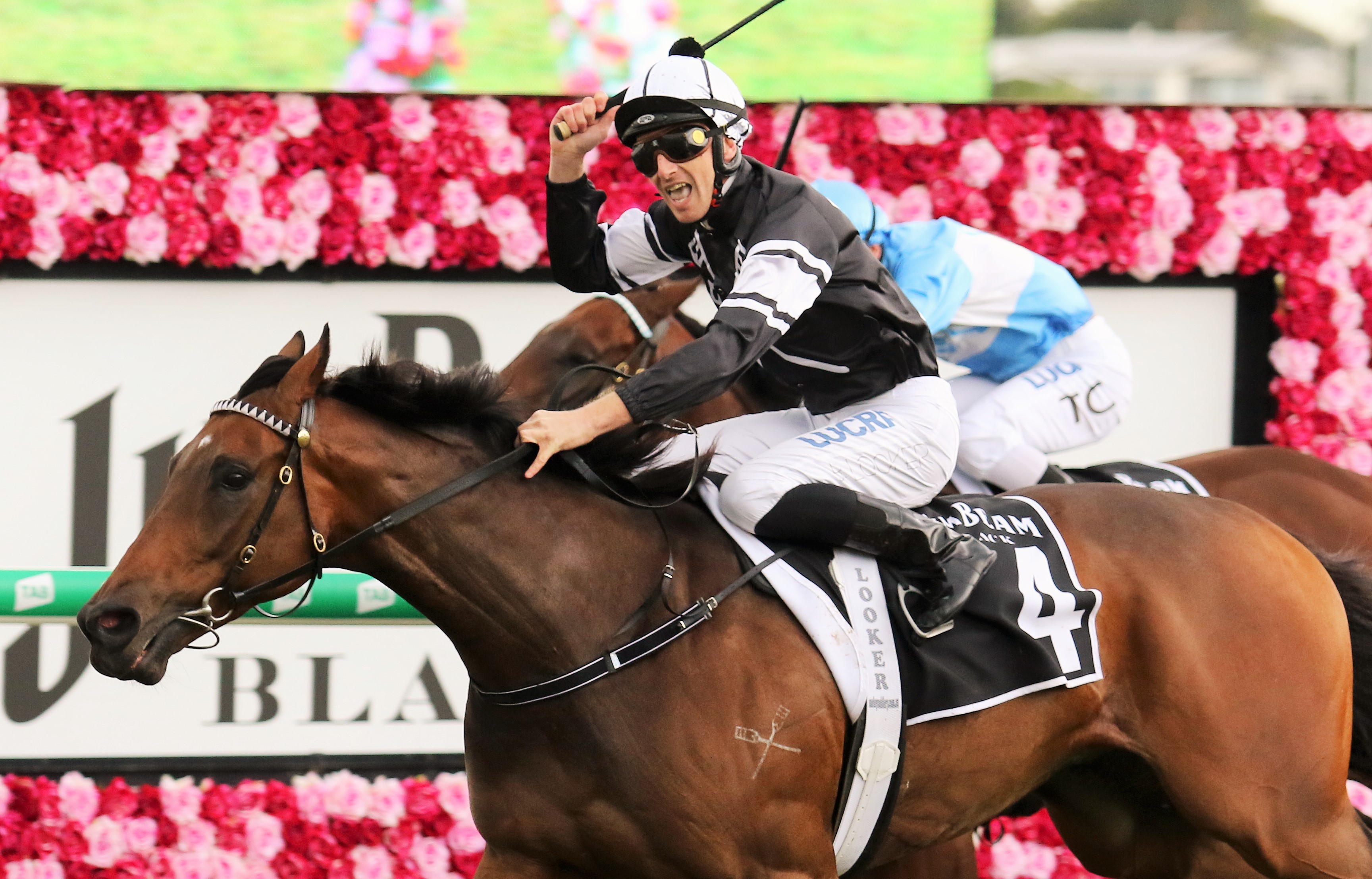 Do yourself a favour and watch a replay of the Listed Jim Beam Black Hinkler Handicap over 1200m at Eagle Farm on Saturday.

It’s remarkable. The I Am Invincible 4YO, Victorem, appears to sprout wings over the final 100m, peeling off the fence in the last seconds and producing a barnstorming finish to score convincingly … and with plenty in hand.

It was the pride of Port Macquarie’s second stakes win – and seventh victory overall (from 15 starts) – but it’s debatable any that came before were nearly as thrilling.

Winner of the $600,000 Country Championships at Randwick last April, placed in the Group Three George Moore, Listed Ortensia Stakes and a whisker second behind Most Important in the Listed Keith Noud, Victorem had a deserved black type breakthrough in the Listed Lough Neagh last December.

Resuming in May, Victorem had his first tilt at Group One level two weeks ago in the Kingsford Smith Cup, finishing midfield, but it wasn’t enough to get the horse a start in the $1.5 million Stradbroke Handicap, also run at Eagle Farm, on Saturday.

“It was disappointing missing the Stradbroke but I’m on top of the world after that win,” a delighted trainer, Jenny Graham,  points out. “Victorem has only had the three runs this time in so I might give him another go at Ipswich this Saturday in the (Listed) Eye Liner Stakes (over 1350m) but will make a decision later in the week.

“He’ll definitely be tipped out for a short break after that and brought back in time for the Kosciuszko in October.”

(Victorem finished fifth in last year’s inaugural $1.3 million Kosciuszko which was run on a heavy track … “he can perform in the wet, but definitely prefers the dry”).

Training at Port Macquarie – on NSW’s north coast – for the best part of 20 years, Graham has 13 in work but Victorem is definitely a career high. And Graham’s pretty familiar with the family too, having trained Victorem’s dam, Playful Miss, to four wins, including one at Canterbury.

A hobby breeder who owns a metal roofing company on the Gold Coast, Owens was originally from Port Macquarie and a number of close friends from the district are part-owners of Victorem, as is Owens’ wife, Lea, and brother, Kevin.

Owens, who has raced some 30 horses over the years, has had quite the storied history with Victorem and his mum, Playful Miss.

“I purchased Playful Miss as a weanling (for $30,000 at the 2008 Magic Millions National Weanling Sale) and was going to pinhook her but she got sick before the sale and so I raced her … she was the first horse I had with Jenny,” Owens recalls. “The filly had a few issues and Jenny reckons we never got to the bottom of her, so I decided to breed from her.

“Anyway, she slipped her first foal and so I gave Playful Miss to Michelle Kelly who had actually bred the mare. After I bought Playful Miss from her I’d formed a good friendship with Michelle and she had a couple of my horses at her Hunter Valley property.

“In exchange for the mare, she gave me some free agistment, but it wasn’t long before I regretted my decision to part with the mare. Michelle got Playful Miss in foal to I Am Invincible but had decided to downsize, so she rang me and gave me first option on the mare and her colt. Victorem was only seven days old at the time and that’s why he’s got my brand on him.

Owens attempted to sell Victorem at the 2015 Magic Millions National Weanling Sale, but the then colt was passed in, only to be entered for the 2016 Magic Millions 2YOs In Training Sale.

“He (Victorem) was passed in again – at $65,000 – and I got an offer from Korea to buy him but I really didn’t want the horse to go overseas, so I approached Jenny at the sale and told her I’d be in for 20% – more if she needed,” Owens adds. “Jenny was a bit worried about finding owners but by the time she’d driven the horse back to Port Macquarie, she’d already filled it!

“Jenny’s a terrific person and there’s some great people in the horse … and it’s certainly not about the money.

“I couldn’t be at Eagle Farm on Saturday – I became a grandfather on Wednesday and we had people up for the State of Origin so it was a pretty busy week, but because of this horse I’m actually seeing more of some old friends than I normally would.”

Graham will also train Playful Miss’s 2YO filly, Dodging Frypans, along with her Denman yearling filly, while the mare produced a Territories filly last October. Unfortunately, Playful Miss missed to I Am Invincible last spring but Owens is hoping to send her back to the super sire in 2019.

“Some close mates from the Currumbin Surf Lifesaving Club are in the filly and when one of them said he’d probably cop a frypan after he told his wife, that’s how the filly got her name.”

One imagines that if Dodging Frypans turns out to be as good as Victorem – $925,000 in stakes and counting – said owner won’t have to do much ducking and weaving!

HOOFNOTE: Perhaps adding to Victorem’s where-did-you-come-from finish on Saturday is Owens’ silks of black, white crossed oars and armbands which don’t exactly make you stand out in a closely bunched field. Bright cerise it ain’t.

But Owens isn’t about to change the beloved livery any time soon.

“The black and white were actually the colours of the Western Suburbs rugby league team, which last won the premiership in 1952,” Owens reveals. “My dad, Kevin, who is 84, and his brother, Bill – a life member – both played for Wests in the 1950s and we’re all mad keen fans of the club.

“They wouldn’t let us have the exact colours as they reckoned it looked too much like a footy jumper, but my brother and I are still very much involved with the surf livesaving boats, so that’s how we ended up with the crossed oars.”