Victory To Victorem – Now The Stradbroke 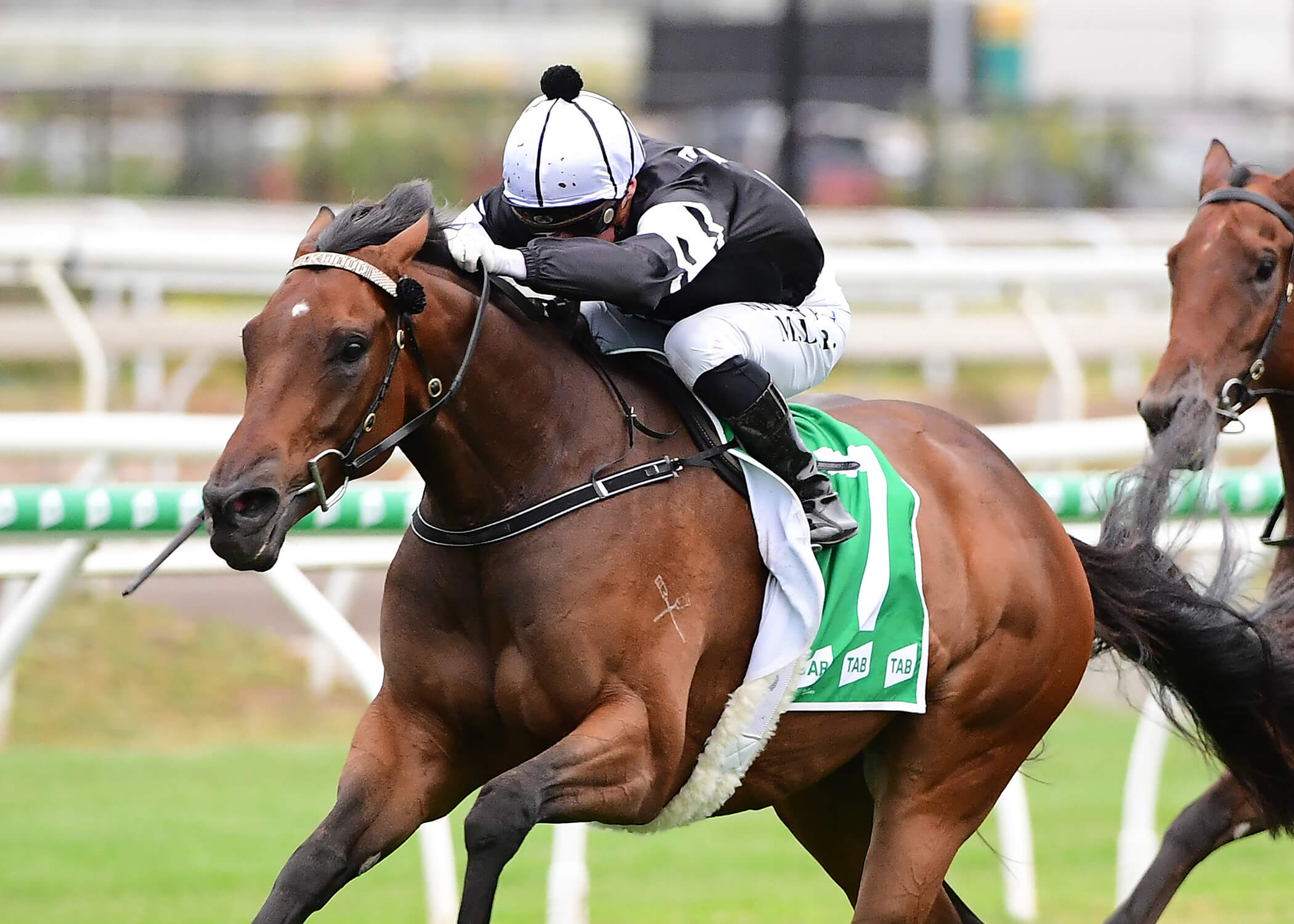 What a difference a year makes! In June 2019, connections cheered on wildly as the Jenny Graham trained, Victorem, produced a blinder to capture the $125,000 Listed Hinkler Stakes over 1200m at Eagle Farm.

It was the I Am Invincible gelding’s second black type success but Victorem’s victory was also bittersweet.

Mark Owens and his fellow owners had initially hoped that Victorem would make the cut for the $1.5 million Group One Stradbroke Handicap which was staged four races after the Hinkler, but unfortunately a midfield finish in the Group One Kingsford Smith – two weeks earlier – wasn’t enough to get Victorem across the line.

Roll the clock forward to Saturday and, courtesy of a blistering performance in the Group Two Victory Stakes over 1200m at Eagle Farm, Victorem is now considered one of the favourites for the 2020 Stradbroke.

Any Group One is to be cherished, but a win in arguably Queensland’s most famous race (the Stradbroke was first run in 1890) would be of special significance to Owens.

“I’ve raced quite a few horses over the years, but Victorem is the best to date,” Owens explains. “He was the best horse when he won the (Listed) Lough Neagh in December 2018, so to win the Group Two on Saturday is really icing on the cake.

“He’d have a decent chance in the Stradbroke because he’ll drop four kilos from Saturday’s win.

“Most importantly of all, 6 June (the day of the Stradbroke) is my granddaughter, Lilah’s first birthday. She might not remember too much about it, but the possibility of winning your first Group One when your grandchild turns one is something I wouldn’t ever forget!”

Meanwhile, Victorem is out of the 4-time winning Foreplay mare, Playful Miss.

Playful Miss was raced by Owens (after purchasing her as a weanling for $30,000 at the 2008 Magic Millions National Weanling Sale) and trained by Graham.

“I was actually going to pinhook her (Playful Miss) but she got sick before the yearling sale and so I decided to race her with Jenny,” Owens recalls.

Graham has around a dozen in work at her Port Macquarie stables, while Owens, a hobby breeder who owns a metal roofing company on the Gold Coast, was originally from the NSW mid-North Coast town.

“Playful Miss was the first horse I had with Jenny, but unfortunately the filly had a few issues and so I decided to breed from her. Anyway, she slipped her first foal and I was beginning to think the breeding caper was for mugs, so I gave the mare to Michelle Kelly, who had actually bred Playful Miss.

“I’d developed a good relationship with Michelle after buying Playful Miss and had a couple of my horses at her Hunter Valley property.

“Michelle got Playful Miss in foal to I Am Invincible and by that time I’d started to regret letting the mare go. Turns out Michelle decided to downsize, so she rang and gave me first option on the mare and her I Am Invincible colt.

“Victorem was only seven days old at the time and that’s why he’s got my brand on him. Long story short, I bought the same mare … TWICE!”

With the 2015 Magic Millions National Weanling Sale in mind for the then colt, Owens asked Warralong Park’s Wayne Pepper to prep him.

“We first got Martin Byrne, who is based in the Hunter, and a very good judge, to have a look at the colt and he came back and said ‘well, if you don’t buy him, I will’,” Pepper explains.

“Victorem is a November foal though and after I weaned him off the mare, he went backwards a bit and he got lost in the crowd on the Gold Coast, eventually being passed in off a reserve of $60,000.”

“Victorem was passed in again – at $65,000 – and there was some interest in buyers from Korea, but I decided to approach Jenny and ask her if she’d take the horse, with me keeping 20% … or more if she needed,” Owens reveals. “Jenny was a bit worried, but by the time she got back to Port Macquarie with the horse, she’d already filled the ownership group.”

Despite bucking at the start at finishing last of 10 in the Group Three BRC Sprint when resuming earlier this month, Victorem has won eight from 19 starts – including three stakes wins – placed on six occasions (four at stakes level, along with a second in last October’s $1.3 million Kosciuszko) for $1,297,625 in stakes.

“Jenny has done a fantastic job with Victorem and unfortunately she couldn’t be there on Saturday due to border restrictions, but Barry Lockwood and his team at Eagle Farm had the horse cherry ripe for Saturday,” Owen adds.

“It’s a great team of people in the horse too … a lot of close friends. There’s my wife, Lea, brother, Kevin, good mates in the Cains and the Thompsons, Queenslanders in the O’Briens, Lanyons and Careys, Jenny’s partner, Shane Conroy, and Jenny’s parents, along with the Bannons, who are a retired couple from Kempsey … and then there is Barry Pepper, a school teacher.

“Barry has also got his two sons-in-law in Victorem as well: Mick Bright and Matt Shipway, both very good rugby league players, with Matt having represented the United States in the World Cup.”

There’s actually quite the rugby league theme running through Victorem, right down to his colours, of black, white crossed oars and armbands.

“Black and white are the colours of the Western Suburbs rugby league team in Sydney that last won the premiership in 1952,” Owens points out. “My dad Kevin – who is 85 – and his brother Bill both played for Wests in the 1950s and we’re all mad keen fans of the club.

“They wouldn’t let us have the exact colours because they reckoned it would look too much like a footy jumper. As for the crossed oars, my brother and I are both still very much involved with surf lifesaving boats.”

While Owens and co. also race Victorem’s 3YO half sister, Dodging Frypans (who is on the sidelines due to a spider bite) and the unraced 2YO half sister, Samindi, Playful Miss’s Territories filly – a three quarter sister to Victorem – was sold to Ray Gall, a major shareholder in I Am Invincible, for $150,000 at the Gold Coast Magic Millions Yearling Sale in January.

After slipping to I Am Invincible in 2018, Playful Miss was covered last spring by Territories and, much to Owens’ delight, is in foal.