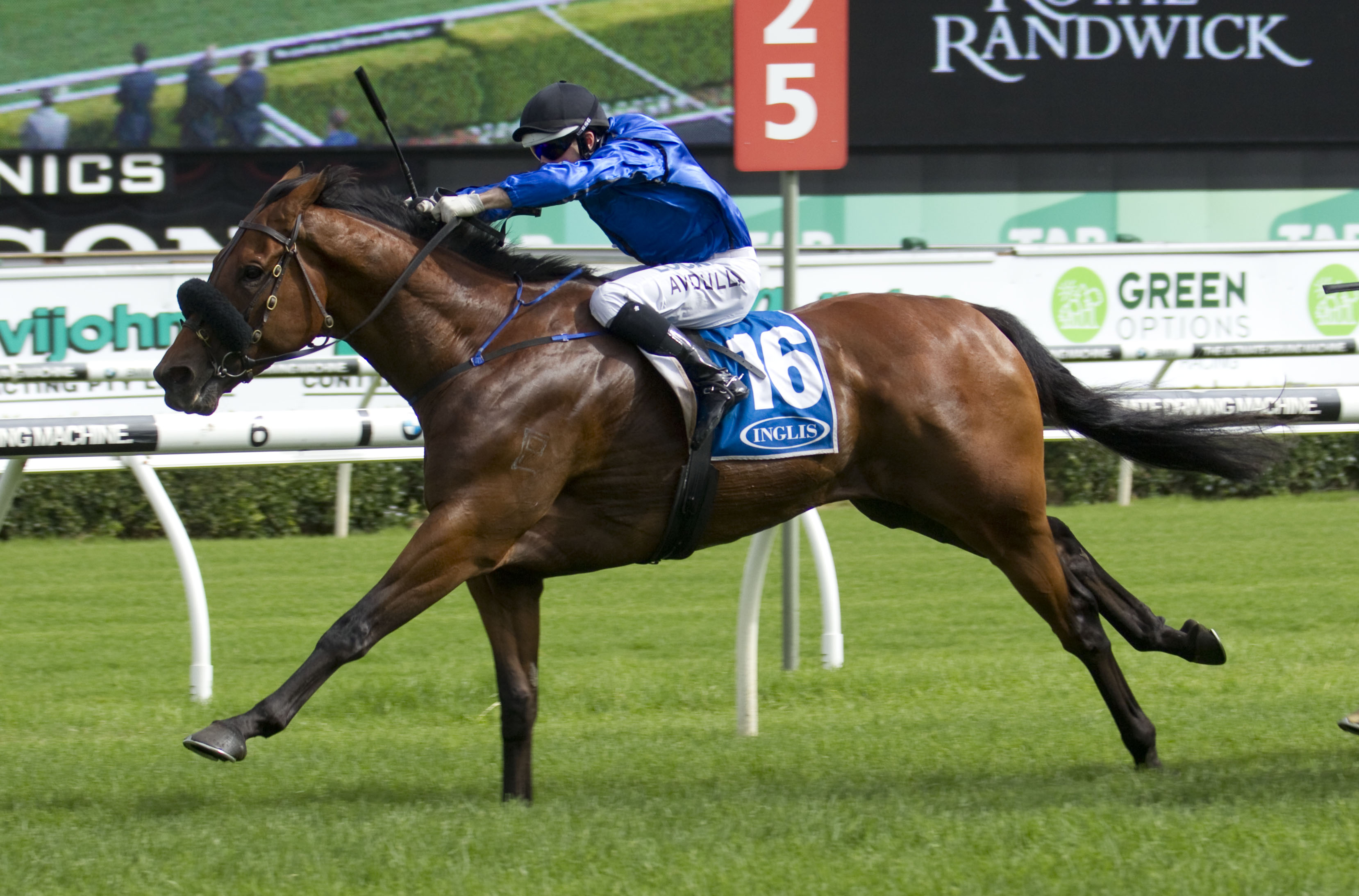 A long range plan to target the Group 2 Villiers Stakes with the promising Happy Clapper (Teofilo x Busking) came to fruition on Saturday, but with a Doncaster berth assured, connections have now set their sights on bigger plans.

When owner/breeder Michael Thomas outlaid $13,000 for Busking at the 2010 Inglis March Thoroughbred Sale carrying a positive to Galileo’s Champion Two-year-old Teofilo, he was purchasing a mare that he had sold as a yearling almost five years prior.

On Saturday at Randwick, the now five-year-old Happy Clapper (Teofilo) claimed his biggest pay day to date, winning the Group 2 Villiers Stakes (1600m) to take his record to six wins and four placings from 12 starts and over $380,000 in earnings.

Making his racetrack debut in a Kembla Grange maiden over 1200m back in July 2013, a narrow third was the start of a very consistent racehorse.

Finishing a half-neck ahead of Happy Clapper that day was Casino Dancer (Casino Prince), with that mare also flourishing this season, recording victories in the Group 3 Angst Quality and Eclipse Stakes, having also contested Saturday’s Villiers.

While it may have taken a further five starts to break his maiden, Happy Clapper never finished outside of the top four with a third placing behind Savvy Nature in Newcastle’s Group 3 Spring Stakes indicating his talent.

The Pat Webster-trained gelding went on to win five of his next six starts, culminating in a length victory over Group 1 Queensland Oaks winner Tinto in Saturday’s Group 2 Inglis Villiers Stakes.

Having bred Busking (Encosta de Lago x Winifred’s Prayer) as a yearling, Thomas parted ways with the then un-named filly as a yearling when she was sold for $40,000.

An honest performer on the track, recording a win and three placed efforts from 16 starts, the filly was beaten just over two lengths at Listed level, as well as finishing just under four lengths from Picaday in the Group 1 TJ Smith Stakes during her juvenile season.

Passed in at the 2005 Inglis Broodmare Sale, Busking began her breeding career as part of the Woodlands Stud broodmare band before becoming one of Darley’s mares.

Sent to the 2010 Inglis March Thoroughbred Sale as part of the Darley annual reduction draft, the mare carried a positive to Teofilo.

When Thomas noted Busking in the sale, he went to $13,000 to secure her, and the rest is pretty much history – with Happy Clapper being the resultant foal.

In fact Thomas has been involved in this family for a number of generations.

“I bred his [Happy Clapper’s] mother, I bred his grandmother and I raced his great grandmother,” Thomas said. “I’ve just stayed with the family.”

Busking has a yearling brother to Happy Clapper from the final Australian-bred crop of Teofilo and in September foaled a colt by Not a Single Doubt.

Happy Clapper is set to next head to the Summer Cup over 2000m, a distance Webster is adamant he will relish.

With the horse now exempt from ballot for the 2016 Group 1 Doncaster Mile in the Autumn, whether he gets to the race or not, one thing was certain after his win on Saturday.

“I’ve had really good horses like At Sea, Ab Initio and Shy Hero — they were all brilliant sprinters,’’ Webster said. “But I would have to say Happy Clapper is the best I’ve trained.’’