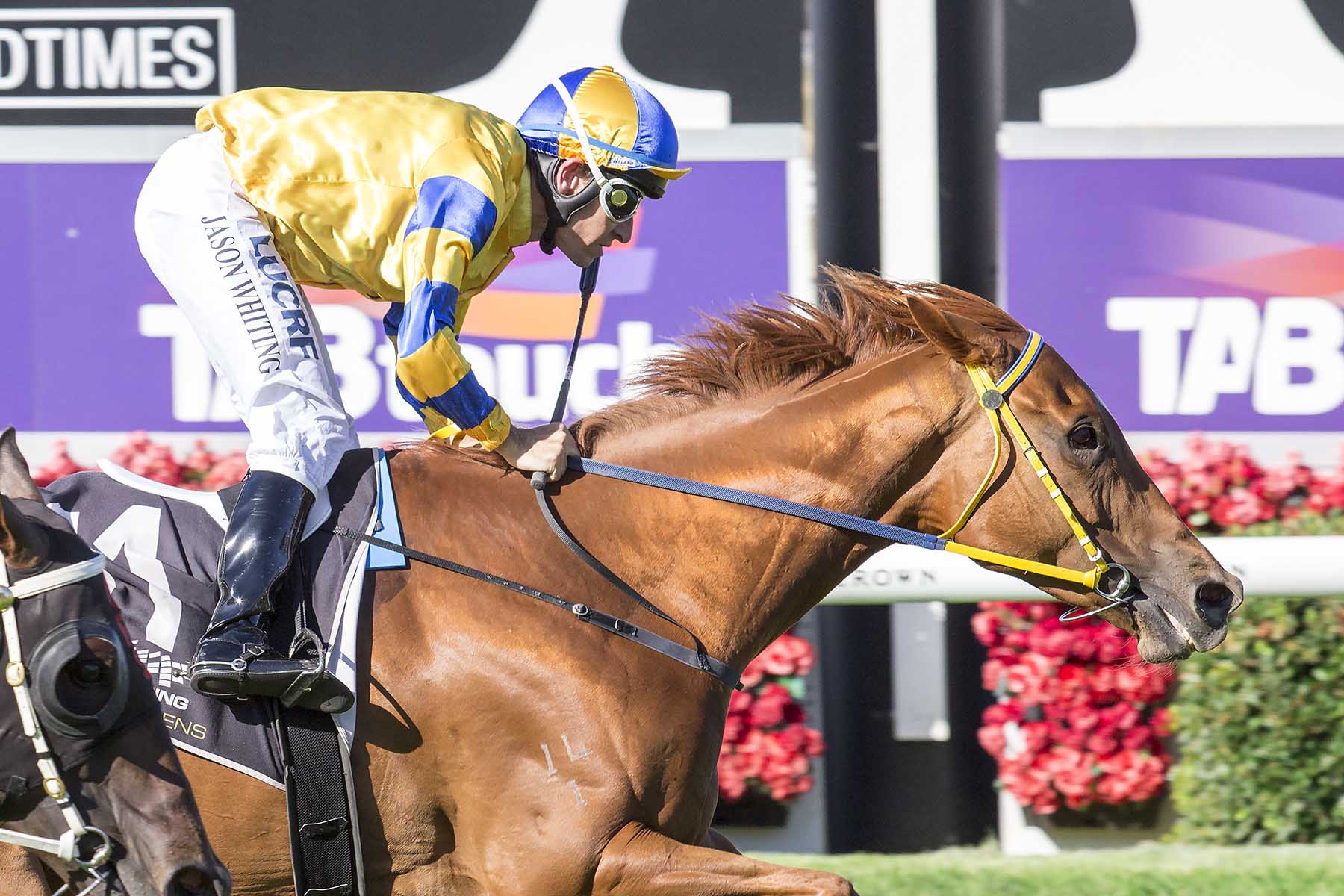 Apart from being an enthusiastic breeder and racehorse owner, Paul Whyte is a bit of a wrestling fan too.

That’s why his home-bred, Volkoff, was named after Yugoslavian wrestler, Nikolai Volkoff, who used to tag team with, among others, Killer Kowalski.

The horse, Volkoff, however, should have been named something else given that she is a mare and, due to a mix up in paperwork, ‘she’ got a ‘he’ name and another of Whyte’s he’s was ultimately named after a she.

It hardly mattered on Saturday though as Volkoff put a Half Nelson on her rivals in the Listed Miss Andretti Stakes (1100m) at Ascot to break through for her all-important, initial stakes victory.

It was also a welcome milestone for West Australian trainer, Gary Crispin, whose 12 strong stable at Cardup (around 30 minutes from Ascot) is headlined by Volkoff who has now won nine of 24 starts and $339,975 in stakes.

“It was a terrific win … great for the stable, great for Paul and the other owners,” Crispin enthused. “I couldn’t be prouder. She’s been a very good mare and that black type is well deserved. That would make her Time Thief’s best runner to date.”

(A stakes winning son of Redoute’s Choice, Time Thief stood at Darley between 2010-2014 and was exported to South Africa in 2015).

Adding to the occasion is Whyte’s explanation that Volkoff, in a way, is lucky to be here.

“Volkoff’s granddam, Bananarama was bred by Gerry Harvey and I raced her first foal, Swan Song, who was a pretty good filly and ended up running fourth in the (Group One) Karrakatta Plate,” Whyte reveals.

“I then managed to buy Bananarama a few years later and sent her to a very good stallion over here in WA, Metal Storm.

“She produced a colt (4-time winner Metarama) that I sold and a filly (Stormarama) which I decided to keep.

“Unfortunately, when Stormarama was a yearling, she actually broke her neck. They told me that she wasn’t in any pain however, and as it hadn’t affected her spinal cord, she wouldn’t have to be put down. That said, she wouldn’t be any good as a racehorse, but would have no trouble as a broodmare.

“She’s been a terrific mare and has four winners, but obviously the best of them is Volkoff. Stormarama is now a nanny mare at Sledmere Stud.

“It’s up to Gary as to where Volkoff goes from here but there’s a lot of very good races in Perth so we have a number of options.”

When each member of the syndicate was given the opportunity to put forward a name, they were put into a hat, with trainer Toby Edmonds’ son, Trent, drawing the winner. Trent had settled on Doutzen, after Dutch model, Doutzen Kroes, but when he sent a text message to his sister who was filling out the paperwork, autocorrect kicked in and changed Doutzen to Houtzen. Surprisingly enough, no-one is too upset!