Volpe Veloce – A Fox On The Run 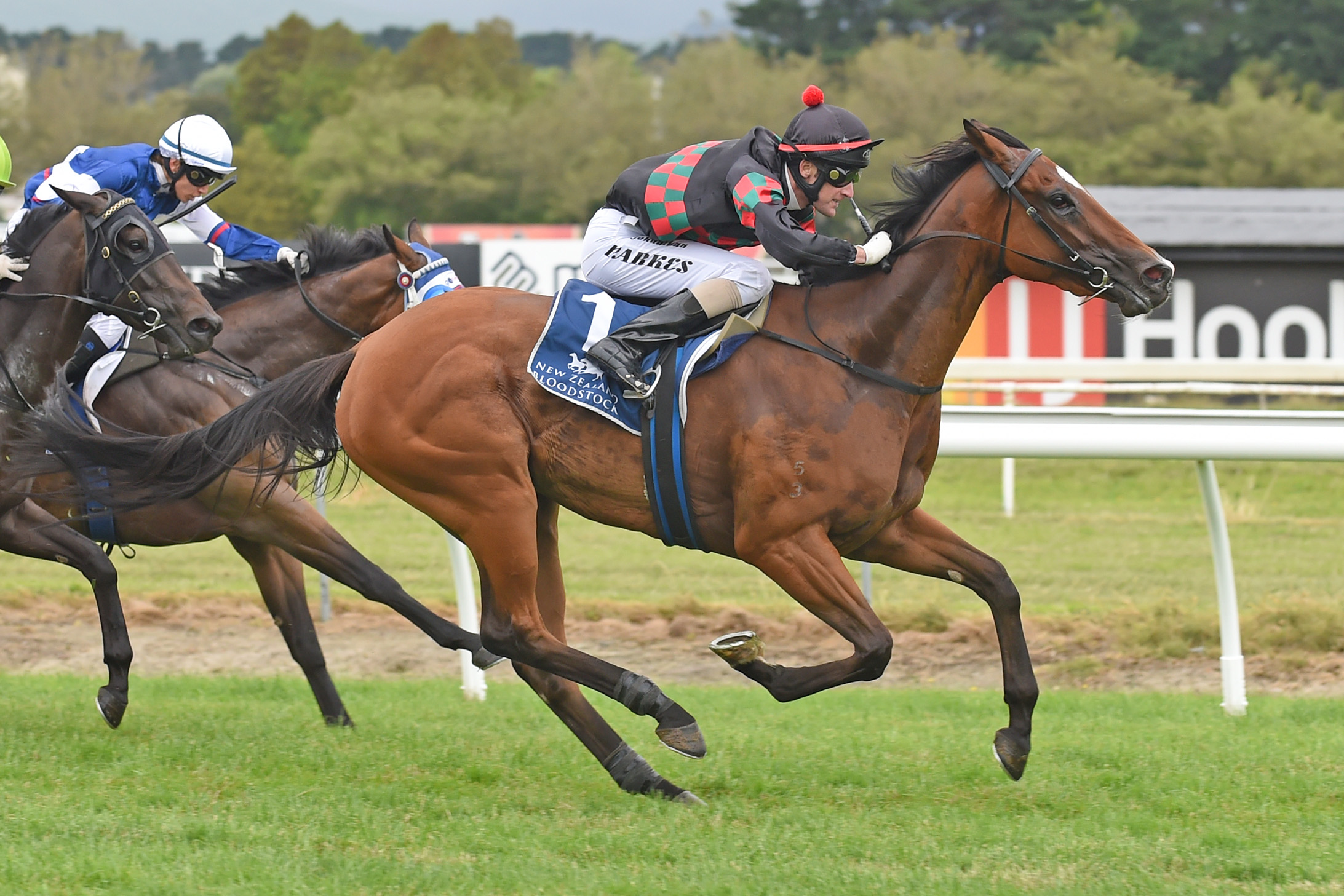 The connections of Volpe Veloce would be the first to admit that their unbeaten filly lived right up to her name in Saturday’s Group Three Lawnmaster Eulogy Stakes (1600m) at Awapuni.

‘Volpe’ is Italian for fox – clearly a nod to the filly’s sire, Foxwedge – while ‘Veloce’ is music played at a fast tempo.

Sent out a red hot favourite to make it five wins from as many starts, Volpe Veloce did appear to be ‘foxing’ for part of the Eulogy journey and those who took the short odds might be excused for hearts going at a fast tempo until well into the home straight.

However, when Volpe Veloce eventually got going there was more than enough velocity to ensure a comfortable victory – her second at stakes level – and put some pins into a couple of important dates.

“She (Volpe Veloce) took a while to fully let down in the race, but she’s got a very good brain on her and relaxes beautifully,” trainer Graham Richardson points out. “She puts herself in the right places in races and looks like she will get 2000m and possibly further.

“We’ll wait to see how she pulls up but she might head to either the (Group Two) Cambridge Stud Eight Carat Classic at Ellerslie on Boxing Day or the (Group One) Levin Classic at Trentham (14 January).”

Richardson selected the first crop Foxwedge filly at the 2015 New Zealand Premier Yearling Sale, paying NZ$240,000 for the privilege, with the filly having earlier been offered by Newgate Farm at the 2014 Magic Millions National Weanling Sale where she was knocked down to Lyndhurst Farm for $120,000.

Bred by Nick and Amy Vass, Volpe Veloce is a half sister to Black Opal Stakes winner, Delago Bolt, and is out of the stakes winning Barathea mare, Bardego.

A full brother to Volpe Veloce was sold to Go Racing at this year’s Inglis Australian Easter Yearling Sale for $150,000, while a full sister will be consigned to the 2017 Inglis Melbourne Premier by Rushton Park.

“We purchased Bardego, through Randwick Bloodstock, for $46,000 at the 2015 Gold Coast Magic Millions National Broodmare Sale – in foal to Foxwedge,” Rushton Park’s Kayley Johnson explains. “We had seen her Foxwedge weanling (Volpe Veloce) and she was such a lovely type so, when the opportunity came up to buy the mare in foal to Foxwedge it was too good to pass up.

“We didn’t put her back in foal this year as it was getting too late, but we’ve got a nice Helmet filly out of the mare and with Volpe Veloce doing so well, hopefully there will be quite a bit of interest in the full sister in Melbourne.”

It proved to be a memorable day for the Newgate Farm based, Foxwedge, who also has another unbeaten filly in the Aquis Farm owned, Colosimo, a convincing winner at Eagle Farm.

“He (Foxwedge) is really starting to make his presence felt,” Newgate Farm’s Bloodstock Sales Manager, Mark Lindsay enthused. “His oldest are only 3YOs but already he has had winners in Australia, New Zealand, England, Ireland, France, the United States … nine countries in all.

“The most encouraging aspect is that he gets all types as well: Volpe Veloce looks like she’ll get over a distance easily, while you also have real flyers like Foxplay, Kentucky Miss and Colosimo.

“Foxwedge has 27 yearlings entered for the Gold Coast Magic Millions which will be sold right around the time that Volpe Veloce (hopefully) starts in the Group One … 17 are heading to the Inglis Classic in Sydney … 12 – including Volpe Veloce’s full sister – are Melbourne Premier bound and … there’s a couple for Easter as well.

“It’s shaping up to be an exciting few months!”

HOOFNOTE: Volpe Veloce’s breeders, Nick and Amy Vass, also race the highly promising colt, Chauffeur, who won on debut at Rosehill on Saturday and is now heading to the Gold Coast for the $2 million Jeep Magic Millions 2YO Classic on 14 January.

A son of Snitzel from the 2006 Magic Millions 2YO Classic winner, Mirror Mirror, Chauffeur topped the 2016 Gold Coast Magic Millions when knocked down to Gerald Ryan for $1.6 million.