Rushton Park’s On The Run To The Gold Coast 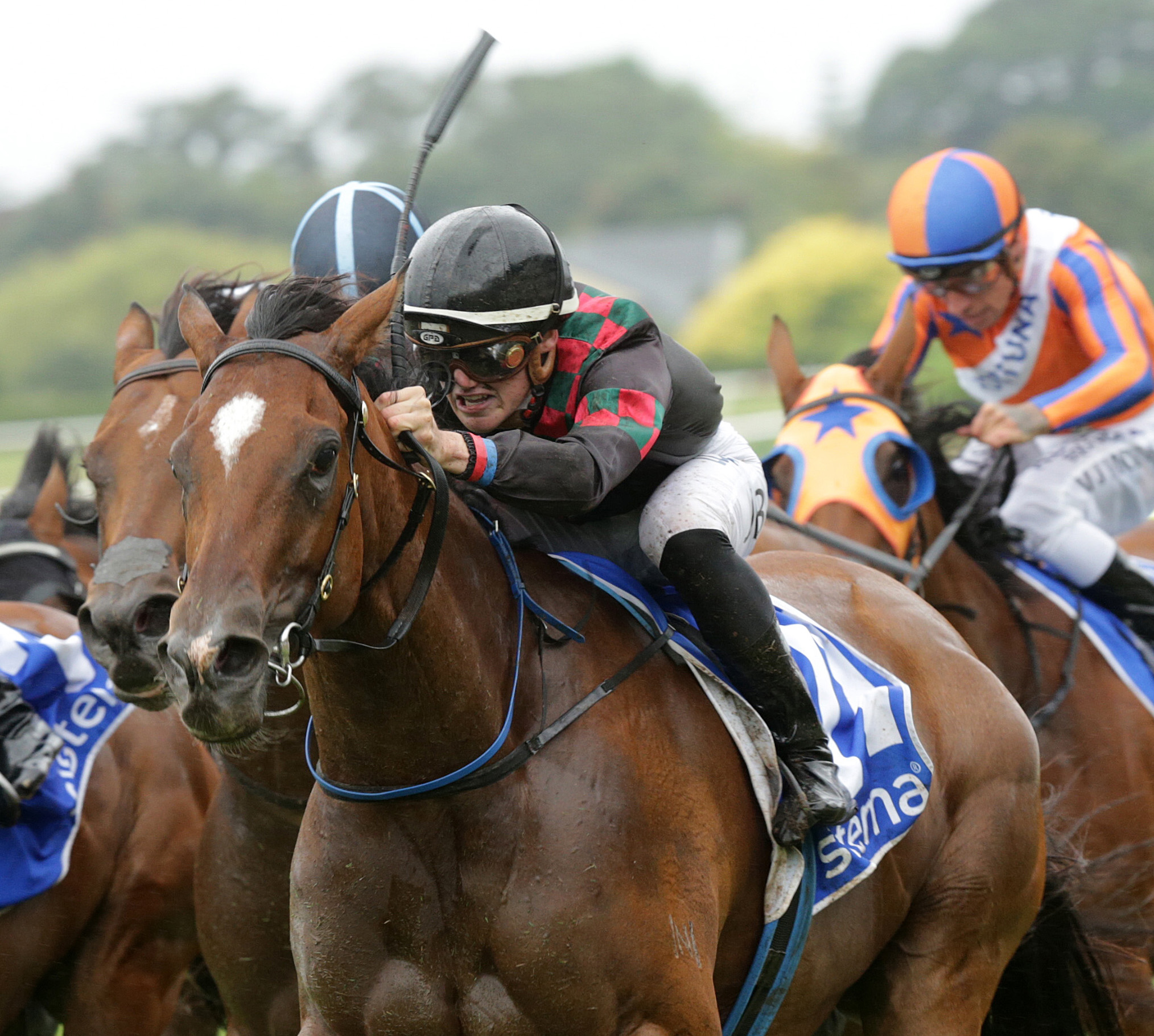 David and Kayley Johnson thought long and hard about taking a draft up to the Gold Coast for the 2018 Magic Millions Yearling Sale.

Since purchasing their 320 acre Rushton Park at Murchison in Central Victoria some 10 years ago, the pair has established a hoof hold in the local market, selling up to $300,000 and $260,000 at the 2017 Inglis Melbourne Premier.

However, in Kayley’s words, they decided the time was ripe to “dip their toe” and take a “hand picked” draft of four to northern climes, including a flashy Helmet filly from the Barathea mare, Bardego.

It appears they have pulled the right rein with the Helmet filly’s half sister – Volpe Veloce – capturing the Group One Sistema Railway Stakes over 1200m in New Zealand on New Year’s Day, one of two Australian bred Group winners on the time honoured Ellerslie program.

“To have the half sister win a Group One less than two weeks out from our filly going through the ring … yes, that is fantastic timing,” Kayley Johnson enthused. “We sold the full sister to Volpe Veloce to Sheamus Mills for $300,000 at last year’s Melbourne Premier, by which time Volpe Veloce had already won four stakes races, but stepping up to a Group One this close to the sale, well, that’s really something else.

“We’re still anxious as to how the draft will go on the Gold Coast, but the win certainly helps.”

Volpe Veloce – who became the second Group One winner for her Newgate Farm stallion, Foxwedge – was bred by Nick Vass and originally sold as a weanling for $120,000 at the 2014 Gold Coast Nationals, before being pinhooked to the 2015 New Zealand Premier where she was knocked down NZ$240,000.

Volpe Veloce’s dam, Bardego, was then offered at the 2015 Magic Millions National Broodmare Sale and there again, lady luck was on the side of the Johnsons.

“She (Bardego) was purchased for $46,000 on our behalf by Brett Howard’s Randwick Bloodstock,” Kayley Johnson explains. “We had seen her previous Foxwedge foals and liked them a lot, but they were out of our price range. Anyway, Brett thought we might be a chance with the mare and, to top it off, she was in foal to Foxwedge … from which we got the $300,000 last year.”

Bardego has proven to be one of those real ‘bargains’ that come along from time to time, according to Howard.

“In the very early days of Randwick Bloodstock – the late 1980s – I purchased a mare called Yeatsina for $30,000,” Howard adds. “Like Bardego, she ended up proving to be a great bargain too.

“Yeatsina went on to produce Seto Flowerian who won an Adrian Knox and was runner-up in the AJC Oaks, plus two other stakes winners in Presina (granddam of MRC Oakleigh Plate winner Eagle Falls) and The Golden Dane (dam of South African Group Two winner Dan De Lago).

“Bardego was a Group winner and already the dam 2YO stakes winner Delago Bolt, but she was getting on a bit, while Foxwedge was in that in-between period when a lot of people were sitting back and waiting to see how they’d go.

“Turns out they’ve gone very well with horses like Foxplay, Fox Hall, Fox Swift and Volpe Veloce, so, that was $46,000 wisely spent!

“It’s a great result for David and Kayley – they’re terrific people – and hopefully they’ll get another big payday on the Gold Coast.”

It proved to be a memorable Christmas-New Year week for Australian-breds on the global stage with Volpe Veloce ably supported by Demonentization who captured the Group Two Jamieson Park Auckland Guineas over 1600m earlier on the Ellerslie program.

Bred by Bob Peters and initially sold for $65,000 at the 2015 Inglis Australian Weanling Sale, Demonetization is a rising star of racing across the ditch and will now be targeted at the Group One New Zealand Derby in March.

Meanwhile, Starvoia made it a stakes treble in New Zealand by capturing the Listed Mosgiel Stakes on Boxing Day.

The story was much the same in South Africa with Pierro’s Roy Had Enough winning the Listed Christmas Handicap at Greyville on 26 December, only to be followed four days later by Lonhro’s flyer, Alfolk, in the Group Three Lebelo Sprint at Turffontein.

Adding to the stellar run of Australian-breds in South Africa, Oh Susanna captured the Group One Paddock Stakes at Kenilworth on Saturday.

And last, but certainly not least, Husson’s 5YO, Obrigado Mais, becomes the ninth Australian-bred winner in the last 14 runnings of the Macau Group Two Winter Trophy over 1800m at Taipa.