Aussies On The Run 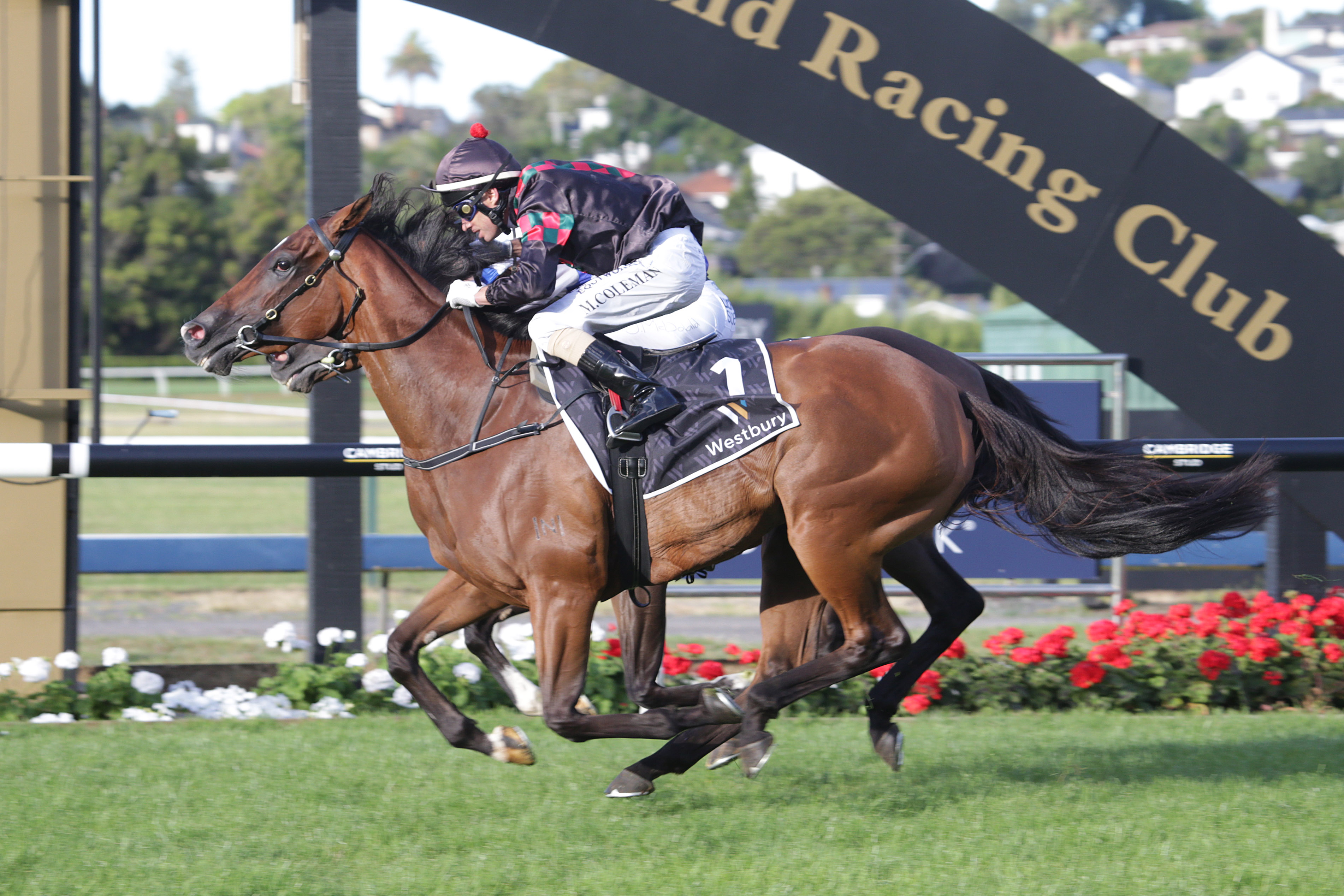 Australia Day has turned into ‘Australia Weekend’ in New Zealand with Australian-breds dominating both the rich Ellerslie program on Saturday and the first session of the New Zealand Premier Yearling Sale on Sunday.

At Ellerslie, five of the six races were black type events, with Australian-breds capturing three of the stakes, while all bar one of the races was captured by the progeny of Australian-based stallions.

Then, during the select first session of New Zealand’s major yearling auction, three of the top four lots were bred in Australia, while, again, each of the leading quartet are by sires standing in Australia.

Back to the races though and the Windemere Stud bred, Ardrossan – a $150,000 purchase from the 2016 Inglis Melbourne Premier Yearling Sale – got the ball rolling when successful in the Group Three Concorde Handicap over 1200m at Ellerslie, providing the half brother to stakes winners Bergerac and Cheyenne Warrior with his second black type victory.

The highly favoured, Long Leaf, also did the right thing by his growing fan base when winning the NZ$1 million Karaka Million 3YO Classic over the 1600m journey. Owned by heavy hitters such as Coolmore (which stands Long Leaf’s Champion Sire, Fastnet Rock) and Sir Peter Vela, Long Leaf was a dual stakes winner at two in Melbourne for Lindsay Park Racing and is out of a half sister to no less than five stakes winners: Tiger Tees (Group One The Galaxy), Terravista (Group One Darley Classic and Lightning Stakes), Ball of Muscle (multiple Group Twos), Super Easy (Singapore Horse of the Year) and Our Lukas (5 stakes wins).

However, arguably the run of the day goes to Volpe Veloce who captured the Group Two Westbury Stakes over 1400m in an absolute thriller. The 5YO Foxwedge mare appears to have a habit of timing her run to the split second and hauled in tearaway leader, Sleeping Beauty, by the barest of margins. Sure, the name on the trophy doesn’t record the winning margin, but Volpe Veloce’s connections would probably do a good trade in heart medication.

“She’s tough and she always fights hard,” co-trainer Gavin Parker points out. “It’s scary to watch as she got back a little further than we wanted. We’re always proud of her … she’s the best horse I’ve ever trained.”

The best horse a lot of people would have trained as a matter of fact!

Coming into the Westbury, Volpe Veloce had finished fourth – beaten less than a length – in this year’s Railway, while the mare is next likely to start in the Group One BCD Group Sprint at Te Rapa in a fortnight.

Bred by Nick and Amy Vass, Volpe Veloce was initially sold by Newgate Farm for $120,000 at the 2014 Magic Millions National Weanling Sale before being on-sold in New Zealand.

A Blue Diamond Preview winner in 2002, Bardego has produced five winners, including 2YO stakes winner, Delago Bolt, and was sold (in foal to Foxwedge) for just $46,000 to leading agent, Brett Howard – on behalf of Rushton Park – at the 2015 Magic Millions National Broodmare Sale.

Bardego’s first foal for Rushton Park, a full sister to Volpe Veloce, was snapped up by Sheamus Mills for $300,000 at the 2017 Inglis Melbourne Premier Yearling Sale, with the unraced 3YO – Zorro Rapido – trained by Ciaron Maher and David Eustace, while her 2YO Helmet filly – Silk Jacket – was knocked down for $200,000 at last year’s Gold Coast Magic Millions Yearling Sale and will eventually race for Francis Cook’s Mystery Downs and be trained by Matt Cumani.

“She (Bardego) has been a terrific mare,” Johnson enthused, speaking from her and husband David’s 320 acre property at Murchison in central Victoria. “Unfortunately, she didn’t get in foal the year after producing the Helmet filly, but produced a lovely Holler filly in November. She then missed on a late cover to Impending but she’ll probably end up going to Brazen Beau this spring.”

The timing of Volpe Veloce’s win wasn’t lost on Woodside Park Stud either, who managed to secure Foxwedge, only this month, for stud duties in 2019.

“Volpe Veloce is among 11 stakes winners for Foxwedge, whose other headliners include Foxplay and Urban Fox, a Group One winner in Ireland,” Woodside Park’s James Price explains. “Foxwedge was purchased from Newgate Farm by (leading Melbourne businessman) Eddie Hirsch who has always been a massive fan of the stallion.

“Woodside came to an arrangement with Eddie and the horse will stand alongside Written Tycoon, Cable Bay, Tosen Stardom and Rich Enuff this spring.

“Volpe Veloce’s win really has come at an ideal time … the eyes of the world are on the New Zealand sale at the moment and for her to win such an important race – and for Written Tycoon to get the fourth top price on day one at Karaka for that matter – really shows what Victoria and Australia has to offer.”