Waterhouse win is a Magic moment for Artie 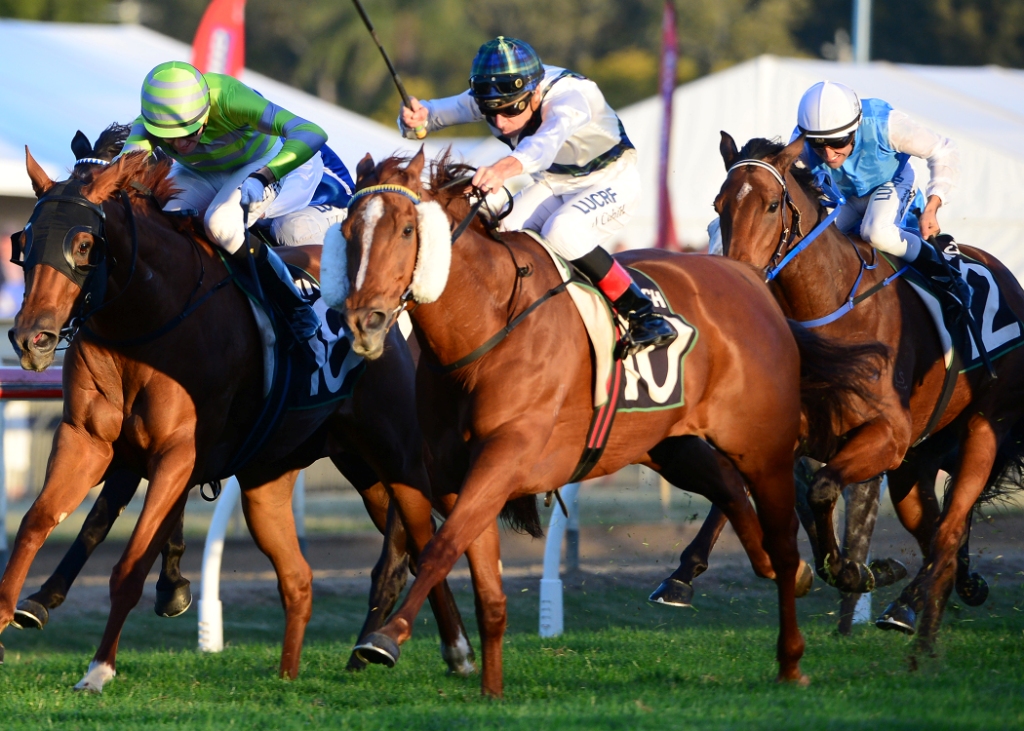 Artie Laing wasn’t at Ipswich on Saturday to watch his homebred mare, Magic Alibi, capture the Listed Gai Waterhouse Classic over 1350m: a black type first for the Star Witness 5YO.

“I stayed at home because it was my six-year old’s birthday … basically I chose discretion over divorce,” Laing says with a laugh.

However, the win clearly meant a lot to Laing who bred Magic Alibi with his brother Andrew and father Arthur and, when the then filly was passed in for $55,000 at the 2014 Gold Coast Magic Millions Yearling Sale, decided to race her with friends.

“It’s a terrific group of owners, all of them good mates. Really down to earth,” Laing points out.

“None of us are millionaires and we’re just in it for the social and fun aspects of the sport.

“Initially, we were just hoping to get a win out of her, then a win in town, then a win in town on a Saturday and so on. She’s run third and fourth in the (Group Three) Sheraco Stakes, but to eventually get a stakes win is a huge thrill.

“A couple of the owners, Rabs and his American wife Julie, got up early on Saturday to travel up to Ipswich and they’re not that long back in Australia after spending the last couple of years in Las Vegas. Tremendous buzz for them.

“Magic Alibi’s actually been quite unlucky in several of her starts so she could easily have added three or four more wins to her record.”

(The Waterhouse was Magic Alibi’s fifth win from 28 starts, which includes six placings and $355,560 in stakes).

Trainer Gerald Ryan was on hand at Ipswich too, despite having reservations about the mare jumping from barrier 14 – the outside gate.

“I felt the Waterhouse was the perfect race for her, but my confidence was dented when she drew so wide,” Ryan explained.

“But once (jockey) Michael (Cahill) got across near the rails, I knew she would be hard to beat.”

Although Ryan mused on Saturday that he might target Saturday’s Tatts Tiara at Doomben – the final Group One of the season – it appears that Magic Alibi will now be sent out for a spell.

“We’ll talk to Gerald, but she’ll probably come back in the spring and see if we can win the Sheraco this time…but her main aim will be the Magic Millions Fillies & Mares race in January,” Ryan adds.
Hailing from a “punting family” which raced a lot of horses around Queanbeyan, Laing and his brother, Andrew, raced the Commands mare, Dorf Command (7 wins and $429,350 including the 2009 Waterhouse Classic!) shortly after shifting to Sydney, where Artie now runs a comedy management company.

“Dorf Command was trained by Clarry Conners and he came with us to have a look at a Magic Albert filly at the 2009 Inglis Sydney Classic Yearling Sale,” Laing points out.

“We were really surprised that she only cost us $4,000 and we named her This Magic Moment. She ended up winning a race for us but had a few leg issues and never reached her full potential.

“This Magic Moment was the first one we ever bred from and her first foal turned out to be Magic Alibi!”

This Magic Moment is a grand-daughter of Group One Queensland Oaks winner Tristram Rose and her sole partner since heading to stud in 2011 is the Widden based stallion, Star Witness.

“I was fortunate to race Star Witness who won the Group One Coolmore Stud Stakes and we kept a share in her (Magic Alibi) after she went to stud,” Laing reveals.

“We’ve got five broodmares and half a dozen racehorses which include Red Excitement who we’ve had an incredible amount of fun with.

“He’s still going the old boy and gave it a real shake in last year’s Chelmsford when he nearly knocked off Winx.

“Red Excitement has had a lot of problems along the way, but he’s won 13 races and over $1.1 million in prizemoney. Wonderful racehorse.

“What a terrific game to be involved in.”