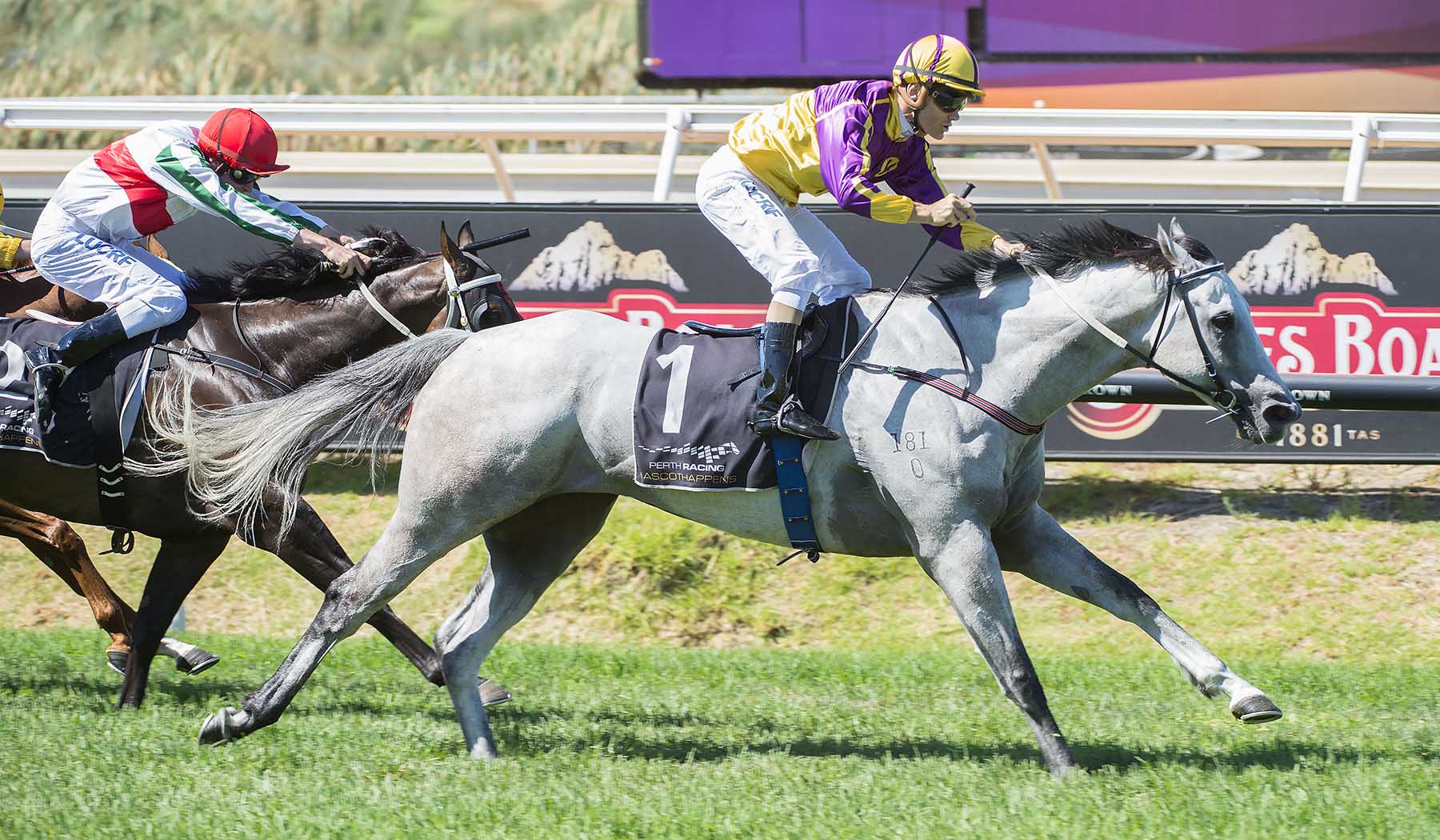 Bred in NSW, sold in Queensland, trained in Sydney, a Group Two winner in Melbourne, campaigned in Hong Kong, raced in Macau and, now, he can add a black type victory in Perth for veteran trainer, Fred Kersley.

Despite his five wins and seven placings from 22 starts and over $1.1 million in stakes, Divine Calling was on the fifth line of betting in an eight horse field in the Scenic Blast and his tenacious victory was unexpected to say the least. Even Kersley had his doubts.

“I was confident he (Divine Calling) would run a good race, but he’s been a long time out of form and I really thought he might need a start or two to get him right,” Kersley reveals.

(This was Divine Calling’s first win since October 2014 and indeed his first start since April).

“He evidently didn’t handle the climate in Hong Kong or Macau and Nick Columb worked it out with the Chinese owners that he should come back to Australia to race … not that there’s much difference in climate here at the moment!,” Kersley adds.

“Unfortunately, due to a mix up in the paperwork the old connections are listed in the racebook, but I’m very happy for the new Hong Kong based owners (Wei Yu & Liu He) and hopefully it’s the start of a successful relationship.

“Divine Calling is a smart old horse and only does what he has to but I was very impressed with his first run for the stable. I really haven’t looked past Saturday’s race at this stage but he’s proven in the Scenic Blast that he still has plenty of ability.”

Bred by Gerry Harvey and offered from the Baramul Stud draft at the 2012 Gold Coast Magic Millions Yearling Sale, Divine Calling was knocked down to Gai Waterhouse and James Harron Bloodstock for $210,000. With three city wins highlighted by the Group Two Bill Stutt Stakes, Divine Calling also ran second in the Group One Caulfield Guineas before being despatched to Hong Kong.

Divine Calling won first up at Sha Tin, but pickins’ were relatively lean from then on. However, although now he’s back on home turf … well, Australian turf at least, he could easily add to his Scenic Blast.

Divine Calling is by the deceased Widden stallion, Stratum, who has dominated in Perth in recent months with Takedown winning the Group One Winterbottom, Stratum Star capturing the Group One Kingston Town Classic and now, his well travelled 6YO last Saturday.