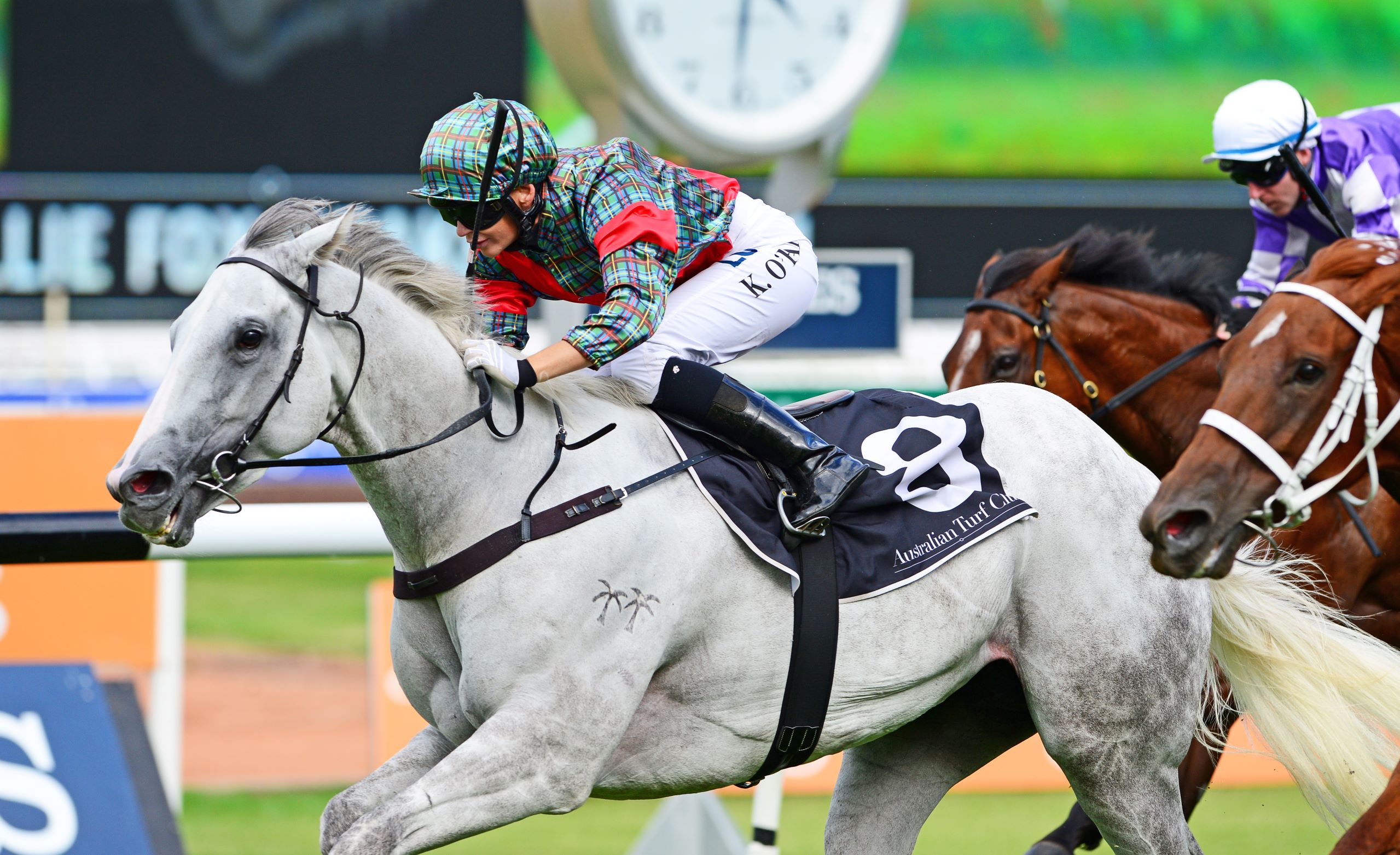 It would be a fairly safe bet to suggest that Hamish Esplin considered Land of Plenty a better chance in Saturday’s Group One Futurity Stakes at Caulfield than White Moss in the Group Two Millie Fox Stakes at Rosehill Gardens.

The Esplin family bred both gallopers, with the added advantage of actually racing White Moss in its distinctive Tartan Fields livery.

However, while the 2018 Toorak Handicap winner Land of Plenty came into the Futurity on the back of a third in the Group Two Australia Stakes and second in the Group One CF Orr Stakes (over the same trip as Saturday’s test), White Moss went Fox hunting with considerably less on her CV.

In fact, apart from her Group success in the Nivison in October 2017, White Moss hadn’t returned to the winners’ circle in six runs hence was summarily dispatched a $51 pick for the Millie Fox ($61 for the early adopters).

Yet, while all the smart money was on I Am Serious, Cool Passion or Champagne Cuddles, it would prove to be a notable moment for Sky Racing’s commentator, Lizzie Jelfs, who had declared White Moss the ‘pick of the yard’.

And what a pick she was! Jumping from the widest gate, jockey Kathy O’Hara took White Moss straight to the lead and despite lots of attention from I Am Serious and Savatiano as they neared the wire, the flashy grey held on by a head.

“Lizzie had actually picked White Moss two weeks ago in the Breeders’ Classic, but the mare missed the kick by about four lengths at Warwick Farm and was never a chance,” Esplin points out. “The barrier blanket obviously worked on Saturday and full marks to (trainer) Jason Coyle who has done a fantastic job with her. Kudos also to Kathy O’Hara who knows this mare so well and had her right up on the speed in the Millie Fox.

“I’ve always thought female jockeys have such an affinity with fillies and mares and Tartan Fields has had Linda Meech win a Group One on a filly for us too (Plucky Belle).”

Indeed, Esplin showed a fair turn of hoof himself on Saturday as he was in Melbourne for a mate’s wedding.

“The wedding was at a golf club and I had to keep ducking out to the car park to watch the races on my phone,” Esplin explains. “It was a terrific run from Land of Plenty, but while I was confident White Moss would improve on the previous run, I wasn’t really expecting her to win.

“Anyway, I absolutely went nuts when she got up and nearly missed the actual wedding itself.

“She’s pretty special. Like our other racemares, White Moss spells at Tartan Fields (a boutique property based at Kulnura in NSW) and I get to see her all the time.

“She didn’t do very well as a 4YO but this time around she looked much happier on the farm and keen to get back into work … it certainly paid off on Saturday.”

White Moss is next likely to run in the $600,000 Group One Coolmore Classic over 1500m at Rosehill Gardens on 16 March, a race won by the Esplins in 2015 with another home-bred in Plucky Belle (who had earlier finished second in the Millie Fox).

“The Coolmore means a lot to us, especially my mum, Michele,” Esplin adds. “We reckon it’s the Doncaster for fillies and we also had (multiple Group winner) Slightly Sweet run in it a couple of years back.”

White Moss is a half sister to Sydney stakes winner, White Sage, and to the dam of Flemington stakes winner, Fox Swift, and is out of the Champion NZ 3YO Sprinter, Pay My Bail, who died two years ago.

“It was sad to see Pay My Bail go, but we’ve got four of her mares on the property and White Moss will eventually join them,” Esplin explains. “We’ve got about 30 mares at Tartan Fields and really believe in backing our ‘families’.

“The pressure is really on breeders to sell these days because prizemoney in Australia is incredible and so are yearling sale prices, but we keep a lot of fillies: Land of Plenty’s dam, Dancing, has both an Office Bearer yearling filly and a Charge Forward weanling filly, Plucky Belle has a weanling filly by Redoute’s Choice, while Paeroa, the dam of multiple stakes winner Ability, has a Reset filly … and we’d like to retain them.

“Just look at the Blue Diamond winner (Lyre) on Saturday … Godolphin has really built up their families and you need to be patient and resist temptation.”

They do let some go however and Tartan Fields will offer three youngsters at the 2019 Inglis Australian Easter Yearling Sale (9-10 April): a half brother to Slightly Sweet, a half sister to Melbourne stakes winner Office Bearer (who stands alongside the Esplin family bred and raced, Charge Forward, at Murrulla Stud) and a well related Lonhro filly.