Whypeeo Success Is Boulevard Of Dreams 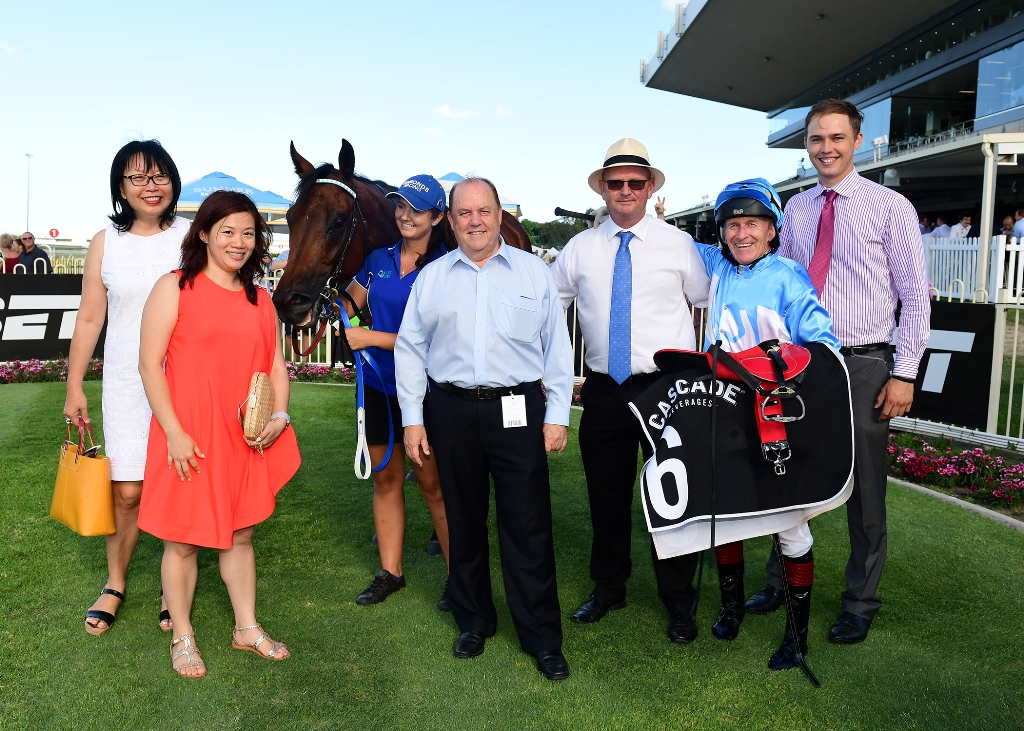 A lot of success in the thoroughbred industry can be put down to being in the right place at the right time.

Ben Duncan was definitely in the right place when attending the 2017 National Broodmare Sale on the Gold Coast. The West Australian based breeder fancied the Fasliyev mare, Sunset Boulevard, who had produced a Group Two winner in Meliora and a 9-time winner in Daintree Road.

She was also in foal to Dundeel, with her previous Dundeel – a yearling – having made $250,000 a few months earlier.

Still, Duncan didn’t think he was in with a shot when Sunset Boulevard entered the ring …

Less than two months later, Sunset Boulevard’s seventh foal – an I Am Invincible gelding called, Whypeeo – wins his Ballina maiden by nearly six lengths. He would then capture two of his next four outings before producing a bold display, leading throughout, to snare the Listed Funky’s Mexican Cantina Gold Edition Stakes over 1200m at Doomben on Saturday.

The Toby Edmonds trained youngster will now target the Group Three Vo Rogue Plate over the 1350m at Doomben on 30 December before a likely tilt at the $2 million Magic Millions Guineas over 1400m at the Gold Coast a fortnight later.

“I’ve left the mare in Victoria and she was sent to Brazen Beau (a dual Group One winning son of I Am Invincible) but unfortunately missed and I’m just waiting to hear news on whether she’s in foal to Cable Bay,” Duncan adds.

However, while Duncan is spot on with his timing, it’s ‘time’ that’s the problem.

“I own the Australian franchise for Horserail which is used on tracks and farms around Australia,” Duncan points out. “We’ve got warehouses in Victoria and Western Australia and it keeps me pretty much on the run. Around 80% of our business is in the eastern states, but I have a 150 acre farm, Forestview, near the water at Busselton and it’s my own little slice of heaven, so I try and spend as much time as I can in this neck of the woods.

“I’ve only got the four mares, but had a little bit of success along the way … aside from Whypeeo adding plenty to Sunset Boulevard’s pedigree, I also bred the Star Witness 2YO, Kiss The Breeze, who won on debut at Belmont in September, while I also bred and race the Fath 6YO, Infathuated, who has won over $330,000.

“Kiss The Breeze is likely to target the Perth Magic Millions in February so it would be nice to have two horses win Magic Millions races on either side of the country!

“I’m not sure yet as to what I’ll do with Sunset Boulevard’s foal as in race or sell, but with the way Whypeeo is going, it’s a good position to be in.”

I Am Invincible produced a stakes double on Saturday with the Tony Gollan trained, Most Important, notching up his third stakes victory in the Listed Night Owl Lough Neagh Stakes over 1350m at Doomben (having also won the race in 2016).

I Am Invincible ultimately produced six winners throughout Australia on Saturday and another double on Sunday.

Yarraman Park’s Harry Mitchell reckons Christmas has come early courtesy of Whypeeo and Most Important and is looking forward to 2018 where I Am Invincible will have 44 yearlings up for grabs at the Gold Coast Magic Millions and another 39 set aside for the Inglis Australian Easter Yearling Sale.

“He (I Am Invincible) had an incredible book of mares in 2017 … they just kept ringing me up,” Mitchell reveals. “And full marks to (Whypeeo’s breeder) Yvonne Smith who has been a great supporter of the farm over the years.

“Yvonne used to look after all the catering at the Magic Millions complex on the Gold Coast and was on the Gold Coast Turf Club committee too, but is probably best known as the part-owner of Assertive Lad who a Doncaster, a Champagne and AJC Sires’ for Gai (Waterhouse).

“The old boy is now 20 and is still full of beans running around his paddock here at Yarraman.”

“He (Whypeeo) was just a tremendous athlete … a real stand out,” Blaxland points out. “Very good looking and typical of the I Am Invincibles.

“The Whypeeo ownership group is anchored by Mark Sowerby who is on the board of Racing Queensland and been a great supporter of Blue Sky since I kicked off 10 years ago.

“Another of the owners is Gary Diamond who has been hugely successful in the last few years with horses like Capitalist and Houtzen. I’m always happy to get him in to one of my horses as he adds three legs to them!

“As for the name, Whypeeo? Mark organised a bunch of owners that are all new to racing and which are part of YPO (Young Presidents’ Group), the world’s premier leadership organisation of chief executives.

“It’s terrific to see them get off to such a great start and even better if Whypeeo can win the Guineas.”