The Makin Of A Winning Filly 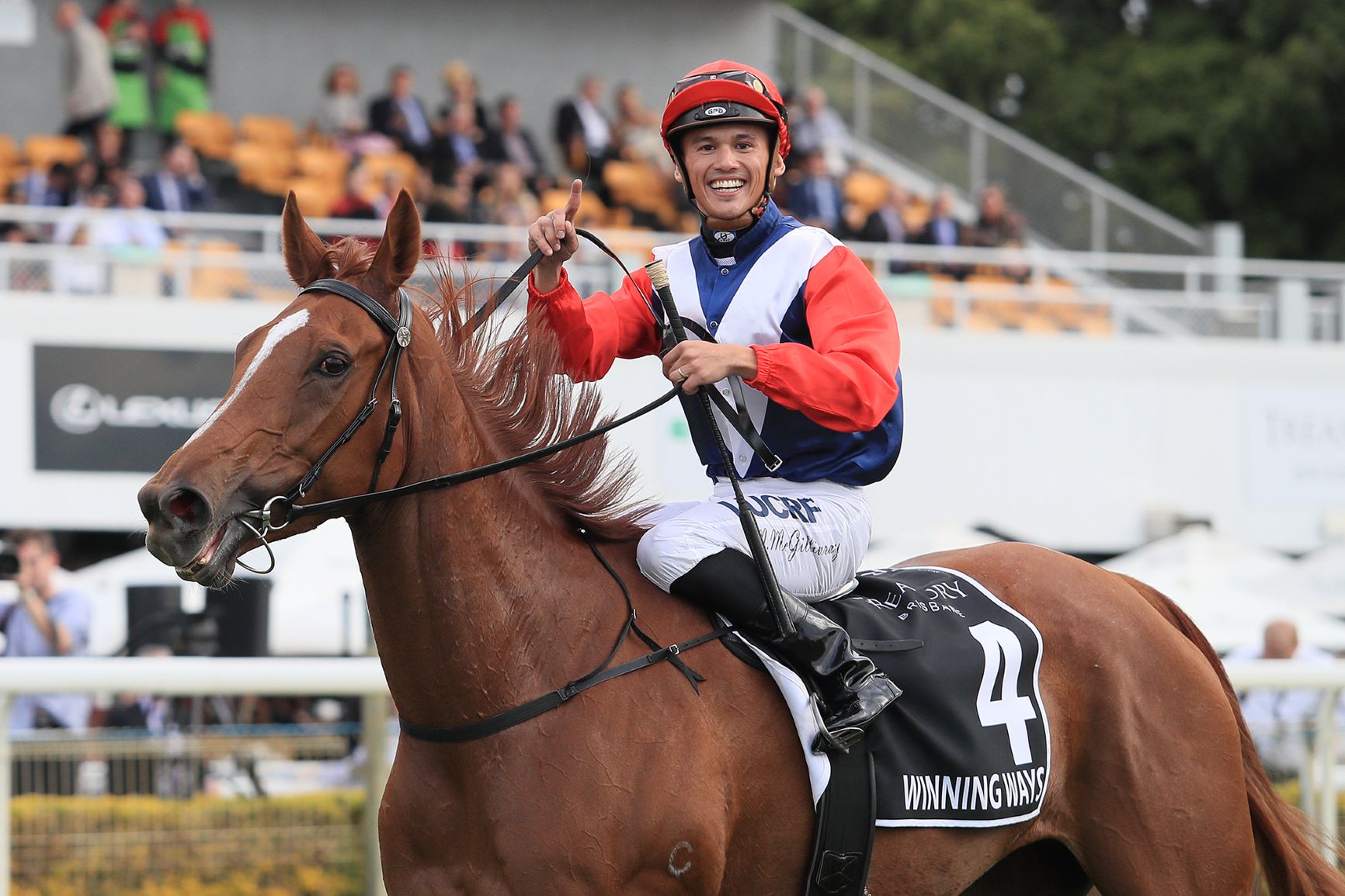 Well, maybe except for Paul Makin.

Flamboyant and highly popular, Makin died at the end of May at the age of 82 and the aptly eulogistic Winning Ways would perhaps be the last throw of the Group One dice for an owner who is well remembered for Australian Derby winner, overseas campaigner and sire, Starcraft, along with dual Group One winning miler, We Can Say It Now and Irish Oaks winner Chiquita (the most expensive horse sold at public auction in Ireland when knocked down for €6,000,000 at Goffs in 2013).

However, Winning Ways was stepping out on the eighth line of betting for Saturday’s Group One Treasury Brisbane Queensland Oaks over 2200m at Doomben and the weight of money suggested the race – famously becoming the first of Winx’s Group Ones four years ago – would ultimately be a tussle between Princess Jenni, Etana or Aliferous.

Someone forgot to hand Winning Ways the script though and, despite racing four wide, the filly flew home to score in a thriller: much to the delight of trainer and Makin’s long-time mate, Garry Newham.

It was Newham who saddled up Starcraft (currently standing at Rosemont Stud in Victoria) for victories in the Group One Australian Derby and Chipping Norton, before the Soviet Star entire went on to capture the Group One Prix du Moulin in France (in track record time) and Group One Queen Elizabeth II at Newmarket.

“Paul lived life to the fullest … a terrific bloke and a real character,” Newham recalls. “He spent a lot of time overseas, racing between 60 to 70 horses, but the last couple of years was mainly based in Australia. By that time he’d decided to stay put … told me enough was enough.

“We had around 18 in work in the early days, but in recent years that number came down to half a dozen.”

Indeed, Newham gave up the training caper for a number of years and was driving horse trucks, but was drawn back into the game by Makin.

A daughter of the former Coolmore Australia based Declaration of War – a multiple Group One winner by War Front – Winning Ways is a three quarter sister to Perth stakes winner, Dreamtime Dancer, from a winning Galileo half sister to English black type winner, Unfurled. This is also the family of flashy grey miler from the 1970s, Raffindale.

“She (Winning Ways) was the only yearling that Dermot Farrington purchased on Paul’s behalf that year on the Gold Coast,” Newham points out. “She’s a beautiful mover and does everything I ask of her, but was always going to take a bit of time.”

Winning Ways made her debut in May last year, finishing third on the Gold Coast, and didn’t break her duck until the fourth start – in November 2018 – before proceeding to peel off three in succession.

After resuming in March with a couple of midfield finishes, Winning Ways again won three on end, culminating in the Listed Bracelet at the Gold Coast on 4 May before an unlucky eighth behind Etana in the Group Two The Roses over 2000m at Doomben on 18 May.

“I told Paul six months ago that this filly was going to win him the Queensland Oaks and, after her run in the Roses, he told me ‘you’re right!’,” Newham reveals.

“She’s only had the 13 runs and is learning all the time … starting to relax a lot more in her races.

“I’ve got four in work here at the Gold Coast and one in the paddock, but these are the last of Paul’s horses. The family won’t be buying any more and, although this batch are just two and three year olds, they’ll be Paul’s legacy.

“The great thing about Winning Ways is that she’ll stay all day and, even though she bled on Saturday (triggering an automatic three month ban from racing), I reckon she’d be perfect for a race like the Caulfield Cup … or even a Melbourne Cup. Wouldn’t that be great?”