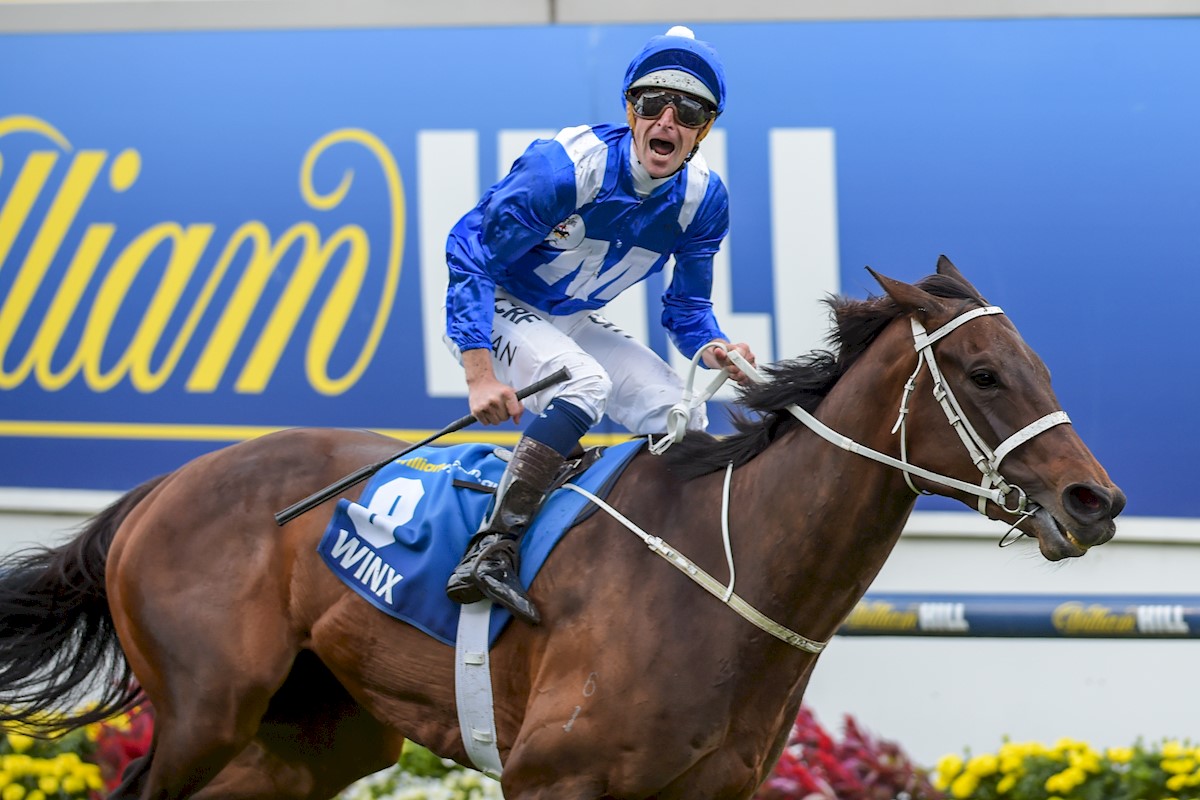 It is highly unlikely that you would ever find yourself in an argument by asserting that Australia breeds the best sprinters. That’s been a given since Vain was in a foal rug.

However, the B side of that record is the claim that Australia doesn’t breed stayers, or middle distance horses for that matter, and is reliant on horses from New Zealand or the northern hemisphere to put on a show.

That theory is being dispelled of late with Australian-bred horses winning 11 of the 14 Group One races over 1600m or further since the start of the season, and now a chance to win the ‘big 3’ in 2016 – the Caulfield Cup, Cox Plate and Melbourne Cup.

Rick Jamieson, breeder of Caulfield Cup winner and Melbourne Cup favourite, Jameka, is adamant that we have the ammunition locally to be competitive over a trip and, having bred one of the world’s greatest sprinters in Black Caviar and potentially one of our great stayers, is prepared to put his record where his mouth is.

“I believe we breed very good stayers … we just don’t get the chance to showcase them as much as we could due to the preference given to ‘internationals’,” Jamieson argues.

“Take Winx in the Cox Plate for instance. She might not be a stayer per se, albeit she did win a Queensland Oaks over 2400m, but I don’t reckon I’ve seen a better horse than her. Well, not over a middle distance anyway! That run on Saturday gives you goosebumps. The way she left Hartnell and the other weight for age horses in her wake was just incredible.

“I really don’t think it’s a lack of will nor opportunity to breed middle distance and staying horses … it boils down more to a lack of ‘way’ to put them up on the stage.”

“It’s always exciting to see a horse of Winx’s quality and that performance was simply tremendous,” Plumptre enthused. “And while we might have raced the second horse (Hartnell), Darley has played its part in the Winx phenomenon having stood her sire, Street Cry.

“What a massive loss he (Street Cry) has been to the industry … tragic! Street Cry had to be put down after contracting a rare neurological condition but prior to that I thought he had at least another three or four very good seasons in him.

“He was recently, and posthumously, crowned Champion Australian Sire and with over 100 stakes winners, he’s hardly a one horse wonder. Certainly in regards to his progeny in Australia he’s produced a Melbourne Cup winner in Shocking, while dual Group One winner Whobegotyou was also very capable over a distance.

“Yet another promising Street Cry is the 3YO, Bezel, who has won three from four and is due to start in Saturday’s (Group Three) Carbine Club Stakes at Flemington.

“This industry is largely cyclical though: it is recognised globally that Australia produces the best sprinters and much of the programming is tailored as such.

“Every industry goes through phases. Here in Australia we tend to focus predominantly on two and three-year-old racing over shorter courses and I don’t think it’s detrimental to racing and breeding in Australia … especially when you do it better.

“Australian-bred sprinters also tend to dominate in what is possibly the second most competitive sprinting arena in Hong Kong, but who is to say that the wheel won’t turn in the favour of stayers in coming seasons. We certainly now have the best of both worlds in relation to the quality of sires and broodmares here at stud.”

Leading agent, James Bester, believes the facts speak for themselves and alluded to the recent success of Australian-bred stayers in South Africa, including that of Ovidio in the early hours of Sunday morning.

A son of Danehill Dancer and in the powerful stable of Justin Snaith, Ovidio took out the Listed Woolavington Stakes over 2400m at Kenilworth for the second year in succession and had previously won the Group Two J&B Urban Honey Stayers’ Handicap over 2800m.

Bester had selected Ovidio at the 2012 Inglis Australian Easter Yearling Sale, paying just $30,000 for the privilege.

Bester also purchased Mac De Lago for $65,000 from the Inglis Melbourne Premier sale: another astute buy with the Encosta de Lago galloper winning the Group One Greyville Gold Challenge in June and subsequently running third behind another Australian-bred, the The Conglomerate, in the Group One Durban July over 2200m.

“South African owners and trainers are now taking a much closer look at Australia for not just sprinters, but as a source of quality stayers too,” Bester reveals. “Shadwell, for instance, has purchased a number of horses from Australia that have gone on to enjoy staying success in South Africa.

“Probably the most compelling argument is that of the Australian-bred son of High Chaparral in Enaad who was named Champion Stayer of South Africa in 2015-16, while another locally bred stayer in Mongolian Khan is the reigning New Zealand Horse of the Year.

“Importantly, Enaad – a half-brother to Pride of Dubai – was both bred and is raced by Sheikh Mohammad Bin Khalifa Al Maktoum, again underlying the faith overseas investors have in Australia.

“I have a close association with Coolmore Australia and with such stallions as So You Think (High Chaparral) and Adelaide (Galileo) coming through, it won’t be the last Australian stayers you see grab some headlines.”