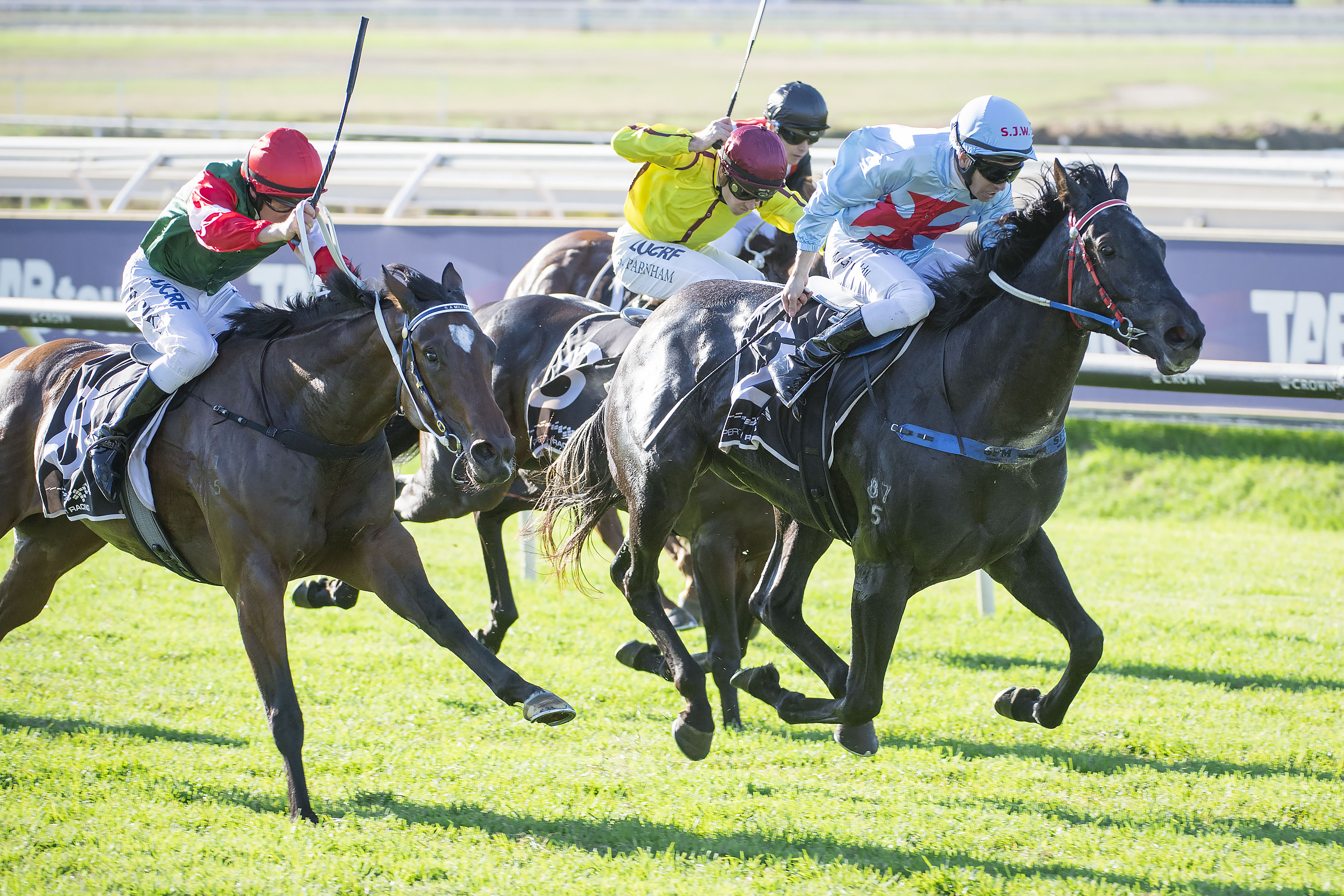 Steve Wolfe has trained around 10 stakes winners since he gave the shearing caper away 30 years ago, but this one was special. Heaven sent you might say.

Having trained a couple of horses to placings in the Karrakatta Plate and WA Sires’ Produce in Perth, Wolfe finally came up trumps on Saturday when Lordhelpmerun powered home in the Group Three WA Sires’ Produce Stakes over 1400m at Ascot.

It was a close run thing.

Lordhelpmerun had run third behind Valour Road and Lady Cosmology in the Group Two Karrakatta Plate two weeks earlier and, while Valour Road hit a wall over the dying stages, Lady Cosmology wasn’t about to throw in the towel and fought to the very finish.

Even Lordhelpmerun’s jockey, Shaun McGruddy, thought he might have been lipped out, but with a bit of divine intervention, Wolfe’s 2YO got the verdict.

Understandably, Wolfe was quite emotional immediately after the race and praised his staff for the win, slightly cheekily adding that “the girls do all the work and I’m just here for the glamour”.

On a more serious note, Wolfe said on Monday that good back up was essential to his business as he usually travels up from his Albany base to Perth every Friday, before returning on Sunday evening. An 800 kilometre round trip.

“I’ve got stables in Albany and Perth and, while Albany has 14 meetings a year during the summer months, I spend a lot of time on the road to Perth for the rest of the year,” Wolfe adds.

The leading trainer in Albany for 21 of the last 23 seasons, Wolfe’s presence in Perth has increased markedly in recent years, coinciding with his decision to play a bigger role at yearling sales.

“I like the Playing Gods. He was a very good horse over here and was also placed in four Group Ones in Melbourne,” Wolfe points out.

“He’s by the Danehill stallion, Blackfriars, who has been one of the best sires in WA and they’re great types. Thought I might as well hop onto the gravy train early.

Lordhelpmerun’s ownership group is a varied bunch too, shared among the trainer, several existing clients, a co-breeder of the 2YO and one lucky punter.

“I got a call, totally out of the blue, from a bloke called Steve Smedley who was interested in buying a share in one of my horses,” Wolfe explains.

“I’d never met him before and the price of the shares had gone up for Lordhelpmerun because, by that time, he’d been broken in and run a couple of good trials.

“When I told him the price, Steve said ‘no worries, I won $50,000 on a mid-week quaddie and decided I wanted to get into a horse’. Looks like he’s pulled the right rein there.”

Not surprisingly, Mungrup Stud’s Ann Croucher, is over the moon with Playing God’s progress.

“Lordhelpmerun was born and raised at Mungrup and he’s the second black type horse for Playing God, with Platoon running second in the Perth Stakes and third in the Sires’ Produce,” Croucher enthused.

“He’s only had the six runners overall at this stage and four of his juveniles have won or placed. What’s more, we’re getting terrific feedback from other trainers.”

Playing God stood for just $4,400 in 2017 and stands alongside proven Stravinsky stallion, Oratorio and Group Two winning Stratum 2YO, I’m All The Talk, whose oldest progeny are weanlings.