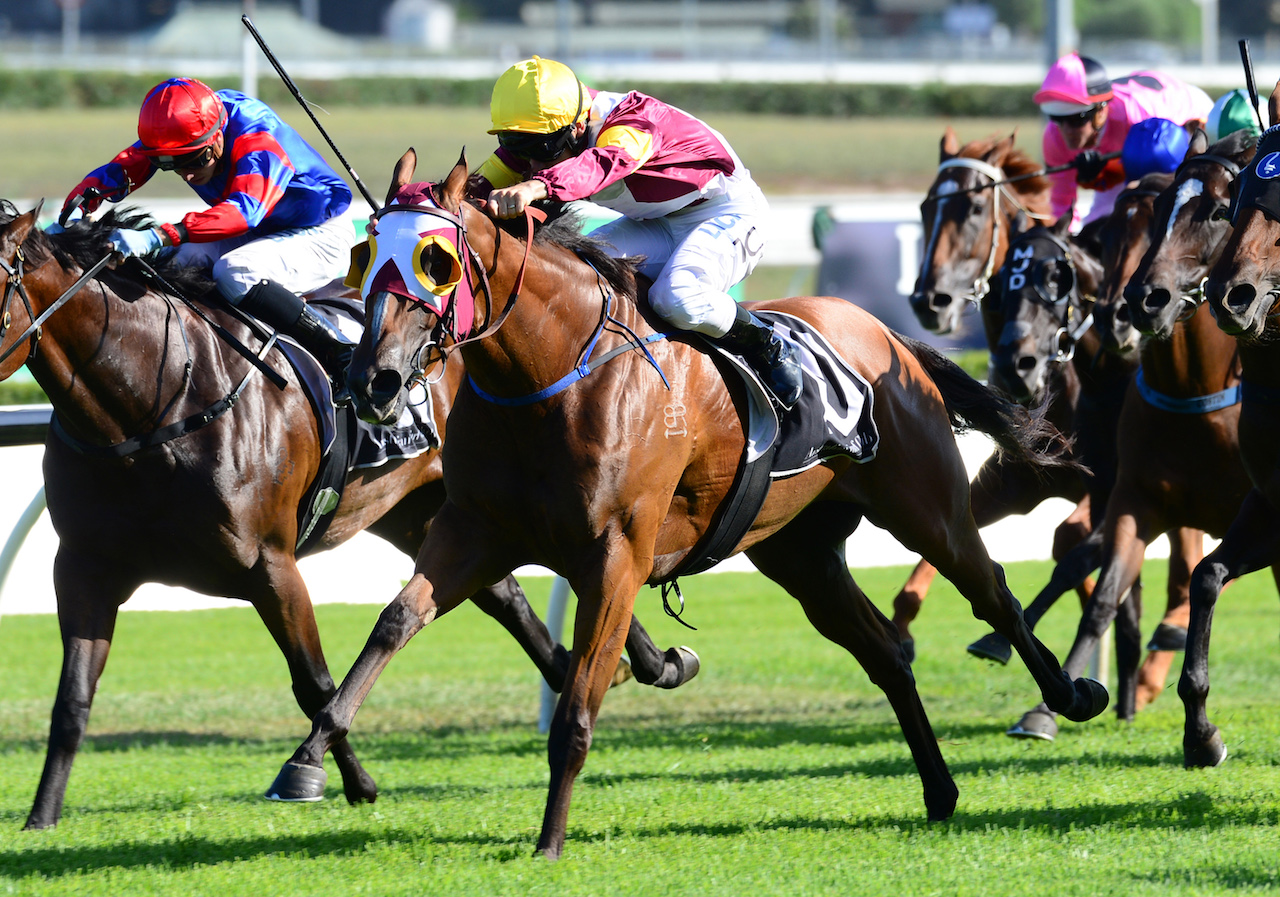 It was back then that the connections of Faraway Town stood proud on the Gold Coast podium, receiving a $325,000 bonus after their filly – by finishing sixth – had become the best placed, all-female-owned horse in the $2 million Magic Millions 2YO Classic.

However, until Faraway Town’s return to racing on 20 January, the now 4YO had been missing from the winners’ enclosure for over two years.

That said, if the ownership group was frustrated by the run of near misses, they haven’t been showing it, cheering wildly as Faraway Town got up in a thriller on Saturday.

Smith’s wife, Melissa, is one of those owners and believes the camaraderie between all the women is something special.

“I’ve never been involved in anything like it, a beautiful group of girls,” Melissa Smith points out. “They absolutely love this horse. Faraway Town never puts in a bad run, but from the passion and excitement the owners show, you would never think she gets beaten.”

Faraway Town has now raced on 19 occasions for three wins and six placings, yielding $832,325 in stakes … a massive return on her asking price of $200,000 at the 2015 Gold Coast Magic Millions Yearling Sale where she was knocked down to Francis and Christine Cook’s Mystery Downs,” Smith adds.

“Francis and Christine have been terrific supporters of the stable over the years and have really got behind the all-female ownership concept.

“They lease these well related types out to clients, friends, colleagues, golf mates … and hopefully reap the residual rewards when the horse’s racing days are done.
“I’ve had quite a few women from the Faraway Town ownership tell me that they would never be able to get involved with such quality racehorses without Francis and Christine.

“It’s been such an incredible journey with the horse: Magic Millions, Melbourne Cup day, the Championships and now a much deserved Group win.”

Unfortunately for Melissa, she had to cheer on Faraway Town … well, from faraway.

“Matt and I had been really busy with the sales, so I promised the kids I’d spend the day with them and sent a text to all the girls to say I could only be there in spirit. Christine sent me back a message saying: ‘well, the day you put your kids before your horse …’ which made me laugh.

“Anyway, it was great to get that stakes win under her belt and hopefully the Guy Walter in a couple of weeks.”

Faraway Town’s Triscay win has also added considerably to the success story that is Bell River Thoroughbreds, which both bred the mare and prepped her for sale.

Despite operating off relatively small numbers, Bell River has sold four stakes winners from just 17 yearlings offered at Gold Coast Magic Millions sales between 2011 and 2017, while homebred and dual Group One winner, Extreme Choice was sold by the farm for $100,000 at the 2015 Inglis Sydney Classic Yearling Sale.

Bell River Thoroughbreds, however, is currently “between homes”.

Based at Wellington in NSW from 1998 (and a thoroughbred concern from 2005), the farm principals – Andrew and Georgie Ferguson – sold the property last year after dispersing their mares at the 2016 Inglis Australian Broodmare Sale.

“It was a lovely farm, but it was just too hard to get staff out there,” Andrew Ferguson explains. “One son (James) was overseas and working for (bloodstock agent) Johnny McKeever, while the other son (Jock) was working up in the Northern Territory and neither wanted to shift back to Wellington.

“My wife Georgie and I were working 24/7 so we decided to step back for a while and take a ‘gap year’. We still have interests in a few mares that are with Arthur and Harry (Mitchell) at Yarraman Park and, while we don’t race many, we have Denmagic and also part-own Flippant’s half sister, a 3YO filly called I Am Excited, who was a neck third to Formality in the (Group Two) Furious Stakes and just beaten a head in the (Group Three) Red Roses at her last start. She’s due to resume this Saturday.”

After spending most of his professional career working with merino sheep, Ferguson is a keen disciple of genetics and believes a lot of the ‘laws’ applied to sheep have worked well for him in the thoroughbred industry.

Well, something appears to be working!

“I’m really into the genetics and love studying pedigrees, while Georgie has an incredible eye for ‘types’,” Ferguson points out. “I’m pretty proud of the fact that five of the mares we sold – in utero – at the dispersal, have their progeny up for grabs at the 2018 Inglis Australian Easter Yearling Sale.”