Worth Millions … A Masterclass In Ownership 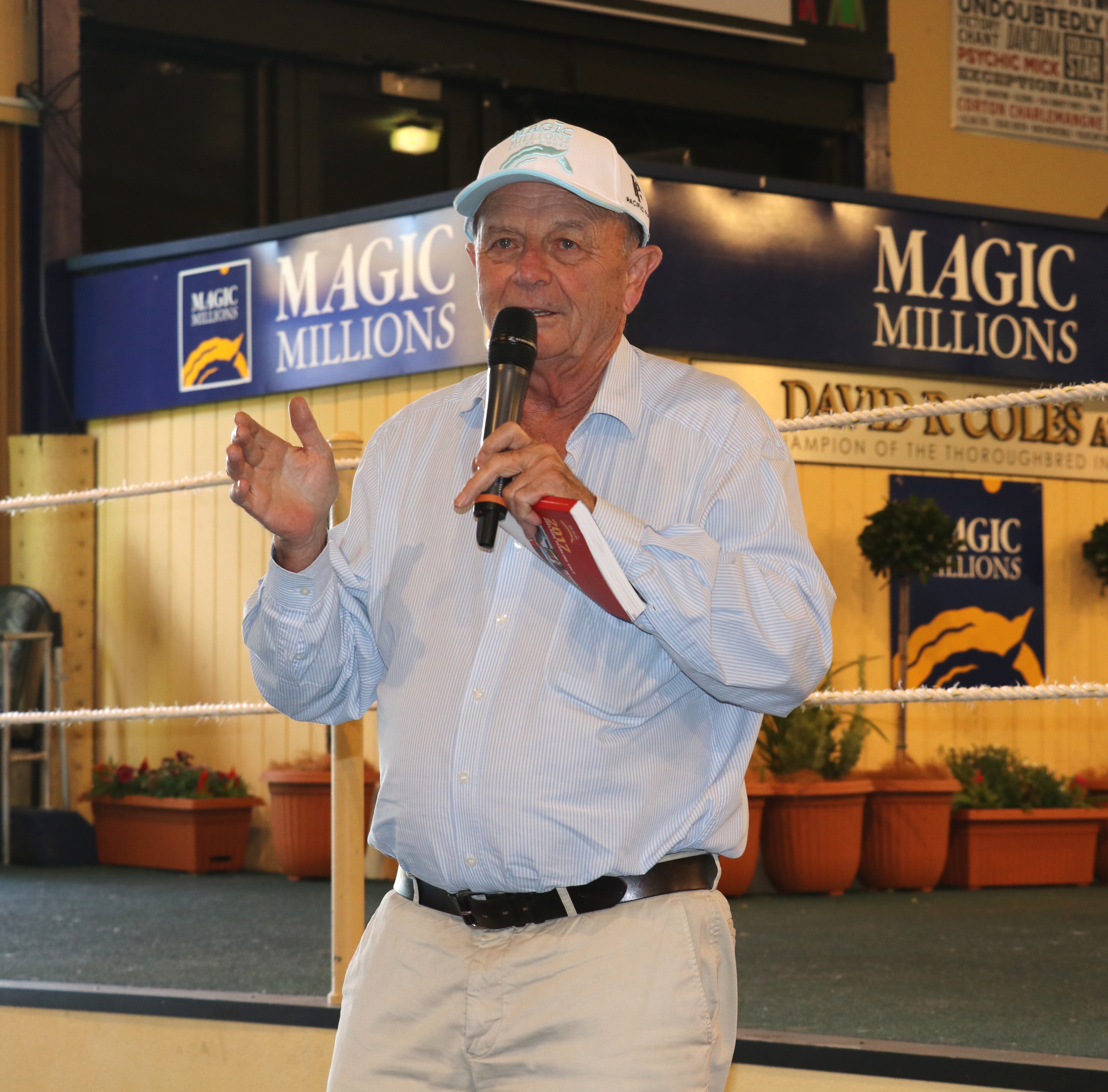 For Gerry Harvey, the equation is simple: either (a) experience total joy or (b) be miserable for the rest of your life.

Speaking at a “Masterclass with McEvoy, Stokes & Jolly” event conducted by Aushorse at the Adelaide Magic Millions sales complex on Sunday morning, Harvey said he had been racing horses since 1972 and was smitten from the get-go.

“You can’t explain to people just how good you feel when your horse wins a race and my advice is to give it a go, or the alternative is just being plain miserable!,” Harvey enthused.

The billionaire retailer and owner of Magic Millions, Harvey had the 150 attendees – many of whom have never previously walked onto a sales complex – in rapt attention.

Cox explained some of the finer points of horse conformation, getting up close and personal in the sales ring with a couple of yearlings: one youngster born to sprint and another likely to get over a distance.

“It was a great opportunity to show so many people – hopefully future racehorse owners – just what we look for in a racehorse and what better way than actually illustrating your point right there in front of them. It was a really pleasing turnout for a Sunday morning on a long weekend and it augurs well for the future of racing in South Australia.

“Well done to Aushorse for putting on the event … it’s a great opportunity for people to become involved and, who knows, a few of them might be back when the sale starts and better informed than before.”

Trainer, Tony McEvoy, fresh from a Group One victory last week with Hey Doc, also explained some of the ins and outs of seeking out a winner.

“I thought it was a tremendous turnout and have to commend everyone involved for organising the event,” McEvoy enthused. “I have to say that the questions that the attendees were firing in showed that they were genuinely interested in racehorse ownership and fingers crossed there will be a few converts from the day.

“I explained to them that I look at every horse at a sale and before I buy one, I’ve inspected him or her at least seven times.

“I’ve had a least five looks before I even open the catalogue and those last two times are simply to ascertain whether I can afford to buy the horse and if it will be possible to on-sell the horse to prospective clients.

“The bottom line is that we have to do our best to make it as an enjoyable an experience as possible for owners and, importantly, to make it totally transparent.”

One ‘newcomer’ is about to immerse himself in the McEvoy experience as the winner of a joint promotion between Aushorse and Adelaide’s The Advertiser, where the leading trainer will purchase a yearling this week at the Adelaide Magic Millions … of which lucky contestant – Matt Donohue – has now won a 10% share.

Donohue was so excited that when Aushorse CEO, Tom Reilly phoned to say he had won, he wasn’t sure if he was being “wound up” and asked for confirmation via email!

“It was terrific to see so many people turn up for the event,” said Aushorse director Chris Watson, who also runs Mill Park and has a large contingent of yearlings for the sale which kicks off today at 6pm and runs through to Wednesday.

“Quite often people think that racehorse ownership is inaccessible but informal seminars like this just show how easy it is to be involved. As I pointed out to the attendees, a horse like Happy Trails cost just $11,000 at the Adelaide sale and went on to win $3.3 million on the racetrack. Hopefully it encourages a few people to take their own happy trails.”