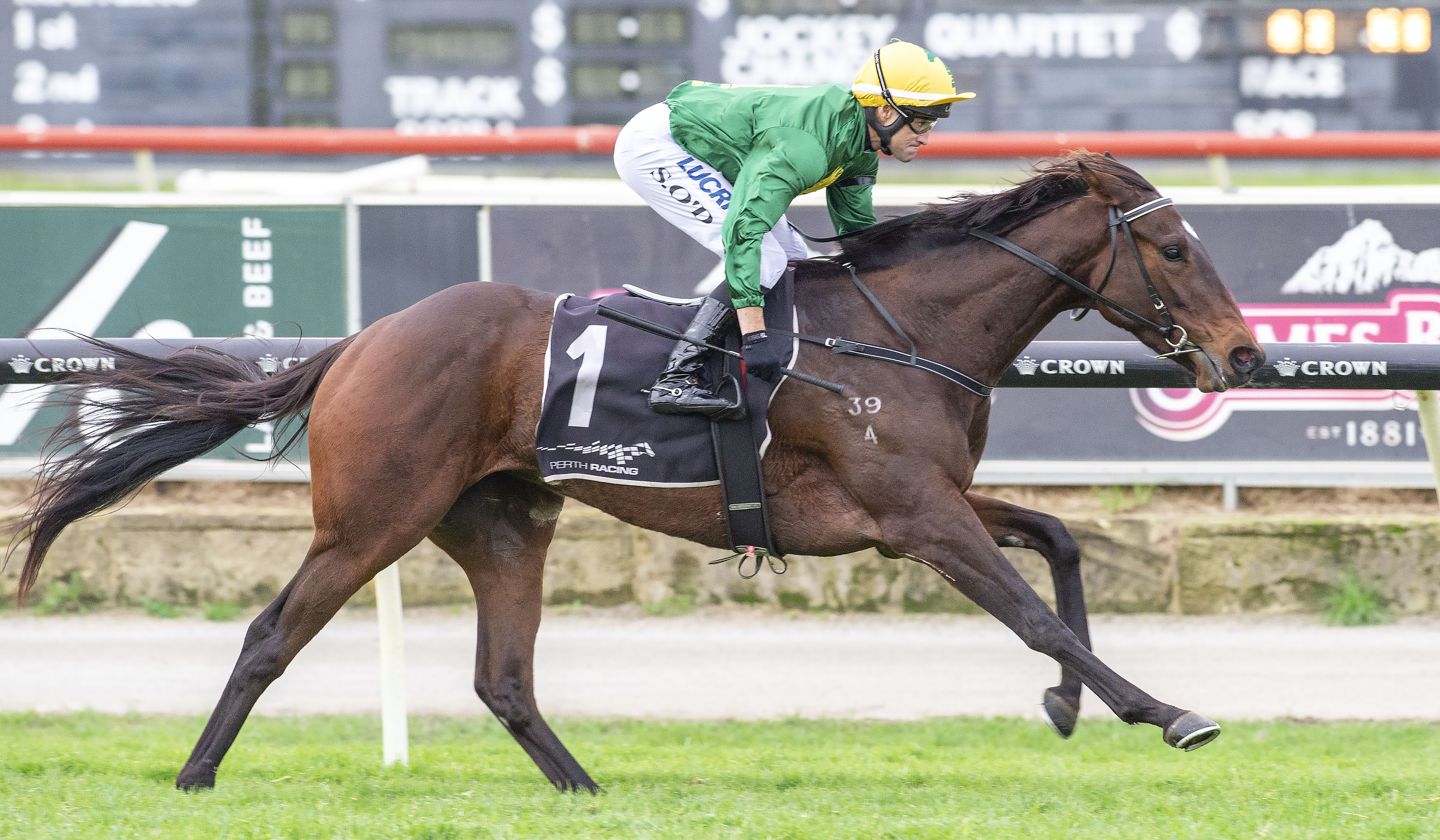 It can sometimes take a while to get from point A to point B in the thoroughbred industry, but persistence often pays.

Take Yarradale Stud principal Ron Sayers, for instance. Back in the 1990s, Sayers raced a Snaadee filly called Magdalena, a pretty good filly too. She won a stakes race in Perth and was Group placed on multiple occasions. She was a half-sister to Silver Slipper winner and sire Pre Catelan.

However, when Magdalena had finished racing, Sayers wasn’t in a position to buy out his partners, so watched on as the now broodmare produced eight winners, including a couple of stakes performing horses.

So, when the opportunity came up to purchase one of Magdalena’s daughters, Miss Strezelecki at the 2014 Inglis Easter Broodmare Sale, Sayers didn’t hesitate, paying just $8,000 to bring her to his Yarradale property, some 40 kilometres north east of Perth.

As an added bonus, Miss Strezelecki was in foal to Lope de Vega, and – within 12 months – the mare’s half-sister had produced a Champion 2YO Filly in South Africa called Entisaar.

On Saturday, Miss Strezelecki’s Lope de Vega filly – Mizlecki – produced a withering burst to capture the Listed Belmont Oaks over 2000m at Belmont Park. It was the filly’s third black type victory after earlier scores in the Sheila Gwynne Classic and Raconteur Stakes.

Trained by the legendary Fred Kersley, Mizlecki has won five of her 13 starts – two as a 2YO – and placed on three occasions for $389,700 in stakes, but the real value for Sayers and Yarradale is as a future broodmare.

The Belmont Oaks also caps off a remarkable season for Yarradale Stud with a number of stakes winners by its stallions and an incredible run of success with its 2YO graduates.

“Fred Kersley leased Mizlecki from Ron after we had passed her in just short of her reserve ($30,000) at the 2016 Perth Magic Millions Yearling Sale,” Yarradale Stud’s manager, Bernadette Hamill explains.

“Although Lope de Vega has since gone on to produce Group One winners like Santa Ana Lane and Vega Magic this season, buyers didn’t know much about him at the sale. Besides, Mizlecki was only small…still is actually, but what there is of her, is all heart.”

It hasn’t all been smooth sailing for Miss Strezelecki since foaling Mizlecki though having lost a colt and slipping in 2016. She did however produce a Gingerbread Man filly last spring and is back in foal to the Shamardal stallion.

Another Yarradale owned stallion is the Rosalee Park based, Vital Equine, whose runners include seven-time stakes winner and Melbourne spring bound, Material Man.

“It’s been great to see home-breds like Mizlecki and War God win stakes races this season, but we’ve also had a real purple patch with our 2YOs too,” Hamill adds.

“Valour Road won the (Group Two) Karrakatta Plate, we quinellaed the first at Belmont on Saturday with Essential Spice and Fire And Rain, plus there is Burgoyne, Alcina, Carolina Reaper and Super Stardom. That’s seven individual city 2YO winners of 11 races for over $1 million in earnings.