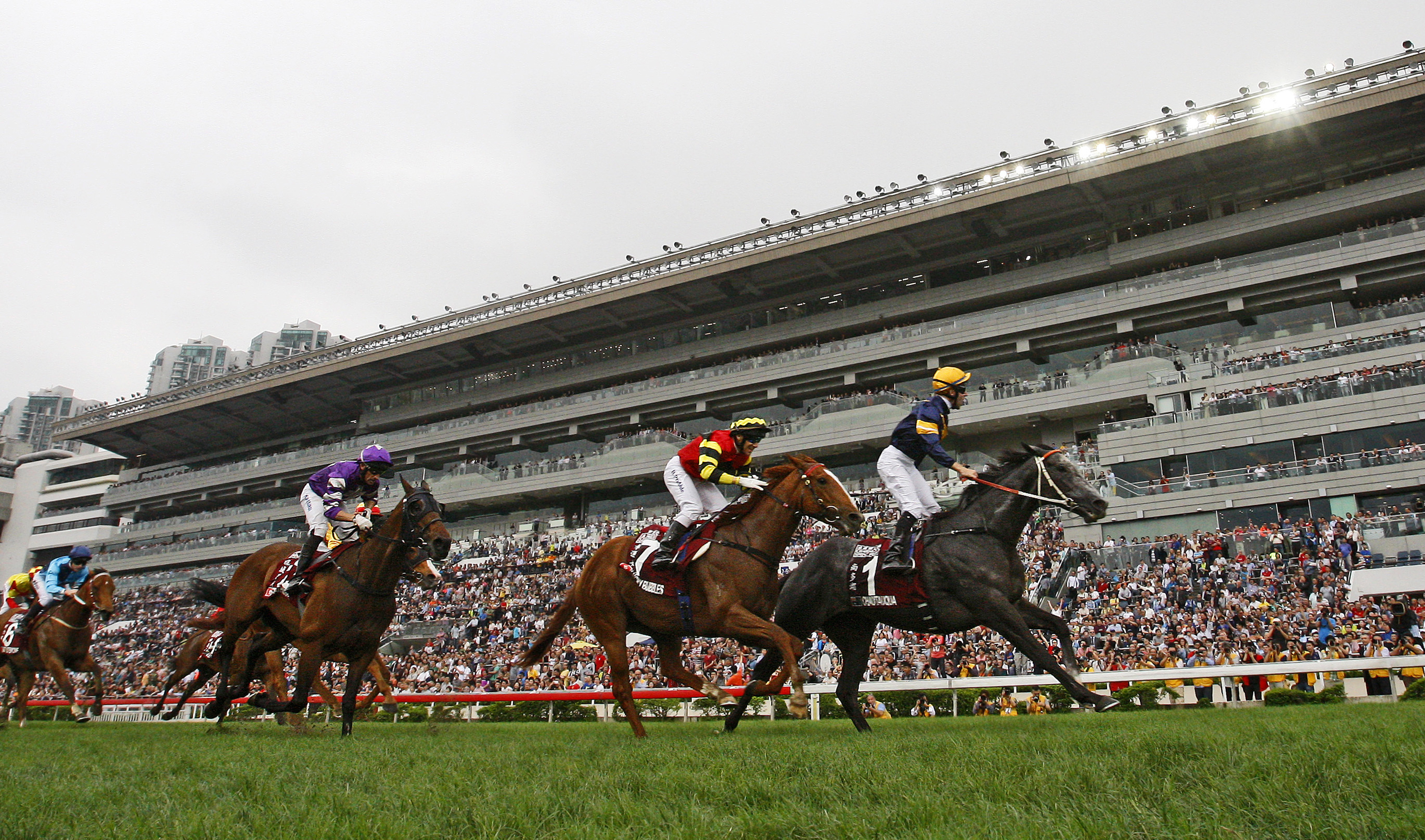 Michael Cox of the South China Morning Post probably didn’t need a crystal ball when previewing yesterday’s $HK 10 million Chairman’s Sprint Prize, suggesting that “There is likely to be at least one moment where it looks like Chautauqua can’t win, but the big striding grey’s booming finish will be enough to take out what is the race of the season so far. Chautauqua boasts the most electrifying sprint in world racing and although his type of exciting come-from-last run pattern is rarely successful in a Group One sprint at Sha Tin, he finds a race with sufficient early speed to show his best”.

And show his best the Australian-bred flyer certainly did with Cox adding that Chautauqua was “racing overseas for the first time against a field featuring four of the highest ranked turf sprinters in the world, against a total of five Group One winners and a host of up and coming types”.

It was truly a remarkable performance and one that Hong Kong, and Australian, racing fans are not likely to forget in a hurry.

Chautauqua reeled off the last 400m in a blinding 22.28 seconds to win his fifth Group One, but from an Australian perspective it was a huge triumph all round with our locally-bred/Hong Kong-trained horses also running second and third via Lucky Bubbles and Strathmore.

History has a tendency to remember the winners, but it was a masterful display by the placegetters with Lucky Bubbles missing out by a neck, while Strathmore was just a length back from the winner.

Underpinning the strength of Australian runners in Hong Kong, Lucky Bubbles had taken out his previous two assignments, including the Group Two Sprint Cup, while, heading into the Chairman’s Sprint, Strathmore had run an unlucky third behind Lucky Bubbles in the rich Vengeance of Rain Handicap.

A son of Champion Sire, Encosta de Lago, Chautauqua was bred by Woodbury Pty Ltd, Lucky Bubbles (Sebring) owes his place on the stage to Black Caviar’s breeder, Gilgai Farm and Strathmore (Fastnet Rock) hails from one of Cressfield’s foundation mares in Our Egyptian Raine.

In an emotional aftermath, co-trainer Michael Hawkes said Chautauqua would now likely be targeting the Diamond Jubilee Stakes at Royal Ascot in June: “Dreams are made of this, having a horse of this calibre,” said a relieved Hawkes. “We’ll see how he pulls up but there are two million reasons for him to go to Royal Ascot”, referring to the Global Sprint Challenge bonus which is payable on designated wins in three countries.

However, after assessing the horse this morning, Hawkes reported that Royal Ascot plans have been shelved for the champion grey who will instead head home to target the Group 1 Darley Stakes at Flemington in the spring before a possible return to Hong Kong in December for the International Sprint.

“He has got nothing to prove, not that he ever has,” Hawkes said. “He won both races and had four hard runs in the meantime. As much as the carrot is big in England, the horse comes first.”

The first three home in the Chairman’s Sprint Prize weren’t the only Australian highlights at Sha Tin, with Contentment – a NSW bred son of Hussonet – producing a gutsy second behind Japanese superstar, Maurice, in the Group One Champions Mile.

Trained by John Size, Contentment won the Group One Queen’s Silver Jubilee Cup in February and is yet another shining example of Australia’s impact on global racing.