A Sprinting Spring With Staying Promise 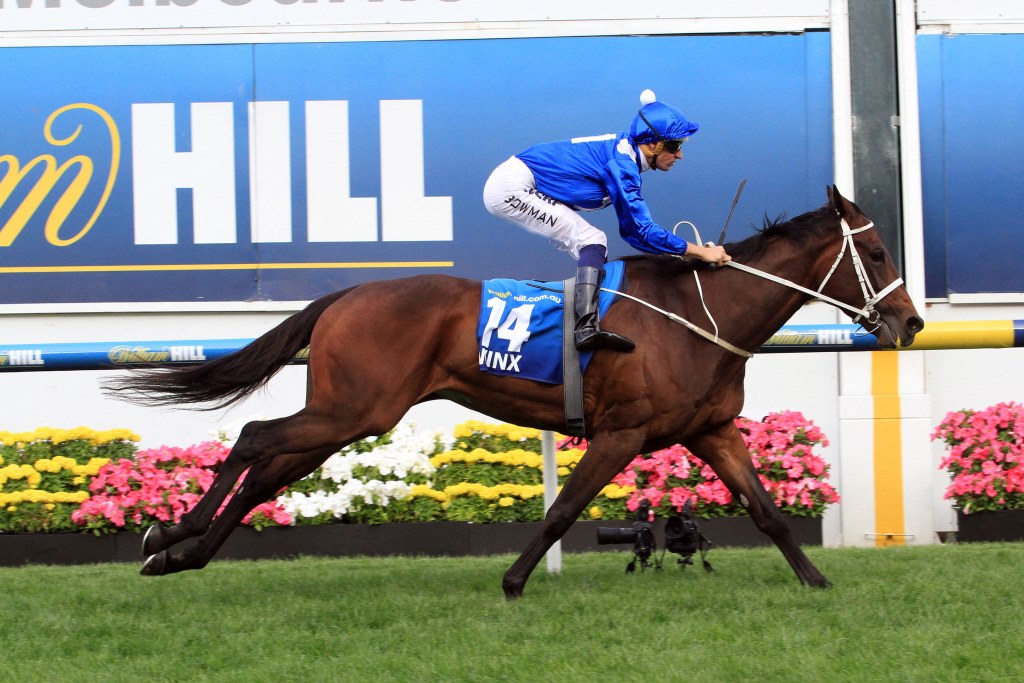 No one should be surprised at a set of spring carnival results that reveal almost every Group 1 race of 1600m or shorter was won by an Australian-bred horse.

But when expectations are delivered as reliably as they are by local sprinters and “milers”, the magnitude of their success is, indeed, a lot more than mundane.

Such was the pattern during the Melbourne and Sydney spring carnivals just concluded, as it was in the same cities in the autumn and in the mid-year Brisbane and Adelaide carnivals and last summer in Perth.

From the Memsie Stakes in late August through to the final day of the Flemington carnival last Saturday, 16 Group 1 races were run at distances between 1000m and 1600m.

And Australian-bred horses won 14 of them – and that doesn’t include the wins of outstanding filly Winx in the Cox Plate (2040m), Mourinho in the Underwood Stakes (1800m) and Criterion.

It wasn’t much different in the autumn when 16 of the 21 races in the same distance range went to local produced runners.

Or in Brisbane in the winter where the five Group 1 races up to 1600m went the same way, as did Perth’s two last summer and Adelaide’s Goodwood Handicap.

“No surprise there,” said Sydney trainer Gai Waterhouse. “Everyone knows where the best sprinters and milers come from.”

And it hasn’t just been a small group of elite horses who have won them with the victories being widely shared.

From the first Group 1 of the year, the CF Orr Stakes (1400m) won by Dissident in February, to the Darley Classic won by Delectation at Flemington last Saturday, multiple winners have been rare.

Among the open class horses, only Dissident, Australia’s Horse of the Year, Boban, Srikandi and Chautauqua collected more than one Group 1 win. The two-year-old Pride Of Dubai won two juvenile Group 1s in the autumn.

The spring results further emphasise the depth in the top level sprinting ranks with each of the six Group 1 sprints this spring being won by a different horse.

At 1600m the Australian-bred influence proved almost as pervasive with eight of the 10 Group 1 races of the spring at the mile won by locals.

Most notable among them was Winx whose Epsom Handicap and Cox Plate wins have made her the early Horse of the Year favourite.

While the sprinters and milers did their job, the spring also confirmed the standing of a couple of other outstanding, locally-bred performers over longer trips.

And it offered a late reminder of a West Australian mare who is yet to travel further east than Adelaide, but who fits very comfortably among the elites.

Topping the list of locally-bred stayers is Mongolian Khan who already had a lofty reputation when he returned to Australia this spring, but he went ahead an enhanced it.

His Caulfield Cup win, coming on top of two Derby victories in the autumn make him, arguably, the best Australian-bred stayer this century.

One of Mongolian Khan’s closest competitors for that title is Criterion, whose credits owe much to the ability of his trainers David Hayes and Tom Dabernig to travel him to Hong Kong and the UK and bring him back with hardly a break to win the Group 1 Caulfield Stakes and then run placings in the Cox Plate and Melbourne Cup.

Criterion may not have the official AUS appendage, but he is by an Australian-bred, Hunter Valley-based stallion, and is from a locally-bred mare.

He is also a true product of the Australian “system”.

By the Golden Slipper winner Sebring, Criterion won the Black Opal Stakes in Canberra, the Todman Slipper Trial at Rosehill and ran in the Slipper himself as a two-year-old in 2013, finishing sixth to Overreach.

His spring credits have made him the highest stakes earner in training in Australia with almost $6.8 million in the bank.

But it was the West Australian mare Delicacy who made one of the most eagerly anticipated, if late, appearances of the season.

As the stars of Stakes Day at Flemington were ending their spring campaigns, Delicacy was beginning hers with a fine third in the Group 2 Lee Steere Stakes at Ascot in Perth.

That was her first start since concluding a six-win streak last autumn with the rare and impressive double-double of the WA Oaks and WA Derby followed by the Australasian (SA) Oaks and SA Derby, the latter two at Group 1.

Delicacy has raced 15 times, winning 10 and only once missing a place.

She is Australian-bred, and as her trainer Grant Williams says: “She could be anything.”

To read the article as a PDF, click here.