A Time For Heroes 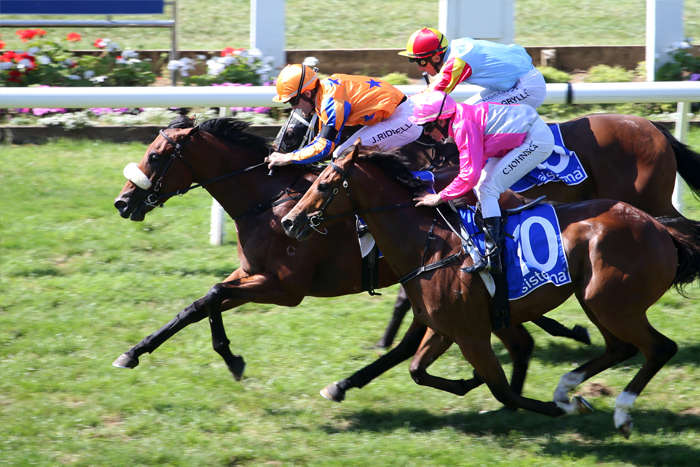 Although the numbers of Australian-bred horses racing in New Zealand fill just a minor proportion of the country’s racing population, the success rate of our Tasman hoppers has been phenomenal.

Only last week, the Stryker 3YO, Rangipo, nabbed a jewel from the Kiwi crown, but then the juggernaut rolled into Saturday with Heroic Valour capturing another Group One for Australia with victory in the Sistema Diamond Stakes for 2YOs.

Fittingly, Heroic Valour is by Stryker’s sire, Fastnet Rock, Australia’s reigning champion sire who can clearly find a winner regardless of venue.

Coolmore Stud, which stands Fastnet Rock at its Hunter Valley complex, is rightly proud of the Danehill sire’s incredible success (90 stakes winners), adding that Heroic Value is the 44th Group One winner to graduate from the Jerrys Plains farm, Rangipo having been the 43rd. That number could well have been 45 if Awesome Rock – yes, he’s by Fastnet Rock too – had not of lost the Australian Cup on protest.

But how did Heroic Valour end up racing in New Zealand?

Coolmore Australia’s General Manager, Michael Kirwan, explains: “Placement of our yearlings is of paramount importance to achieving the optimum result. Gordon Cunningham of Curraghmore Stud, with whom we have a great relationship, saw him as a weanling and thought he would sell very well over there.

“And he certainly did … $NZ400,000 to David Ellis, who endorsed that purchase by going to $NZ510,000 to secure the full-brother at the New Zealand Premier this year,” added Kirwan about the Katom-bred colt.

Kirwanalso said that it wasn’t long before reports started to circulate that Heroic Valour was showing signs of being something out of the box.

“He’s a magnificent looking horse and David was very keen on him from an early stage. He’s been terribly green at each of his starts, which speaks volumes for his class: he’s still unbeaten after three runs and now he’s a Group One winner,” Kirwanpointed out. “There is a tremendous amount of improvement in this horse and, as his pedigree would suggest, he’ll just get better with age.”

Heroic Valour is out of the prolific mare, Myrrh, whose eight winners also include another Group One winner in Doncaster Handicap hero, Triple Honour.

“We (Coolmore) take great pride in the success of the horses that come off the farm and Heroic Valour is the third Group One winning 2yo graduate in less than 12 months, while he is also the sixth Group One winner we’ve produced since the start of 2015,” Kirwan summarises. “Group One winners are always special and it’s a strong endorsement of the hard work and high standards set by our team.”