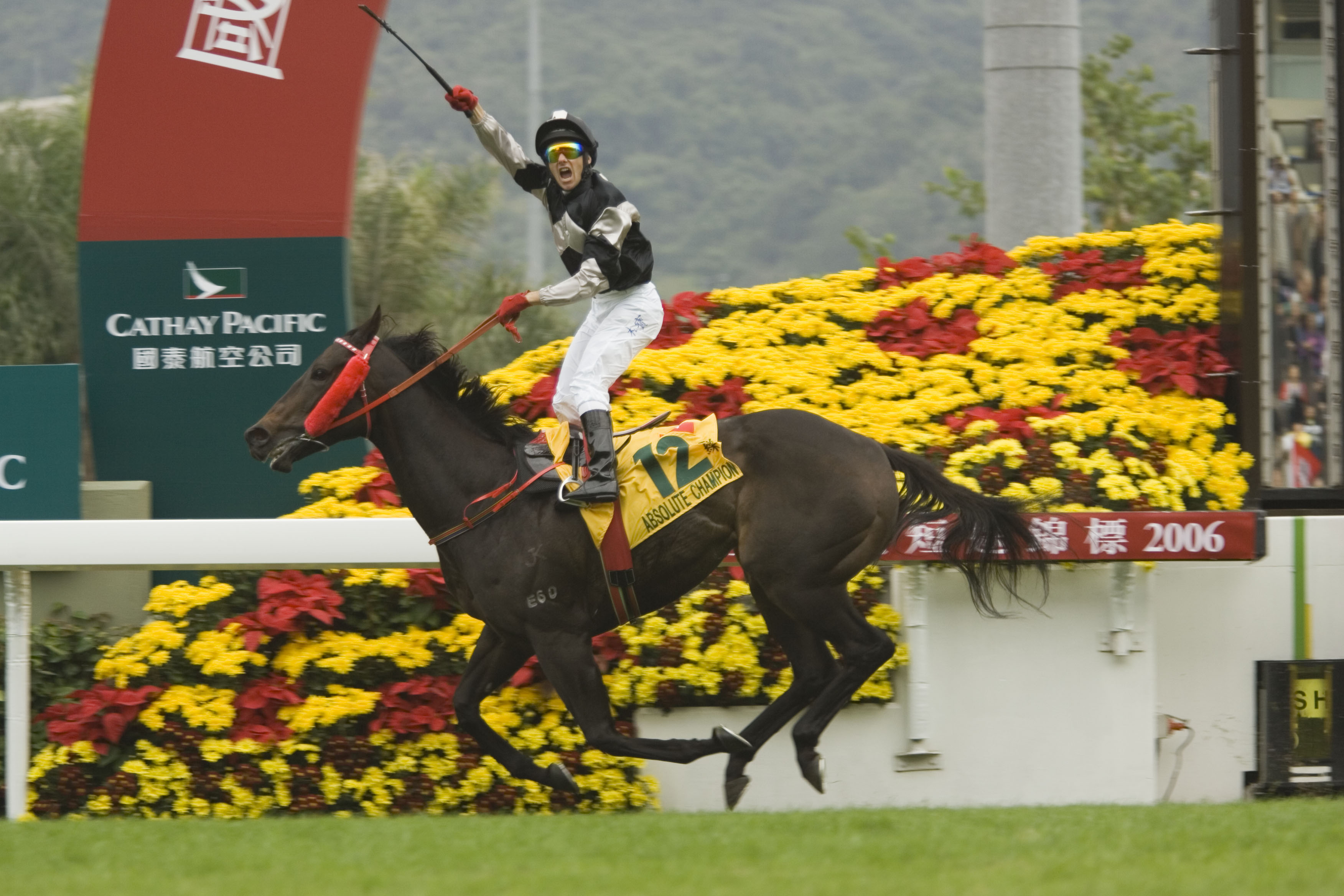 Australian horses have always won the most races in the high-powered world of Hong Kong racing and Australian jockeys have always been among the top performers.

But as much as Australian-bred horses like Able Friend and Silent Witness and jockeys like Zac Purton, Brett Prebble, Geoff Lane and many others have achieved in Hong Kong, it is Australian trainers who have made the greatest impact in what is regarded as the world’s most competitive racing centre.

John Moore, a member of one of Australia’s most famous racing families is the most successful trainer ever in Hong Kong, and the world, winning seven trainers’ championship, being the first to train 1000 winners and topping the prizemoney list for the past 10 seasons.

John Size became champion trainer in his first season and has won six more titles in Hong Kong, while David Hayes won two trainers’ championships and was among the top four in each of the 10 seasons he trained there.

John Moore’s father George topped the trainers’ premiership 11 times and others like Neville Begg and Geoff Lane trained with distinction in Hong Kong.

All of them were drawn to Hong Kong by the challenge of competing against the best and the chance to benefit from a racing environment more lucrative than almost any on earth.

David Hall gave up two Melbourne Cups when he packed up his Melbourne stable and came to Hong Kong in 2004.

But he’s hardly had a single regret.

Hall trained Makybe Diva to win her first Cup in 2003 and then had to look on from a distance as Lee Freedman saddled her to win two more.

The thought of what might have been occasionally comes into Hall’s mind, but he remains content with his decision.

“I don’t regret it, everyone asks me the same question about Makybe and winning two more Melbourne Cups, but she was the one who got me to Hong Kong,” Hall said.

“There have been tough times watching her win her second and third Cups. You re-think things; it plays on your mind.

“But really, I have no regrets. I’m in the best position I’ve ever been in here In Hong Kong.

“I’ve got 60 horses, we finished off last season very well and we’ve started off with a great strike rate this season.”

Up to the start of this season, Hall had trained 326 winners in Hong Kong, he’s had a horse that came close to living up to its name – Absolute Champion – and he’s learned a lot about racing and life.

With 11 seasons behind him, Hall believes the knowledge and understanding he has gained mean his best years as a trainer are still ahead.

“There are a lot of things to overcome when you arrive in a place like this,” he said.

“Inevitably there are discussions you need to have and if you can communicate on the same level with your owners you can put out the fires a lot quicker.”

Like most expatriate trainers, Hall has a Chinese-speaking assistant trainer who assists with communication and other cultural issues.

“When you first arrive you’re so keen and eager to get going, you don’t know how difficult it’s going to be,” he said.

“Even things like feng shui. Sometimes an owner will move a horse to another trainer because the feng shui is wrong or if their friends fill their heads with superstition, there’s a lot of that.”

Hall has also learned, sometimes the hard way, about the type of horses he needs to win races in Hong Kong.

Fillies and mares aren’t generally wanted, neither are wet-trackers and he’s cautious about European horses.

“Soundness issues are also a thing in Hong Kong because the tracks are almost always firm. So you need horses who are tough,” he said.

“The European horses tend take a lot longer to get used to it than the Australian horses.”

As the standards have improved in Hong Kong, Hall has found that trainers and owners have been forced to lift their sights when it comes to buying tried horses.

Where it was once possible to win races with horses from the bottom end of the market it is now necessary to spend a lot more.

“The basic rule of thumb is if it can’t win a Saturday city race in Melbourne or Sydney, you’ll find them sliding down the ratings when they get here,” he said.

“If you’re going to bring a Geelong maiden winner and think he’s going to fit into the system you’re wrong.”

With only two meetings a week and a nine month season, Hall says he has learned to appreciate every win.

“You have to adjust to and accept – you’re in Hong Kong you’re not going to be winning as much – but when you do you get a lot more satisfaction from it,” he said.

“Any race you win here is like winning a Group race.

“The satisfaction, the relief and the excitement you get from winning a regular race here is every bit as good as winning at Flemington.”

High among the positives for Hall is the exposure to new pedigrees, new riders and new horses.

“Watching jockeys like Joao Moreira, Zac Purton, Douglas Whyte and Brett Prebble competing so intensely against each other. To be able to work with them, it’s fantastic.

“It’s the centre of world racing and everyone wants to be involved in it.

“There’s more international horses, more trainers. The locals have learnt a lot and improved with their feeding and their buying of horses.

“The whole competition has got a lot better.”

Under the Hong Kong system all of the tedium of running a training business is removed.

Trainers don’t need to send accounts to owners, there are no rents, no vets or feed bills, no 3 a.m. starts, you can walk – or ride a bike – to work and you race for some of the highest prizemoney in world racing.

“All we do is turn up and give orders.

“All we have to do is keep in touch with our owners and perform.”