Air Of Invincibility About Houtzen 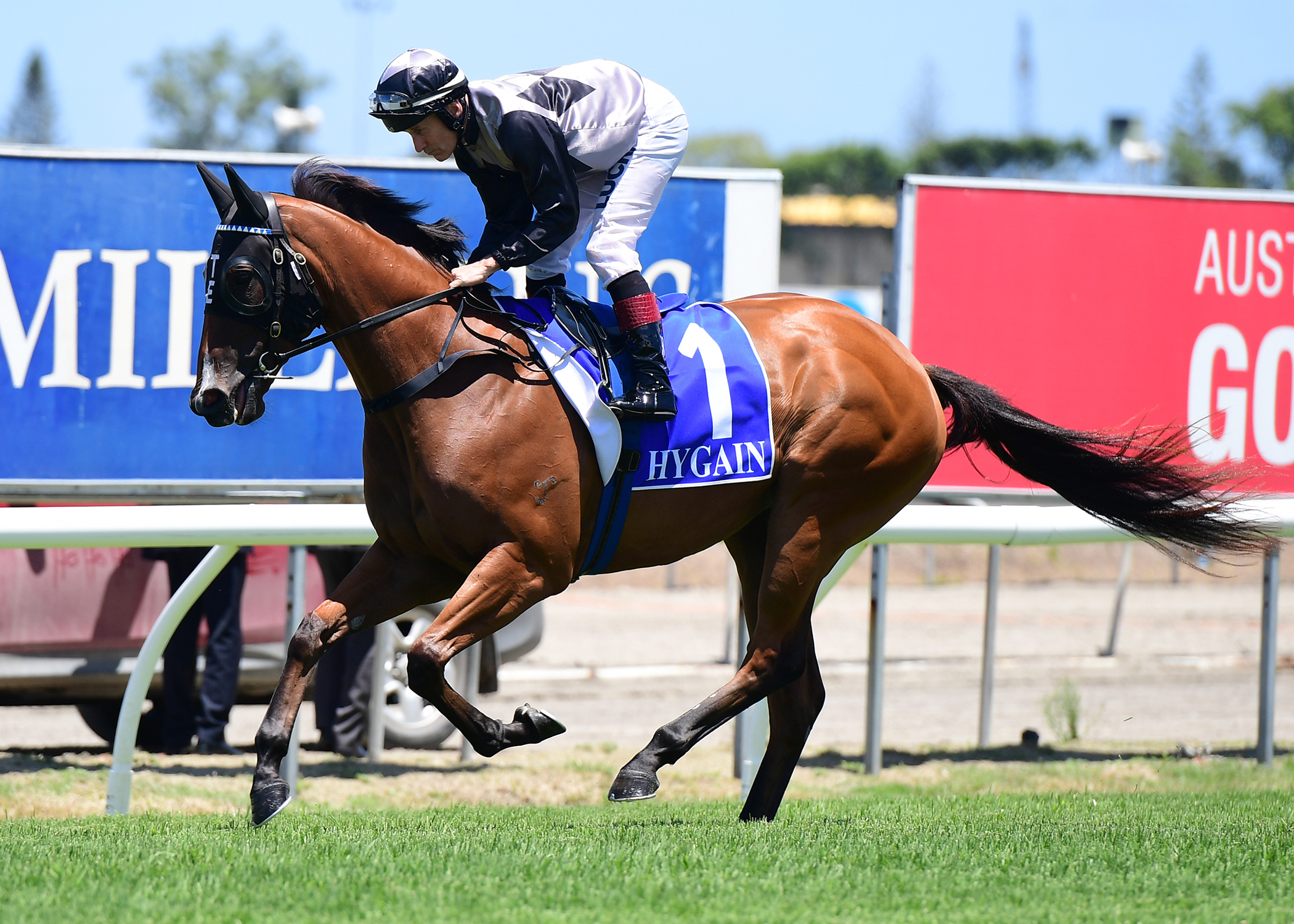 Only five sleeps to go!

To suggest that the crew at Yarraman Park are a bit excited about Saturday’s $10 million race day at the Gold Coast would be something of an understatement.

Even the normally laid-back, Harry Mitchell, was chomping at the bit about the prospects of Yarraman Park’s golden boy, I Am Invincible, on Queensland’s (and one of Australia’s) biggest racedays.

“Houtzen’s win at the Gold Coast on Saturday in the QTIS Two-Year-old Handicap was a tremendous performance and she should be very hard to beat in the $2 million (Magic Millions 2YO Classic) race,” Mitchell enthused. “We (Yarraman Park) sold her to Toby Edmonds for $105,000 on the Gold Coast last year and a win on Saturday would cap off an incredible 12 months for I Am Invincible.

“Aside from Houtzen, Yarraman Park also sold From Within (second favourite in the MM 2YO Classic) and Invincible Star (on fourth line of betting), so we should have a real good shot at coming away with a winner.

“What’s more, I Am Invincible has some very good chances in the other big races: Eckstein is set to give the $2 million Magic Millions 3YO Guineas a good shake, while Most Important and I Am Zelady could make their presence felt on the day as well.

“Not surprisingly, there has been quite a bit of interest in the I Am Invincibles we have here on the Coast and even with the sale itself still a couple of days away, there’s a very good vibe around the complex.”

Houtzen first came into Magic Millions 2YO Classic calculations when she debuted with a four length victory at Doomben on Christmas Eve, but it was the nature of her win over 1100m at the Gold Coast on Saturday that had the neck hairs standing to attention.

Houtzen dominated throughout and was eased down in the shadows of the post to win by over four lengths.

While it’s likely she will offer better odds come race day than last year’s winner, Capitalist (at $1.40, the shortest priced MM winner), Houtzen is poised to go into the race as firm favourite ahead of Chris Waller’s From Within, Chris Munce’s Ours To Keep, Gai Waterhouse and Adrian Bott’s Invincible Star – all unbeaten – along with Lindsay Park’s Wyong Magic Millions 2YO winner Madeenaty.

When posed the question immediately after Saturday’s romp, Edmonds was prepared to wait and see how Houtzen pulled up, but the Gold Coast based trainer was much more ebullient 24 hours on, saying that the filly “was in terrific order and ate up well. All systems go for Saturday”.

If Houtzen is successful she will become the first filly in four years to capture the Magic Millions 2YO Classic, although females had made a clean sweep of the race from 2010-13.

Houtzen is a daughter of the winning Reset mare, Set To Unleash who is, in turn, a close relation to Champion South African 3YO Filly and Champion Older Mare in the UAE, Sun Classique.

Houtzen was bred by Noel Leckie who is also the breeder and part owner of outstanding sprinter, Voodoo Lad, who has won nine – three at stakes level – and only once been unplaced in 18 starts.

HOOFNOTE: Aside from the victories of Houtzen and Eckstein at the Gold Coast on Saturday, I Am Invincible had produced winners on all but one of the first seven days in 2017 and his number of 2YO winners this season rose to six on Friday night with the debut victory of Yulong Xingsheng over 1100m at Canterbury.

Originally purchased by Wattle Grove from the Mane Lodge draft for $37,500 at the 2015 Magic Millions Weanling Sale, Yulong Xingsheng was pinhooked to the 2016 Inglis Classic Yearling Sale where she was knocked down to Yu Long Investments for $55,000.