AKAVOROUN A CROSS TO BEAR FOR MAHER 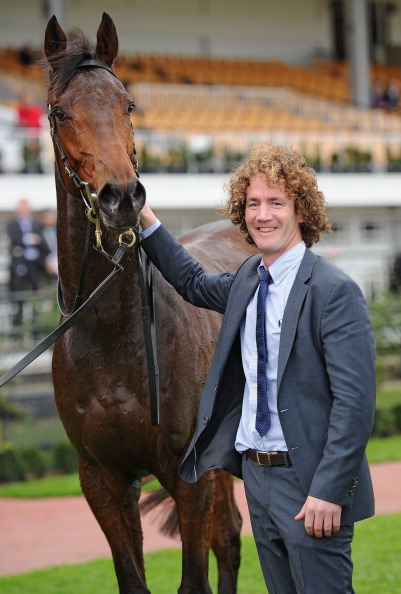 It’s probably fair to say that relatively few people knew who the fresh-faced kid with the long hair was standing in the mounting yard at Flemington on one of the biggest race days of the year.

Both were in esteemed company: Tears I Cry was up against Horse of the Year, Weekend Hussler, and some of Australia’s best milers, while that fresh-faced kid, Ciaron Maher, was mixing it with household names like Cummings, Freedman and Hayes.

We all knew Maher’s name after it though and, testimony to his prodigious talent, haven’t stopped hearing about him since: Jameka, Azkadellia, Srikandi, Set Square, even a Grand Annual winner in Al Garhood, as a reminder that Maher was – in a previous life – a pretty good jumps jockey.

But Maher, understandably, will always have a soft spot for Tears I Cry, a son of the Green Desert stallion Lacryma Cristi whose name, loosely translated, means Tears of Christ.

Brought to Australia by the Victorian Stallion Partnership in 1997, Lacryma Cristi was impeccably bred and while only lightly raced, won on debut as a 2YO.

Standing his first six seasons at Rangal Park Stud and a year with Little Plains, Lacryma Cristi was then sold to Larneuk Stud in 2004 where he spent the next three seasons, before shifting – finally – to Karina Rowe’s Carinya Stables at Stawell.

As you probably have guessed by now, due to the number of re-locations, Lacryma Cristi hadn’t exactly lived up to his promise.

Desert Angel, from his second crop, was a very good 2YO, but Tears I Cry – conceived in year five and not winning his Emirates until the stallion’s 10th season at stud – meant that Lacryma Cristi was deemed anything but commercial by the time he arrived at Stawell.

“Unfortunately, by the time Tears I Cry won the Emirates it was too late to capitalise on it for that season,” Rowe recalls. “It was pretty exciting to get a call from Ciaron’s father, John, the following year though, enquiring about sending his mare Salquetta to Lacryma Cristi.”

In tandem with his son, John Maher had acquired Salquetta from the Inglis Melbourne August Sale for $2,500 and, as Ciaron explains: “We were pretty familiar with the family. Quite a good pedigree with horses like (South Australian Derby winner) Cheviot up close.

“What’s more, Salquetta is by Salieri, who is also the broodmare sire of Tears I Cry. So, we thought, why not send her to Lacryma Cristi to see if the cross will work again and, besides, it was a fairly cheap exercise.”

That “cheap exercise” – a colt born in 2009 and named Akavoroun – won his second stakes race on Saturday, taking out the Listed Tattersall’s Mile at Doomben: and along with his 2014 Listed Winter Championship Final, plus five other career victories, Akavoroun has now accumulated close to $400,000 in stakes for Team Maher and a happy band of fellow owners.

Despite two years between visits to the winners’ circle for Akavouroun, Maher added that he’s a “very good moving horse” and “I’m very happy the cross (Lacryma Cristi/Salieri) has worked so well”.

Sadly, that particular cross is no more with Lacryma Cristi destroyed following a paddock accident in 2010.

“He only covered around 10 mares the year before he came to us, but there was obviously quite a bit of interest in Lacryma Cristi after Tears I Cry came along and he covered around 60 mares the following two seasons,” Rowe adds.

“Having to be put down after he broke his leg was devastating. I wasn’t too keen on standing any stallions for a while after that, but I’ve since acquired the Danzero horse, Golden Lake, who is going along OK with Nearest The Pin, who won a stakes race at Flemington, while Molly The Snip has won a few races for him too.”

No more tears, but hopefully the winners start flowing.