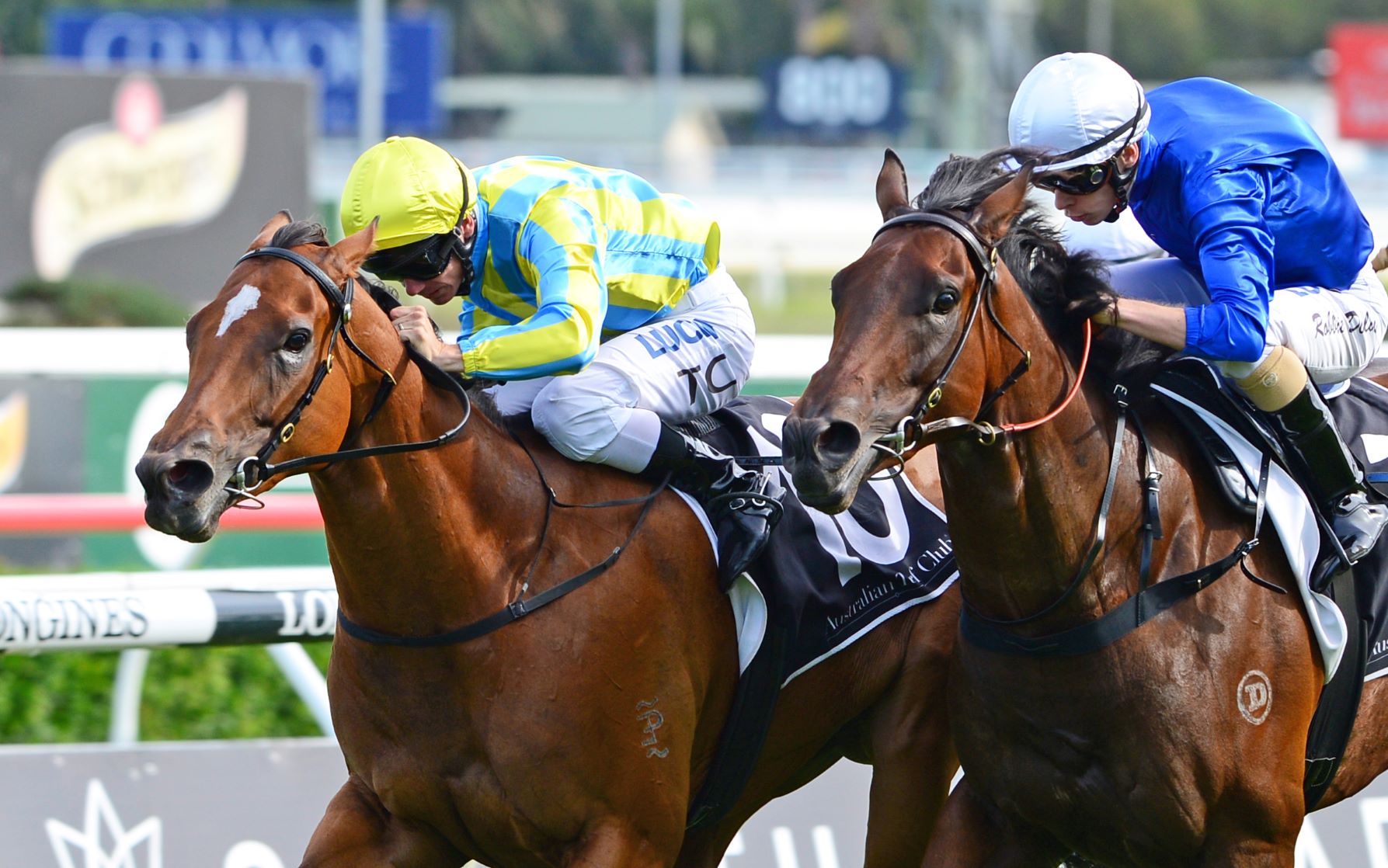 No one would question the veracity of Gai Waterhouse’s decision to back up Alassio in Saturday’s Group Three Robrick Lodge Triscay Stakes over 1200m at Randwick, but realistically the 5YO mare wasn’t expected to trouble the favourite, Manicure.

Indeed, in the 12 horse field, Alassio sat on the sixth line of betting: punters clearly not expecting much in the way of improvement from her third to Champagne Cuddles in the Group Two Breeders Classic at Warwick Farm just seven days previously.

However, the good surface and return to her home track made all the difference as Alassio clipped Manicure by a neck to notch up her first stakes victory. The lightly raced mare now has five wins and two placings from just nine starts for $241,065 in stakes.

It was certainly a good buy for Waterhouse and Julian Blaxland’s Blue Sky Bloodstock who purchased the filly for $50,000 at the 2015 Inglis Australian Easter Yearling Sale.

One of 12 stakes winners for the Group One winning sprinter, Foxwedge, Alassio was bred by Emirates Park from the stakes winning 2YO (and Group Two placed) Red Ransom mare, Cinque.

Trained by Lindsay Park for Peter Devitt and Les Gordon, Cinque clearly knows what the inside of a sale ring looks like: originally purchased as a yearling for $150,000 at the 2005 Gold Coast Magic Millions Yearling Sale, she would later be put through the 2009 Inglis Broodmare Sale and knocked down to Milburn Creek for $220,000. She was then snapped up by Emirates Park for $150,000 at the 2013 Inglis Broodmare Sale – while carrying Alassio – before being sold to Aquis Farm for $10,000 at the 2016 Magic Millions National Broodmare Sale. Lo and behold, she’d be back there a year later where she was picked up by Wayne and Ingrid Slattery’s Briddon Park for a mere $2,000.

“It was pretty good timing,” Wayne Slattery agrees. “She (Cinque) hadn’t been in foal for three years and another foal had died.

“She’d only had the one winner at the time and we thought she was great value considering her sales page. Then, just a few days after we bought her, Alassio won on debut at Kembla. Not surprisingly, we’ve watched her progress pretty closely and winning a Group race is a huge result for us.”

Ingrid also weighed in on the purchase: “Wayne had been instructed not to buy ANY empty mares at that sale. Well, he took a chance on Cinque with the risk of being divorced: I was cranky too until I met the mare and she quickly became one of my favourites. Lucky for Wayne!”

A farrier by trade, Slattery and Ingrid have run Briddon Park for five years, only recently re-locating stock and shingle to a 100 acre property on the Murrumbidgee River in NSW’s Riverina district.

Offering agistment, breaking/pre-training and sales preparation (“we’ve got a few heading up to the Gold Coast in May for the Nationals”), Briddon Park also stands Danehill’s Group Two winning 2YO, Danbird.

“We had originally purchased Cinque with the idea of having her covered by Danbird, but shortly after Alassio’s Kembla win, Ingrid and I decided to send Cinque to Denman,” Slattery reveals. “Despite her breeding problems, she got in foal to Denman and I guess the combination of a terrific vet in Andrew Black and Ingrid’s TLC, she’s produced a cracking filly which we’ll put through a yearling sale in 2020.

“We’re not sure where the mare will go to this spring, but Ingrid’s a real pedigree buff and, I’d imagine after winning a Group race, there will be any number of options!”

The timing of Alassio’s win hasn’t been lost on Woodside Park Stud either which recently secured Foxwedge after the Fastnet Rock stallion had spent his first seven years at stud at Newgate Farm.

Reminiscent of fellow Victorian stud, Blue Gum Farm, which acquired Manhattan Rain shortly before She Will Reign won the Golden Slipper and Whisky Baron a Group One in South Africa, Foxwedge has been represented in recent weeks by Alassio, Kiwi Group Two winner Volpe Veloce (also a Group One winner) and Charleise, who finished third in the Listed VRC Talindert Stakes at Flemington on Saturday.

A delighted Woodside Park General Manager, James Price, points out there has been considerable interest in Foxwedge since the announcement he would be shifting south.

“He’s arrived on farm and really enjoying his new surroundings,” Price enthused. “I’ve been getting a lot of calls from breeders, especially after Saturday with Alassio and Charleise, who I understand is heading toward the (Group Two) Percy Sykes in April.

HOOFNOTE: Robrick Lodge, sponsors of the Triscay Stakes, actually bred and owned the race’s namesake who would win five Group Ones throughout her illustrious career.

Racing in the White family’s famous purple and white silks (just like Triscay’s Golden Slipper winning sire, Marscay), Triscay was the dam of seven winners including Group One winner La Baraka (dam of Group Two winning 2YO, Alizes and granddam of Godolphin’s Group One winning pair Alizee and Astern) and the Group Two winner Tsuimai.