Alexander raises a glass to the in-form progeny of Pierro 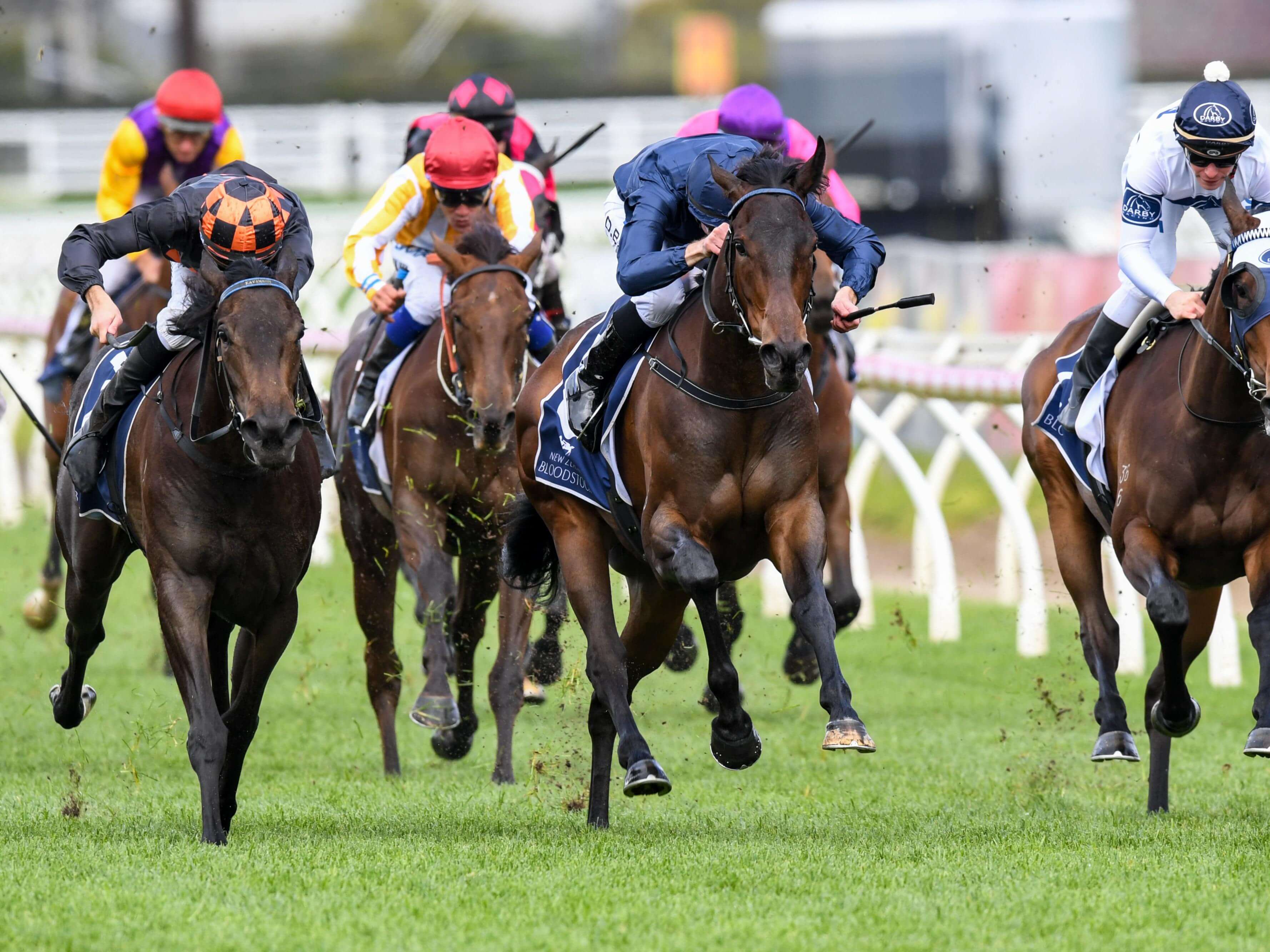 The latest horse to confirm Pierro’s rising star among the Australian siring ranks could just as easily announce the arrival of her trainer on the Group One stage.

Gamay stamped her VRC Oaks bona fides with a stirring Group Three win in the Ethereal Stakes over 2000m at Caulfield.

It vaulted her towards the top of Oaks betting as trainer Archie Alexander strives for his first elite-level win after opening stables at Ballarat five years ago.

“My last two runners in Group Ones have both been seconds and not that I didn’t respect it before but now when you’ve come so close you respect it even more,” Alexander said.

“You just know they are not going to be handed to you.

“And that’s why I am obviously very happy with Gamay, I’m positive.

“I’m not one bit negative but I’m very realistic to know you are going to an Oaks and it’s not going to be easy.”

Alexander is the son of legendary UK pinhooker Hamish Alexander and he always wanted to be a trainer,

That’s why he spent his formative years travelling the globe.

He learned from the best overseas trainers including Coolmore’s Aidan O’Brien before finding his way to Lloyd Williams’s Macedon Lodge to be part of Fawkner’s 2013 Caulfield Cup victory.

“Any involvement at Aidan’s was good. It didn’t matter where you ended up there was always plenty of good horses.

“Even if you were trying to avoid the good ones, you couldn’t.”

Alexander decided to branch out into training in Australia instead of Europe when he was given an assurance from OTI chief Terry Henderson that the prominent syndicator would back him from day one.

“The prizemoney here compared to Europe … you don’t have to really explain that it’s so much better and from that point of view it was good,” he said.

“The moment that probably sealed the deal was when I met Terry Henderson.

“Basically he said he liked my profile and that if I started training he would send me four or five horses to get going.

“At that stage I was thinking about going back to France to start training … I had a lot of people who said they might send me a horse but they we all sitting on the fence.

“I had no-one actually saying ‘I’m physically going to give you five horses to get going right now’.”

In a case of life coming full circle for Alexander, the Coolmore team counts among the ownership group involved in Gamay.

“It’s great for the stable. It’s the first horse we’ve had in the navy blue (colours) and it’s a good one to have,” Alexander said.

Gamay will go into the $1 million Oaks at her sixth start after Alexander opted for a methodical and patient approach to her early workload.

“She was always a horse we liked from a young age. She has always shown she might be smart,” he said.

“She has taken a bit of time. Not in a negative way she’s taken time to come good, she just wasn’t a sharp two-year-old and we just gave her one run to bring her on a little bit.”

Pierro, who stands at Coolmore for $88,000, may well be the conundrum of Australia’s breeding industry as his magnificent start to the season continues.

He retired to stud as a Golden Slipper winner, ensuring he would make a readymade prospect to further satisfy Australian breeders’ appetite for speed and precocity.

It hasn’t exactly turned out that way because it is in the Classics and on the way through that Pierro’s progeny have stood out.

Pierro is also the sire of Victoria Derby favourite Shadow Hero and he already has a VRC Oaks winner in Pinot.

Alexander is hoping a second Oaks triumph for Pierro, is waiting just around the corner.