All In Good Time for Bartley 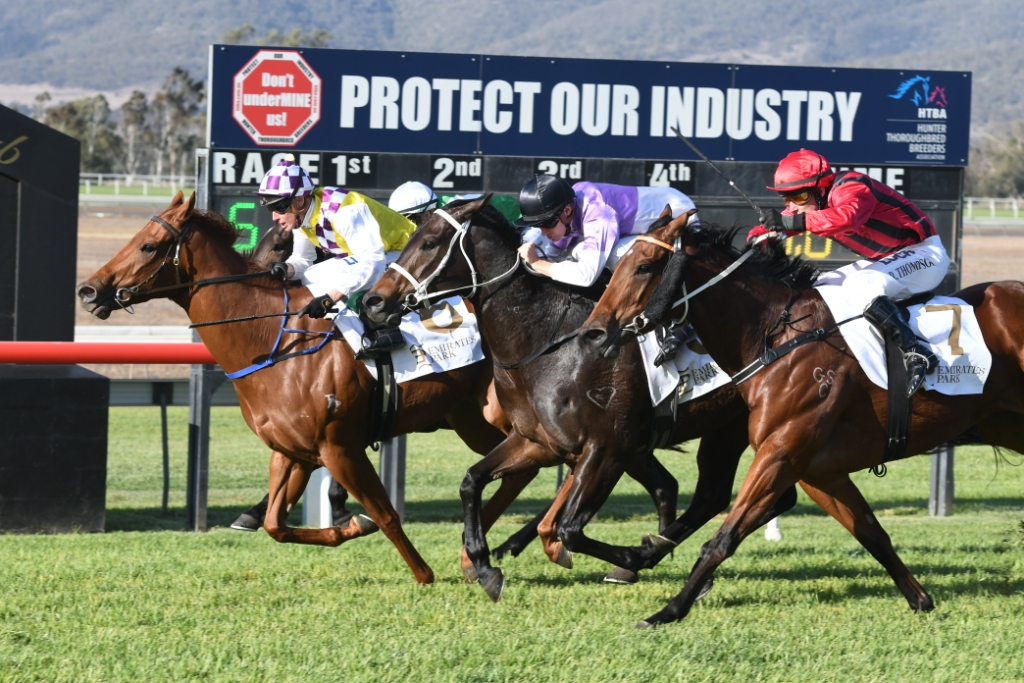 Jockey turned trainer Tracey Bartley has had his fair share of ups and downs.

Indeed, it was a terrible fall in early 2000 that resulted in Bartley hanging up the saddle after 22 years and prompting a decision to have a crack at the training caper.

Then, around six years in, Bartley was diagnosed with stomach and liver cancer and, while the prognosis was bleak, he managed to pull through. Battered and bruised, but still standing.

It was around that time that Bartley got hold of a nifty youngster called Sniper’s Bullet, who would go on to win three Group One races including the much-prized Stradbroke Handicap.

Originally operating from stables at Mudgee in New South Wales, Bartley shifted to Wyong around five years ago and has maintained a steady stream of winners – despite only having 14 in work.

Small team or not, Bartley became the toast of the two-day Scone racing carnival on the weekend with three winners from as many runners.

First cab off the rank was the Bert Vieira bred, Bowness Stud consigned Bare Naked Lady – a $13,000 graduate from the 2017 Scone Yearling Sale – who won the $100,000 Inglis 2YO Challenge on Friday, while the speedy To Excess appears to have a bright future after notching up his initial black type success in the Listed Ortensia Stakes over 1100m to close out the Scone program on Saturday.

Arguably the star of the show, however, was the Bartley trained 3YO filly In Good Time who won her sixth straight in the Listed Emirates Park Denise’s Joy Stakes over 1100m.

After winning on debut over 1000m at Dubbo last November, In Good Time peeled off wins at Wellington, Port Macquarie – twice – and Tamworth before heading to Scone.

The Denise’s Joy Stakes was her first major test though and she came through it with flying colours according to Bartley.

“She really knuckled down over the concluding stages and responded well when challenged,” Bartley enthused.

“In Good Time will now head to the paddock, but she looks as if she’ll be up to some of those major mares races in the spring.”

In Good Time is the fifth stakes winner for former Darley stallion Time Thief who stood five seasons in Australia before being exported to South Africa in 2015. Time Thief’s best is the Group One Galaxy winner In Her Time who finished ninth in Saturday’s Doomben 10,000.

“Probably the best thing about In Good Time’s win though was the thrill it gave all the owners,” Bartley adds.

“Gerard Maher bought her privately from breeder Bernie Howlett, but they’re all first-time owners in the horse. There’s one young bloke and a few middle-aged guys in the group and they’re having the time of their lives.”

In Good Time is out of the winning Strategic mare Turbo Rose, whose Fast n’ Famous yearling colt was knocked down to – you guessed it – Tracey Bartley for $40,000 from the Fernrigg Farm draft at Sunday’s Inglis Scone Yearling Sale.

Turbo Miss is now owned by Gerard Maher, who recently purchased the mare in foal to Two Hills Stud’s Odyssey Moon, while Howlett will retain a weanling filly by Vinery Stud sire Outreach from the mare.

“I’ve scaled right back and only have around four mares now,” Howlett reveals.

“I’m turning 80 this year, but I’ve still got a 200-acre farm (Berant Park on the outskirts of Canberra) and a few young ones too. That’s why I sell a few because it doesn’t take long before it all builds up again.”

Involved in racing since the early 1950s, Howlett has the rare distinction of riding, training and breeding Group One winners.

As a jockey, Howlett won the Sydney Cup with On Line in 1959 and backed up two years later with Sharply (beating home Tulloch) and then, after switching to training in the 60s, captured the Doomben 10,000 with Suntain in 1996.

Retiring from training about three years ago, Howlett has remained in the mix though as the breeder of lightning-fast Brazen Beau who now stands at Darley Stud for a fee of $38,500.

Hailing from the first crop of boom sire I Am Invincible, Brazen Beau won the Newmarket and Coolmore Stud Stakes as a 3YO and also travelled to Royal Ascot where he finished second in the Group One Diamond Jubilee Stakes.

Brazen Beau is out of the Snaadee mare Sansadee, who was Group placed at two in Canberra’s Black Opal for Howlett, and was sold to Grant Morgan’s Ontrack Thoroughbreds for $70,000 at the 2013 Inglis Sydney Classic Yearling Sale.

Not surprisingly, Morgan had to up the ante – ever so slightly – to secure the full-sister at last year’s Gold Coast Magic Millions Yearling Sale, paying $360,000 for the privilege.

And while Howlett is likely to race Sansadee’s Hallowed Crown yearling, the full-brother to Brazen Beau will be offered at a yearling sale in 2019.