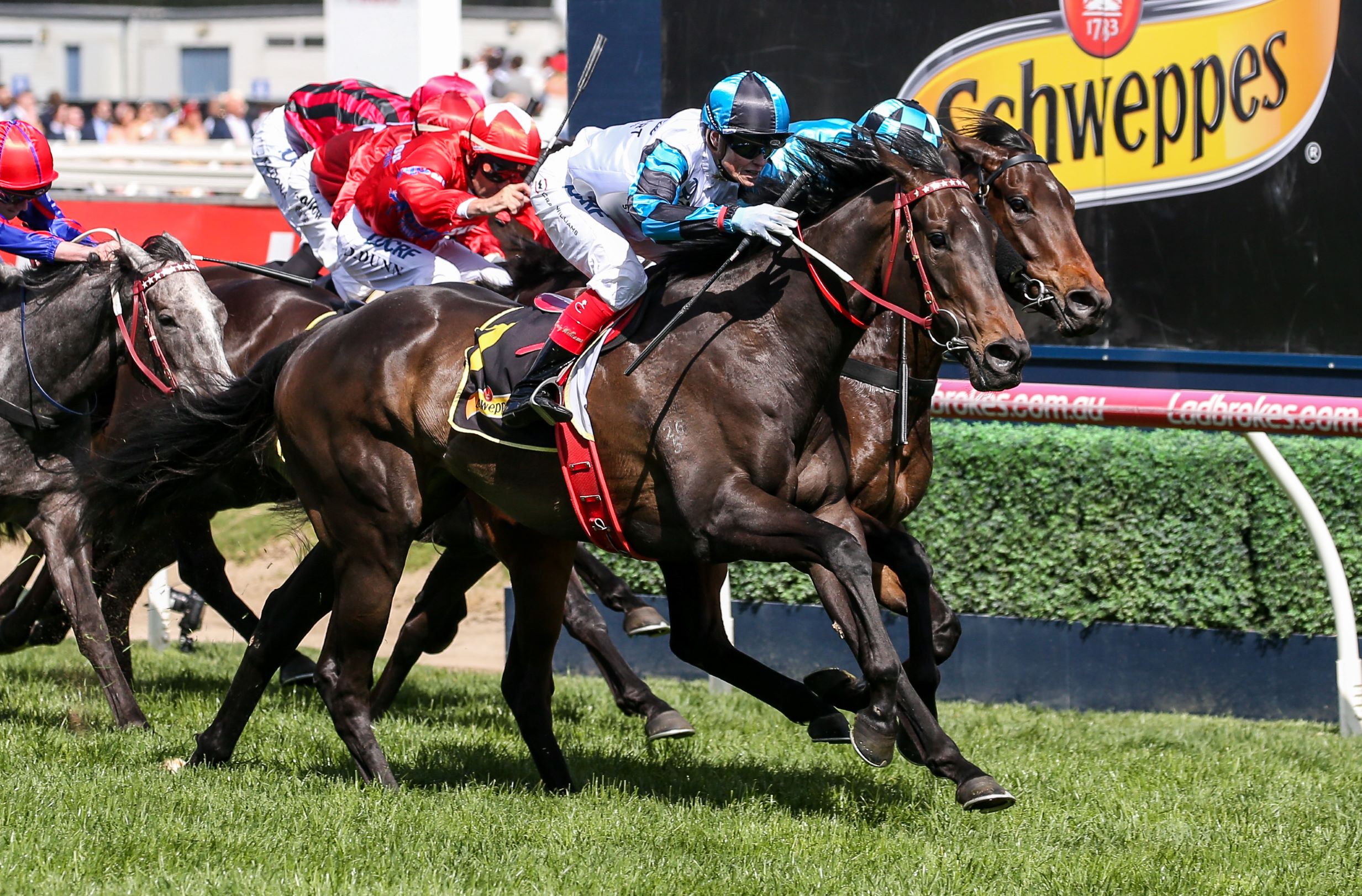 There’s something fitting about Amphitrite racing in the colours of Flying Start Syndications.

After all, Saturday’s Group One Schweppes Thousand Guineas winner appears to have taken the ownership literally and her rapid rise has caught everyone by surprise: trainer Darren Weir, owners, the punting public.

Weir has clearly been caught off guard by the rise and rise of Amphitrite, while typically ebullient jockey, Craig Williams, said the filly only has 24 to go before she catches Winx. As for Amphitrite’s shareholders? Well, they proved to be a class of their own when it comes to cheering.

It’s certainly been a flying start for Cameron Bennett who started Queensland-based, Flying Start, just on three years ago and has syndicated around 40 to 50 horses in that period.

“I’ve been involved in the industry most of my life, working as a bloodstock agent and jockey’s manager before getting into syndications,” Bennett explains. “I started off buying around four or five every year at yearling sales and it’s up to around 10 now and we currently have about 30 syndicates going.

“There are horses with Rob Heathcote and Nat McCall in Queensland, Kim Waugh and Bjorn Baker in Sydney, David Jolly in Adelaide and Lindsay Park, Ciaron Maher and, of course, Darren Weir in Melbourne.

“We’ve had a bit of success along the way and there’s quite a lot of repeat business, but the Amphitrite syndicate are all newcomers to Flying Start … indeed, quite a few of them are first time owners.

“There’s about 40 in the syndicate, but it sounded like there were a whole lot more than 40 at Caulfield!”

The fifth Group One winner for Widden Stud’s Sebring, Amphitrite is out of the multiple winning Redoute’s Choice mare, Ocean Dream, a half sister to 1998 Toorak Handicap winner, Marble Halls and to the dam of Group One Blue Diamond winner Sleek Chassis.

“I had marked down 11 yearlings at the sale but a lot of them were going for too much money and I managed to secure Amphitrite for $50,000,” Bennett reveals. “I like the Sebrings, I like the family and although she was a bit leggy – she still is – I was happy to pick her up for that money.

“I sent her off to the breaker and he called me to say it was the best horse he’s ever broken in. I thought to myself ‘I’ve heard that one before’ but he suggested I keep some of the filly for myself because ‘you’ll have a lot of fun’.

“She had three runs at two without winning but in her last start as a juvenile she ran a close second to Fundamentalist, who won a stakes race at her next outing and finished third behind The Autumn Sun in the Group One JJ Atkins in Brisbane (Fundamentalist would run second to Amphitrite in the Thousand Guineas).

“The thing about Amphitrite is that she’s had to keep stepping up every time at three to improve her ratings and get to where she was on Saturday and just keeps proving to be up to the task. So, we’ll press on now to the (Group Two) Wakeful Stakes at Flemington (3 November) and possibly a tilt at the (Group One) VRC Oaks.”

Brisbane electrician and shareholder, Peter Frame, was also on hand at Caulfield to cheer home Amphitrite and was a tad hoarse on Sunday despite trying to combat a sore throat with plenty of fluids on Saturday night.

“It was a terrific win. I’ve probably had shares in 20 horses over the years, including Voltaire Lumiere who won seven races, but Amphitrite was my first city winner and an Edward Manifold winner at that,” Frame enthused. “I’ve been around horse stables since I was a kid and was originally from Grafton where I did a bit of work for John Shelton who trained Belflyer to win the Kosciuszko on Saturday. We spoke to each other through the week and wished one another luck. Turns out we were both winners.

“I’ve spent a bit of time helping out at Rob Heathcote’s too and saw the Flying Start advertisement for Amphitrite at the stable: I was a big fan of Marble Halls and Sleek Chassis and you certainly can’t lose on the Darren Weir factor, so I decided to take a share. There’s another guy I work with in Brisbane, along with his dad, that are also in the horse, but I hadn’t met anyone else in the syndicate until the Edward Manifold.

“We all know each a lot better now!”

HOOFNOTE: Amphitrite is named after a figure from Greek mythology, the wife of Poseidon and queen of the sea: paying obvious homage to Amphitrite’s dam, Ocean Dream.

“We get each of the shareholders to submit a name and then they get to vote on the one they prefer,” Bennett adds. “Good name … good racehorse!”