And The Prize Goes To…? 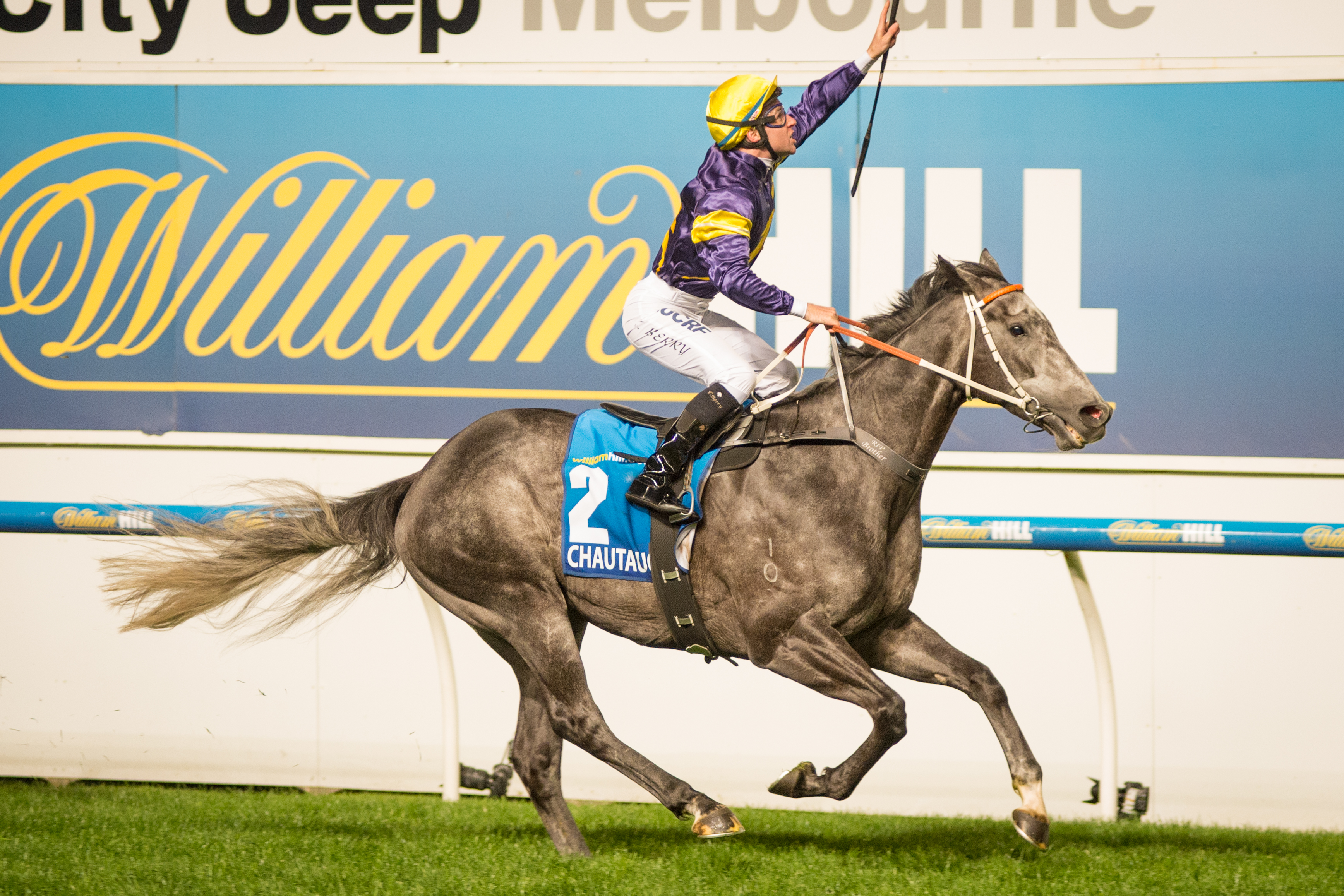 Next Sunday’s Group One Chairman’s Sprint Prize in Hong Kong is shaping as one of the great showdowns of 2016.

As the 4th leg of the Global Sprint Challenge, the Chairman’s Sprint not only captures the attention of racing fans in Hong Kong, but this year will also have the added dimension of a much mooted duel between the Australian-bred pair of Chautauqua and Buffering.

Both are coming into the race at the top of their game: Buffering is hot off his Al Quoz Sprint victory in Dubai on the World Cup program, while Chautauqua will be very hard to toss if he replicates his TJ Smith blinder of 2 April.

Both camps are confident, with trainer Robert Heathcote declaring that Buffering would have a final gallop tomorrow (Tuesday) and that “he’s a fit and happy horse – just a matter of keeping him happy until Sunday”.

Team Hawkes was equally succinct about Chautauqua, with Michael Hawkes simply reporting that “he’s lovely and relaxed and at this stage it’s a case of no news is good news”.

There will be plenty of good news if either lifts the trophy on Sunday, but it’s worth pointing out that Buffering and Chautauqua are not the only Australian-bred runners likely to line up in the 1200m contest.

In fact, as many as seven of our home-bred sprinters could take their place in the Chairman’s with Melbourne stakes winner, Not Listenin’tome, Lucky Bubbles, Thewizardofoz, Strathmore and Divine Boy all chasing their day in the sun.

However, whereas Buffering and Chautauqua are ‘new arrivals’, the other five are now based in Hong Kong with Not Listenin’tome a winner at his last start in Hong Kong; Lucky Bubbles winning his last two, including the Group Two Sprint Cup at the most recent outing; Thewizardofoz a winner of the Chinese New Year Cup in February; the outstandingly bred Strathmore (Fastnet Rock x Our Egyptian Raine) was third to Lucky Bubbles at his last start and; Divine Boy fourth behind Lucky Bubbles in the Group Two.

And although Northern Hemisphere bred runners have emerged victorious in recent years, with last year’s winner Gold-Fun due to the take his place again on Sunday, Australia has been the dominant force in the Chairman’s Sprint with 9 winners in 10 years between 2001 and 2010.

Mr Vitality won it twice, as did Fairy King Prawn, Silent Witness and Sacred Kingdom. Indeed, when Silent Witness won in 2005 it was his (at the time) world-record equalling 16th straight career victory.

Question is, who will we Witness winning on Sunday? Put it this way, if Buffering and Chautauqua are fighting it out on the line, the Hong Kong crowd and most of Australia will be anything but Silent!

Australian bred runners also have a proud record in Singapore’s prestigious Group One Lion City Cup with 12 victories since 2000, including four straight from superstar Rocket Man (2009-12).

On Sunday night it was Zac Spirit’s turn again with the Cliff Brown trained 6YO following up on his 2014 victory by leading home other Australian-breds in Emperor Max and Super Winner.

A son of Flying Spur from the Quest For Fame mare, Kidman, Zac Spirit was bred by Newhaven Park and sold to Cliff Brown Racing for $140,000 at the 2011 Inglis Australian Easter Yearling Sale.