Oaks Ahead As Aristia Sees The Light 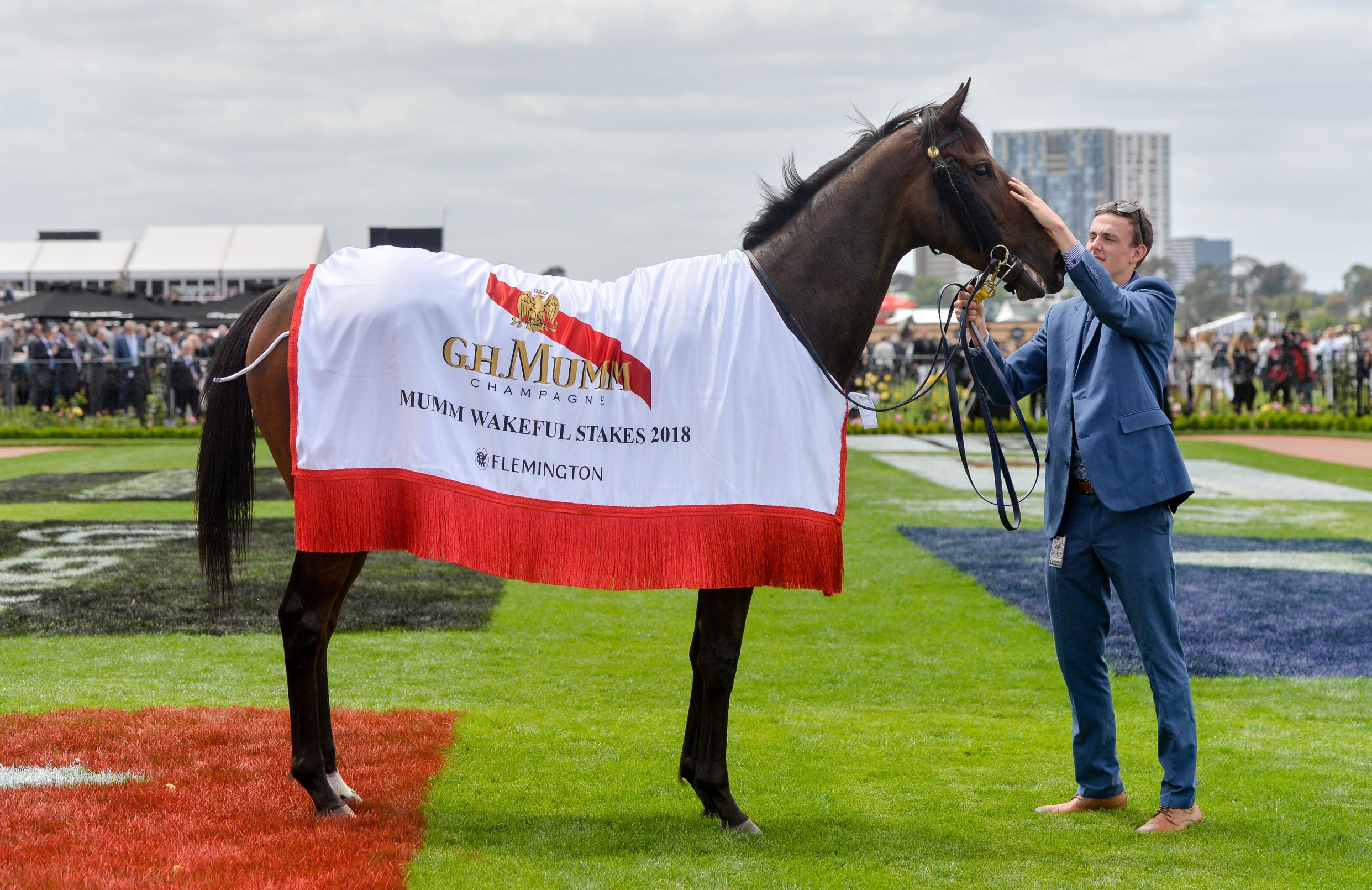 Some things are just worth waiting for. Heading into Saturday’s Group Two Mumm Wakeful Stakes over 2000m at Flemington, the Matthew Ellerton/Simon Zahra trained, Aristia had started nine times for zero wins.

Sure, she’d come pretty close on several occasions: placed on debut at Moonee Valley, second in the Group Three National Stakes at Morphettville in May and, heading into the Wakeful, a half length second behind Verry Elleegant in the Group Three Ethereal.

However, the misses – near or far – were forgotten at Flemington on Saturday as Aristia charged to the lead over the final stages of the Wakeful to score convincingly and establish her bona fides for Thursday’s $1 million Group One Kennedy Oaks.

The victory also marks a major milestone for syndicators, First Light Racing, who purchased the Lonhro filly – along with Ellerton/Zahra and leading bloodstock agent, Paul Willetts – for $80,000 at the 2017 Inglis Australian Easter Yearling Sale.

Since hanging out its shingle in 2010, First Light Racing has enjoyed a steady stream of winners in recent seasons – 38 of them in 2017/18 – but this is the first Group Two winner for the Melbourne based operation.

“We (First Light Racing) purchase and syndicate between 25 to 30 every year, with half a dozen or so trained in Queensland while the remainder are trained in Victoria,” First Light Racing’s co-founder, Tim Wilson, explains. “Paul (Willetts), Mathew (Ellerton) and First Light looked over every yearling at the 2017 Easter sale, but full marks to Mathew because he was the one really keen to buy her.

“To me she was a bit out of shape, significantly up behind and had a lot of growing to do, but Mathew has a real affinity with the Lonhros – especially with mares like (Group Two winner) Heatherly – so he convinced us to buy the filly and we’re all very glad he did!

“Mathew and Simon are pretty much our ‘foundation’ trainers and what makes the Wakeful win even more special is that Aristia was ridden by Damian Lane, who was on board our first winner at Flemington back when he was an apprentice.”

According to Wilson, there are 36 in the ownership of Aristia with a fair mix of existing and new clients.

“I reckon all 36 of them were in the mounting yard on Saturday,” Wilson says with a laugh. “All of the owners get on like a house on fire and come Sunday morning, everybody had watched the race replay a 100 times … at least. Greg Perry, who bred the filly, kept a leg but the others are made up of 5% and 10% shares.

“A 5% share cost around $5,000 and you can safely assume, after Saturday, she’s now a seven figure filly … and obviously worth a whole lot more if she wins the Oaks.

“However, for the owners it’s all about having fun. The filly was pretty unlucky early on and could have won at each of her first four runs, but the owners never lost faith and it all paid off on Saturday.”

One of those owners – five percenter Linda Cartwright – was front and centre in the mounting yard and, along with her daughter and a couple of mates, was attending Flemington for the first time: cheering on her first ever racehorse.

“I’ve always been around horses, doing gymkhanas and pony club as a kid,” Cartwright explains. “I’ve also followed the careers of the great horses along the way and now that the kids have grown up, I thought I’d have a look at getting involved in ownership.

“Just by chance I saw the filly advertised on First Light and gave them a call to find out some more information … costs etcetera. I’m a big fan of Lonhro too so that was a deciding factor.

“It’s just been an amazing experience. I got to Flemington on Saturday morning and didn’t even know which gate to go in, but people were very helpful and didn’t mind me asking a lot of questions.

“I can’t even describe the feeling after she won though. One of the best experiences of my life. I was ecstatic!”

With the Wakeful victory, Aristia has become the 78th individual stakes winner for her sire, Lonhro, who stands at Darley’s Kelvinside property in NSW’s Hunter Valley at a fee of $66,000.

Indeed, Lonhro has gotten off to a flyer at the 2018 Melbourne Cup carnival, siring the first two Group winners on Derby Day (also the Group Three The Carbine Club Stakes with Ranier) and is the broodmare sire of Group Two The TAB Stakes winner Osborne Bulls who won the third on the program.

A half sister to two winners, Aristia is out of the Group Two winning Tiger Hill mare, Nakaaya, who also has an I Am Invincible 2YO filly and Written Tycoon yearling colt, while – in September – she produced a filly by Flying Artie.

Artistia’s fellow owners will be hoping that Greg Perry – who also bred 4-time Group One winner Atlantic Jewel and sold an I Am Invincible colt for $1.45 million at the Gold Coast Magic Millions Yearling Sale in January – can continue his golden run on Thursday.

HOOFNOTE: While Lonhro stole the show in the first third of the Derby Day program, he had to share the spotlight with Widden Stud’s Zoustar who sired the first three placegetters in the Group One Coolmore Stud Stakes with Sunlight holding sway over the colts Zousain and Lean Mean Machine.

Sunlight is one of four stakes winners (and first Group One winner) for Zoustar whose oldest progeny are 3YOs and stands at a fee of $60,500.