Aushorse Racing Connections Masterclass … You Too Can Reign 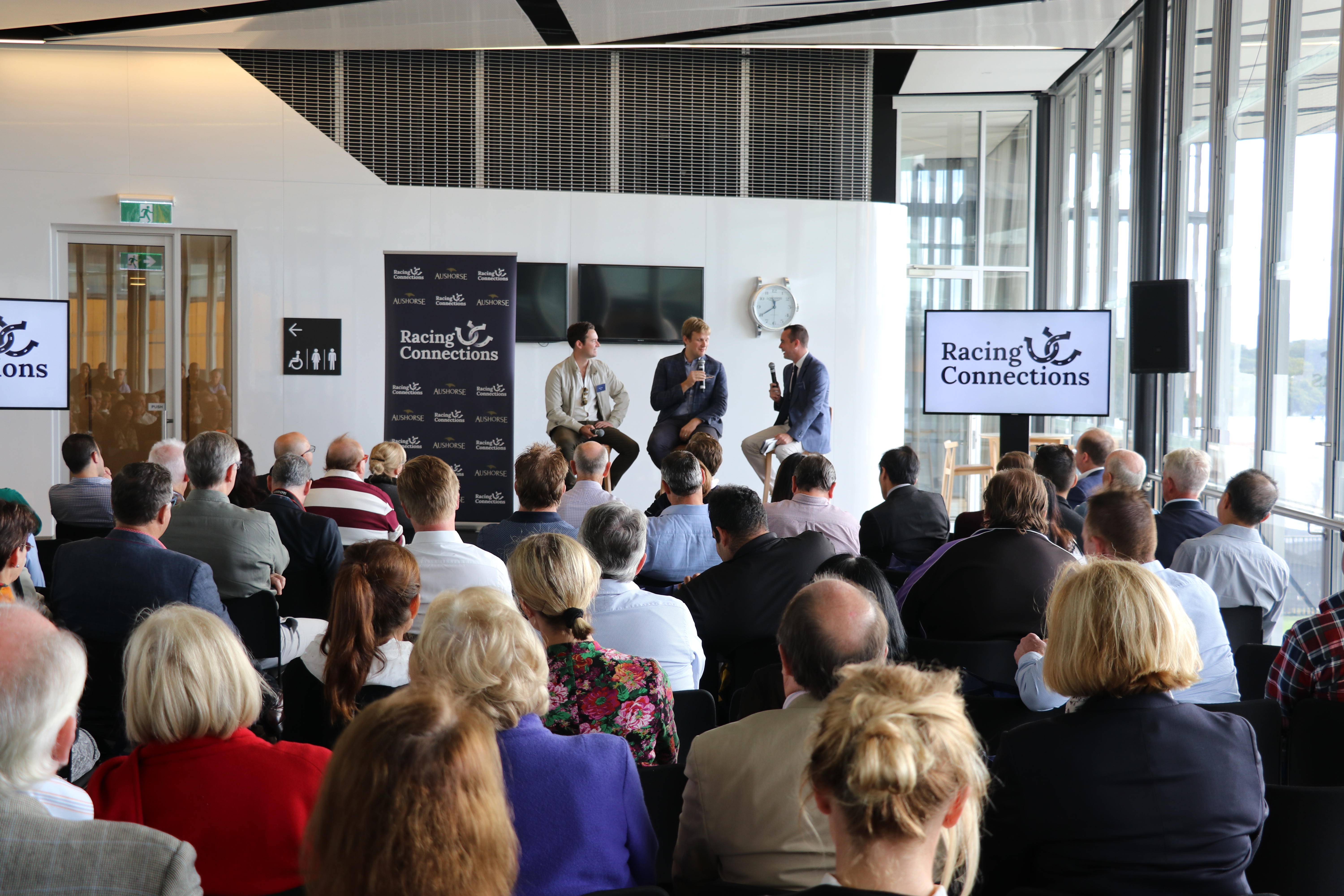 It’s been another bumper year for the Australian thoroughbred: the Winxs, the Chautauquas, the Jamekas.

But it’s also been a memorable 12 months for racehorse owners … and not just your rusted-on crowd either.

Take Global Glamour for instance … a dual Group One winner owned by 40 women from seven different countries. Quite a number of them new to ownership.

She was purchased for just $65,000 as a yearling at the Gold Coast Magic Millions.

Then you have She Will Reign, originally a $20,000 buy at the Inglis Sydney Classic and, just over a year on, the filly has won a Golden Slipper and over $2.5 million in prizemoney.

She Will Reign’s trainer, Gary Portelli, and part-owner, Jason Cameron, were just two of the speakers in a star studded lineup for the Aushorse Racing Connections Masterclass at Royal Randwick on Sunday morning, both talking up the advantages AND accessibility of ownership.

Emceed by Mitch Manners, Portelli said the Masterclass was a great initiative and indicative of the enthusiasm for racing a horse.

“It was terrfic … very well run,” Portelli enthused. “People asked some really interesting questions and it was quite informative overall. It provided Jason and I with the opportunity to discuss how easy it is to actually get involved and the potential benefits.

“Having a couple of horses there as well is great for newcomers to the industry and allows you to point out, in real time, the differences between a sprinter and a stayer and what we actually look for when we go out to buy one.

“Newgate Farm’s Henry Field explained what it was like to run a major stud farm and what’s involved in getting young horses to the sale and Julian Blaxland was both revealing and quite funny when explaining about what a bloodstock agent does.

“It was a beautiful morning out there at Randwick and I reckon a lot of people took something away from the discussions.”

With over 150 people crowding into the Owners’ Pavilion, they also listened to talks from Bjorn Baker and Gai Waterhouse’s fellow trainer Adrian Bott, whose stable provided Fabrizio (winner of the Hawkesbury Gold Cup only the day prior) and speedy stakes winning filly, Prompt Response, for the assemblage’s ‘up close and personal’ pleasure.

“Having the two horses there and providing the attendees with the opportunity to discern physical differences between sprinters and stayers was a terrific idea,” Australian Turf Club Vice Chair, Trish Egan, points out. “I thought it (the Masterclass) was a great turnout and had a good mix of people.

“Probably the most important thing though was that it dispelled a lot of myths about the difficulty of owning a racehorse. It’s not as daunting as it appears. Yes, you can pay $1 million for yearlings but, as in the case with the owners of She Will Reign, she only cost $20,000 and look at what a marvellous ride they have had.”

Also mixing with the attendees was former NSW Premier and now Racing Australia CEO, Barry O’Farrell, who mused: “they’ve got to be keen (to become owners) if they drag themselves out to a function on a Sunday morning”.

“What a great idea … the Masterclass was informative, accessible … tremendous format. The industry players spoke enthusiastically and, most importantly, were open and direct with their answers.

“I looked around at one stage and it was standing room only. Clearly there are a lot of people who want to get into ownership and I hope there are quite a few more Masterclasses to come.”

Aushorse CEO, Tom Reilly adds that the biggest take away from the Masterclass was the number of participants who have never been involved before.

“Aushorse’s Racing Connections and it’s informative website (racingconnections.com.au) is a relatively new brand and has arisen from the most extensive research ever conducted into racehorse ownership,” Reilly reveals.

“It’s designed to break down any barriers to industry investment from all and any walk of life and to ensure that people are fully equipped – information wise – to make their decisions. It’s a given that those who have forged relationships with people already in the industry are much more comfortable and we encouraged attendees to go up to talk to the trainers, the bloodstock agents, the stud owners and existing racehorse owners after the talks.

“The great thing about the thoroughbred industry is that it does cater to all people, all professions and the Masterclass is designed to prove just that.”