The Mitigator’s Kiwi Group Win Was By Design 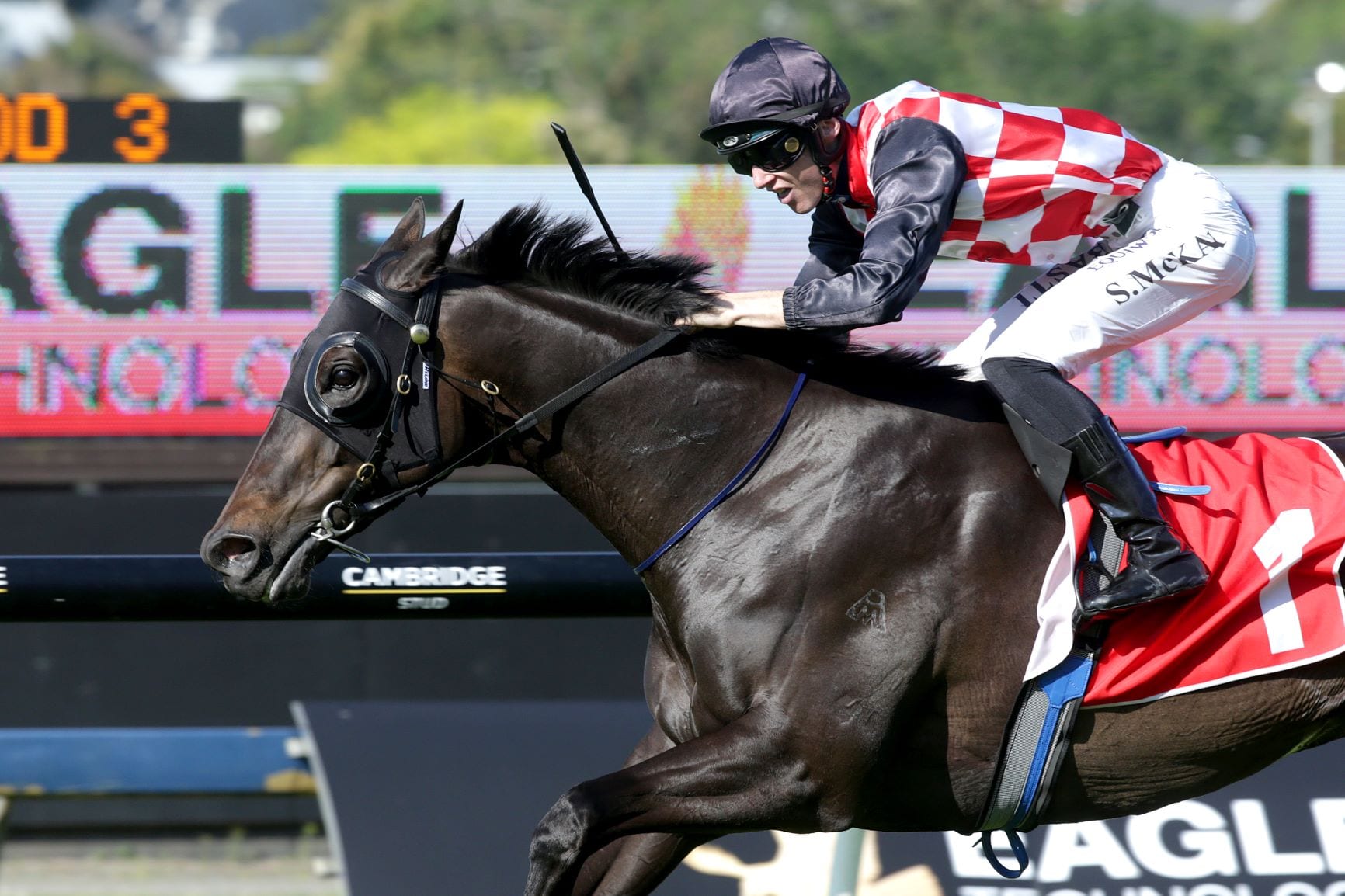 The success of Australian-breds in New Zealand was again underscored with a ‘weekend’ stakes double courtesy of I Am Invincible mare, Evalina, capturing the Group Three Levin Stakes at Otaki on Friday, while The Mitigator unleashed another bold front-running display to win the main feature – the Group Three Eagle Technology Stakes – at Ellerslie on Saturday.

It was a deserved black type breakthrough for The Mitigator who had previously won five and, most notably, placed on 12 occasions.

Since resuming in September with a close up third, followed by a Group Three second, The Mitigator came into the Eagle Technology on the back of a strong second in the Group Two Tauranga Stakes in mid November.

There was to be no denying the 5YO on Saturday though, much to the delight of trainer, Peter McKay: “He (The Mitigator) is very honest … sometimes they take him on in front and often they end up running back last while he fights on.

“I’m thinking about trying to stretch him out to 2000m for the Group One (Zabeel Classic) at Ellerslie on Boxing Day.”

Importantly, The Mitigator becomes the first stakes winner for Group One winning Redoute’s Choice stallion, Master of Design, who stands alongside King of Prussia at Greta West Stud in Victoria.

“This was Master of Design’s third year at Greta West and, while he has lost much of his appeal in the sale ring, he’s really the ideal breed-to-race stallion,” Greta West’s Laurie McCarthy points out. “His winners to runners strike rate is approaching 60% and although The Mitigator is his first stakes winner, his stakes placed runners include Miss Wahoo, Creative Genius, Creativity, Unshadowed General and Kinetic Display.

“Probably his best horse though is Greyworm who is trained in Sydney by Team Hawkes. He’s won three of his last four in town and over $350,000, including a win at Randwick at the end of October where he beat (3-time Group winner) Luvaluva.”

The Mitigator’s success also brings back fond memories of ‘family member’ Fields of Omagh, one of Australia’s most popular horses from the last decade.

Ultimately inspiring a book celebrating his many deeds, Fields of Omagh would win the 2003 Cox Plate, only to back up three years later and repeat the dose. ‘FOO’ would also win the Group One Futurity in track record time and place in no less than eight Group Ones (including two Cox Plates).

The Mitigator is out of a three quarter sister to Fields of Omagh in Charming Ruby, who has produced five winners: among them the 3-time Melbourne stakes winner, Fontein Ruby.

Both Fields of Omagh and Charming Ruby were bred by long-time industry financial advisor, Martin O’Connor.

The founder of Martin O’Connor & Partners (which would later evolve into Adam Tims’s Stable Financial), O’Connor is a former chairman of the Australian Horse Industry Council, Thoroughbred Racehorse Owners’ Association and, until recently, had chaired ‘Living Legends’ for 14 years.

(Home to many retired greats such as Apache Cat, Might And Power, Silent Witness AND Fields of Omagh, Living Legends last week won the 2019 RACV People’s Choice Award for the Best Tourism Experience).

A retired great himself, O’Connor is no longer racing or breeding, but marvels at the continued success of the family he first became involved with nearly 40 years ago.

“Finneto produced 11 winners for me from 12 to race including Fields of Omagh, plus stakes winners Malcolm, King Brian and Timeless Grace,” O’Connor recalls. “Finneto’s stakes placed daughter, Infinite Charm, had seven go to the races and all of them won, among them the multiple Group winner, Infinite Grace, and Endless Charm, the granddam of this year’s Group Two Moreton Cup winner, Pretty In Pink.

“And now Charming Ruby is going on with the job. Wonderful pedigree … wonderful times.”