Aussies Do (Shad)Well On International Stage 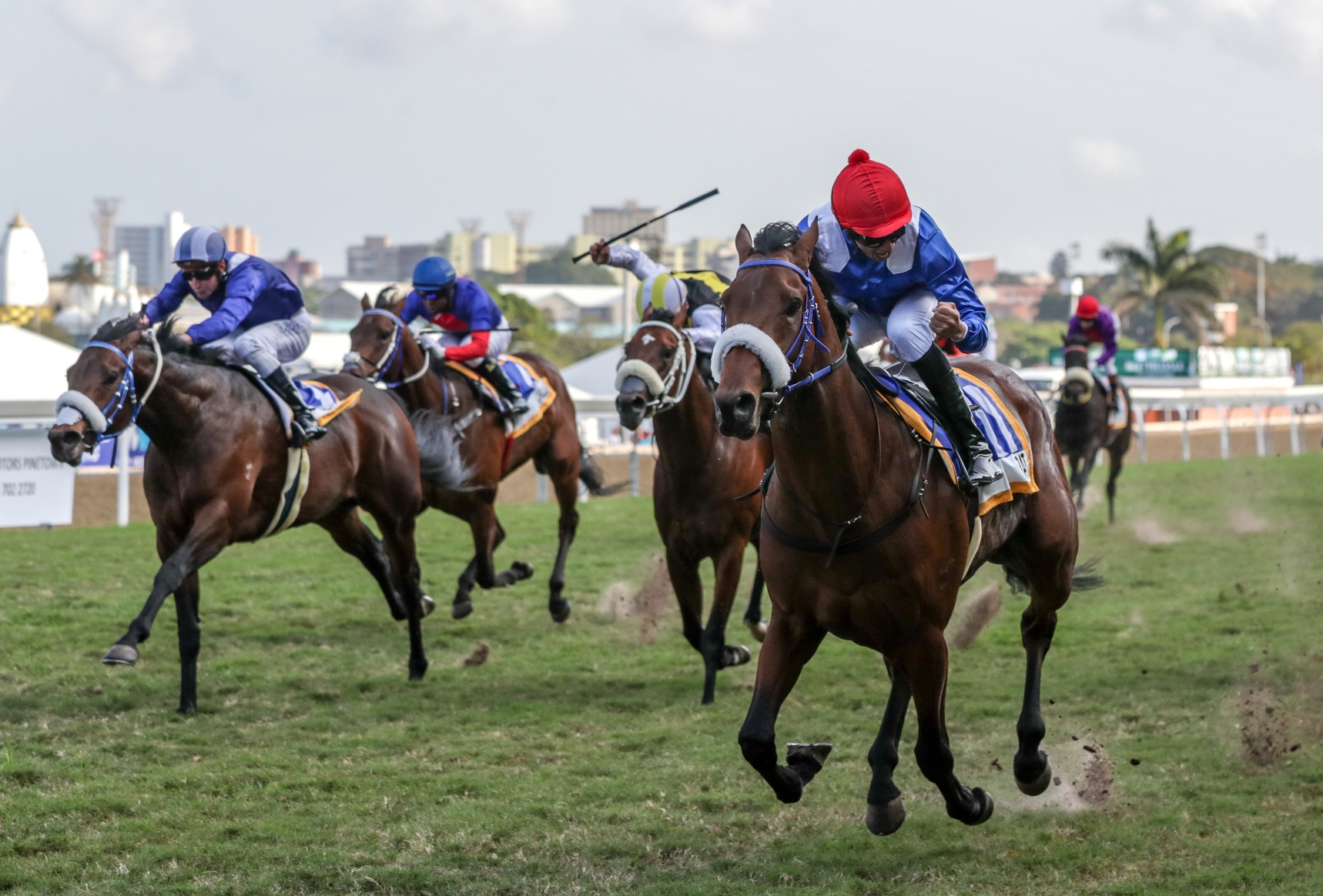 It has been another truly remarkable weekend for Australian-breds with Group One success in both South Africa and Macau.

In the star studded program at South Africa’s Greyville racecourse, the Shadwell Stud Australasia bred and owned pair of Soqrat and Alyaasaat fought out the finish of the Group One Premiers Champion Stakes over 1600m.

A 2YO colt by Darley’s dual Group One winning first season sire, Epaulette, Soqrat was sent around a raging hot favourite following his two initial successes and a second – most recently – in the Group Two Golden Horseshoe in early July. Off to an absolute flyer in both Australia and Europe (where his oldest progeny are 3YOs), Epaulette has already produced three stakes winners – including Meryl (Group Three BJ McLachlan Stakes) and Khulaasa (Group Three VRC Thoroughbred Breeders’ Stakes) – and six other black type horses in Australia, England, Ireland, France and Italy.

Alyaasaat, on the other hand, was fresh from his first win (at only his second start) when scoring over 1400m at Turffontein a fortnight earlier. He too is by a Darley up and comer, Dawn Approach, whose four stakes winners thus far have been in Europe, but can also count Gongs – third to Sunlight in the Group Two Silver Slipper Stakes – among his Australian first croppers.

Despite the expectations of punters, Soqrat had to contend with a wall of horses heading into the straight in the Premiers Champion, but veered widest of the pack in the run home to come up trumps, two lengths clear of Alyaasaat.

The victory proved to be a milestone for Shadwell trainer, Mike de Kock who has notched up 117 Group One victories, equalling that of legendary South African trainer, Terrance Millard.

“Training for Sheikh Hamdan (Shadwell’s owner) has been a real turning point in my career,” de Kock points out. “A real honour.

“As for Soqrat, it was only greenness that beat him at his last start, but he’s a proper horse. I believe he’s shaping to be a horse that will be able to win anywhere in the world … he’s tough and is definitely going places.”

Soqrat is out of the multiple winning Hussonet mare, Elzeeza, and closely related to Group Two winners Colorado Claire, Gunnison and Moonovermanhattan, along with Group One winning Hong Kong sprinter, Lucky Bubbles. Soqrat’s half sister, Hafaawa, is a rising 2YO to be trained by Lindsay Park Racing.

Alyaasaat is one of six winners for the Distant View mare, Yaasah, a close relation to Champion US 3YO Filly, Questing.

“We couldn’t be happier with the way Epaulette is going,” Darley Australia’s managing director, Vin Cox, enthused. “Apart from what he’s doing overseas, domestically he’s getting plenty of good winners and his yearlings have sold exceptionally well. He was the first stallion this season to be fully booked, while we’ve similarly got a lot of confidence in Dawn Approach … there’s a few at home here that appear to be very good.”

Born a fortnight apart, both Soqrat and Alyaasaat were foaled and raised at Yarraman Park Stud in the Hunter Valley and were shipped on the same flight to South Africa at the end of July last year.

“We look after about 40 mares for Shadwell and I remember both Soqrat and Alyaasaat were lovely types,” Yarraman Park’s Harry Mitchell recalls. “(Shadwell’s) Angus Gold usually selects around six to eight of the foals to go across to South Africa each year. Mike De Kock has done very well for Sheikh Hamdan and South Africa is a bit of a springboard for those good enough to go on to race in Dubai and Europe.”

Meanwhile, Group One success clearly wasn’t enough at Greyville and another Australian-bred in Roy Had Enough captured his second career black type victory the Listed Avontuur The Darley Arabian over 1600m.

Previously winning the Listed Christmas Handicap over the same trip last December, Roy Had Enough is one of nine stakes winners for Coolmore Australia’s Pierro and is from a daughter of Champion Filly, Danendri, in turn the dam of stakeswinners Zingam and Banc de Fortune and granddam of Champion 3YO Filly, Faint Perfume.

Bred by Queensland’s Hutchins Thoroughbreds, Roy Had Enough was sold by Element Hill at the 2016 Gold Coast Magic Millions Yearling Sale for $95,000 to World Wide Bloodstock.

And Coolmore played a hand too in the success of Pearl Green, winner of the Macau Group One Derby over 1800m at Taipa earlier on Saturday.

Bred by Baramul Stud and sold for $460,000 at the 2015 Gold Coast Magic Millions Yearling Sale, Pearl Green is by Champion Sire, Fastnet Rock, and out of a half sister to Group One Oakleigh Plate winner, Mrs Onassis.

Australian-breds have now won six of the last seven Macau Derbies, while Pearl Green takes his career tally to eight wins – three at stakes level – and four placings from 13 starts.