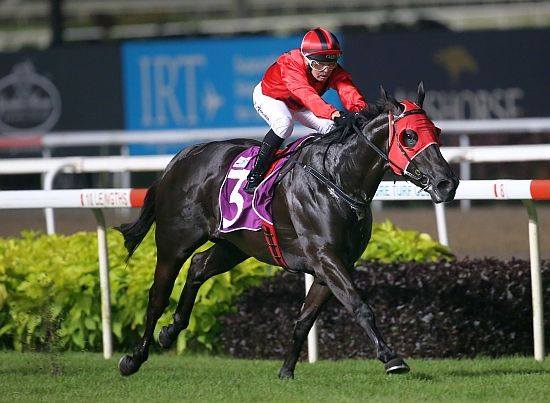 It could well have been Australia Day in Singapore last Friday with Australian-breds dominating both feature races on the Kranji program.

In the EW Barker, Mister Yeoh edged out Zac Kasa in a thriller – providing expat trainer, Cliff Brown, with a quinella – while Clarton Super, winner of last year’s race, grabbed third. Indeed, seven of the last nine EW Barkers have been won by Australian-breds.

A son of the Clear Mountain Fairview Stud based Wanted, Mister Yeoh had earlier won three from nine including the Group Two Singapore 3YO Classic, and is out of the Scenic mare Wai Lin.

A winner at Moonee Valley, Wai Lin is a daughter of the dual Group One winning Miss Pennymoney, a half sister to Golden Slipper winner Merlene (in turn the granddam of Group One VRC Oaks winner Dear Demi).

Raced by Melbourne businessman, Nick Turnbull – breeder and owner of Mister Yeoh – Miss Pennymoney is also closely related to another Golden Slipper winner in Captalist and is out of Champion 2YO Filly, Bold Promise.

For Brown, who shifted to Singapore in 2008, the EW Barker Trophy is his 24th ‘major’ in Singapore.

“The prizemoney is fantastic and it’s a real privilege to be racing horses here in Singapore,” Brown enthused. “Mister Yeoh belongs to a couple of great mates including Nick (Turnbull) who has raced quite a few good horses with me.”

Bred by Patrick Payne and sold by Bucklee Farm for $82,000 at the 2017 Inglis Melbourne Premier Yearling Sale, Bold Thruster has won four of his six starts and is clearly a leading contender for Singapore’s major 3YO races in 2019.

“Bold Thruster had a touch of colic on Thursday afternoon so we’re both pleased and relieved with that win,” Baertschiger reveals. “He’s off to the spelling paddock now and he’ll be back for the first leg of the Singapore 3YO Challenge.”