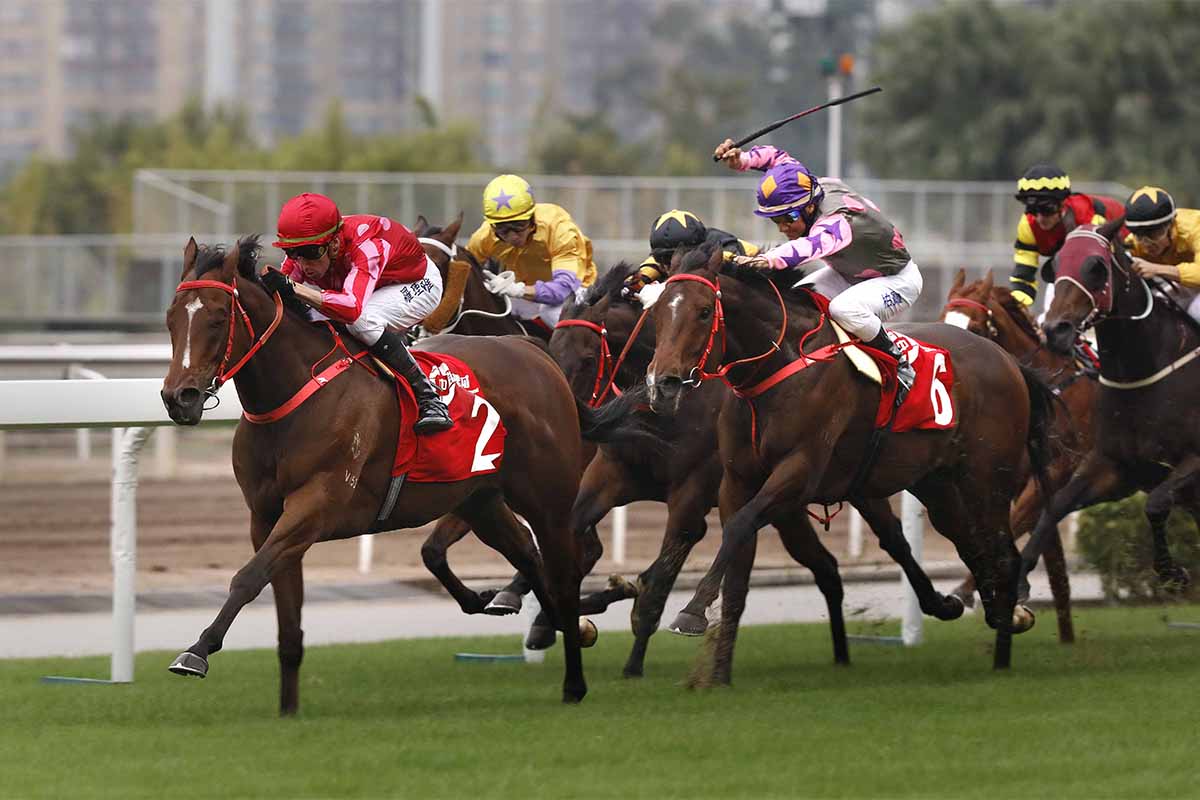 It proved to be another successful weekend for Australian-breds on the international beat courtesy of a Group Two double in Hong Kong and a Listed victory – over 3200m – in South Africa.

The BOCHK Wealth Management Jockey Club Sprint over 1200m at Sha Tin had promised to be something of a showdown between the Australian-bred pair of hot favourite Lucky Bubbles and Hong Kong’s Champion Griffin of 2015-16 in Mr Stunning, but with the former held up on the fence and nowhere to go, it was left to Mr Stunning to swoop down the outside (having jumped from the widest barrier) and notch up an emphatic victory for expat trainer John Size.

It was the third Group victory for Mr Stunning who was bred by Makybe Racing and Breeding in Victoria and sets up a much anticipated battle between the 5YO son of Exceed And Excel and Lucky Bubbles in the Group One Longines Hong Kong Sprint on 10 December.

Similarly, the Queensland-bred, Seasons Bloom, is now on target for a tilt at the Group One Longines Hong Kong Mile after capturing the Group Two BOCHK Wealth Management Jockey Club Mile just 40 minutes on from Mr Stunning’s stunning display.

The winner of four in Hong Kong, Seasons Bloom’s best leading into Sunday’s Group Two was a second behind Beauty Generation in the Group Three Celebration Cup over 1400m at his most recent start, but relegated Beauty Generation to third this time around.

Bred by Basil Nolan and by Epsom Handicap winner, Captain Sonador, Seasons Bloom was offered by Nolan’s Raheen Stud at the 2013 Magic Millions National Weanling Sale where he was knocked down to Ampulla Lodge for $26,000.

His six wins and three placings from 14 outings has since seen Seasons Bloom’s earnings sky rocket to nearly HK$12 million (approx. A$2 million).

Meanwhile, the victory of Kinaan in the Listed Kenilworth Cup over 3200m at Kenilworth also capped off a terrific couple of weeks for Sheikh Mohammed bin Khalifa Al Maktoum, who both bred and races the 5YO son of international superstar, Galileo.

Trained by Mike de Kock, Kinaan’s best to date was a third in last year’s Group Two Greyville Gold Cup over the two miles but he powered home in the Kenilworth Cup, winning with nearly two lengths to spare.

Kinaan is the best of two winners from the Zamindar mare, Dazzledar, who is in turn out of a sister to legendary sire, Danehill, while another recent highlight from the family is 2017 Victoria Derby winner, Ace High.

Dazzledar has a yearling colt by Smart Missile and this year produced a filly by Pride of Dubai, the multiple Group One winning 2YO both bred and raced by Sheikh Mohammed bin Khalifa Al Maktoum.

Back on this side of the Indian Ocean, Sheikh Mohammed bin Khalifa Al Maktoum was in the news last week when Run Naan captured the Group Three AAMI Maribyrnong Plate over 1000m at Flemington, having earlier run second in the Group Three Ottawa Stakes on Cup Day with another of his home-breds in Roobeena.

And Sheikh Mohammed bin Khalifa Al Maktoum came close again on Saturday with his I Am Invincible filly, Oohood, running a lip second on debut in the Listed Merson Cooper Stakes over 1000m at Sandown.