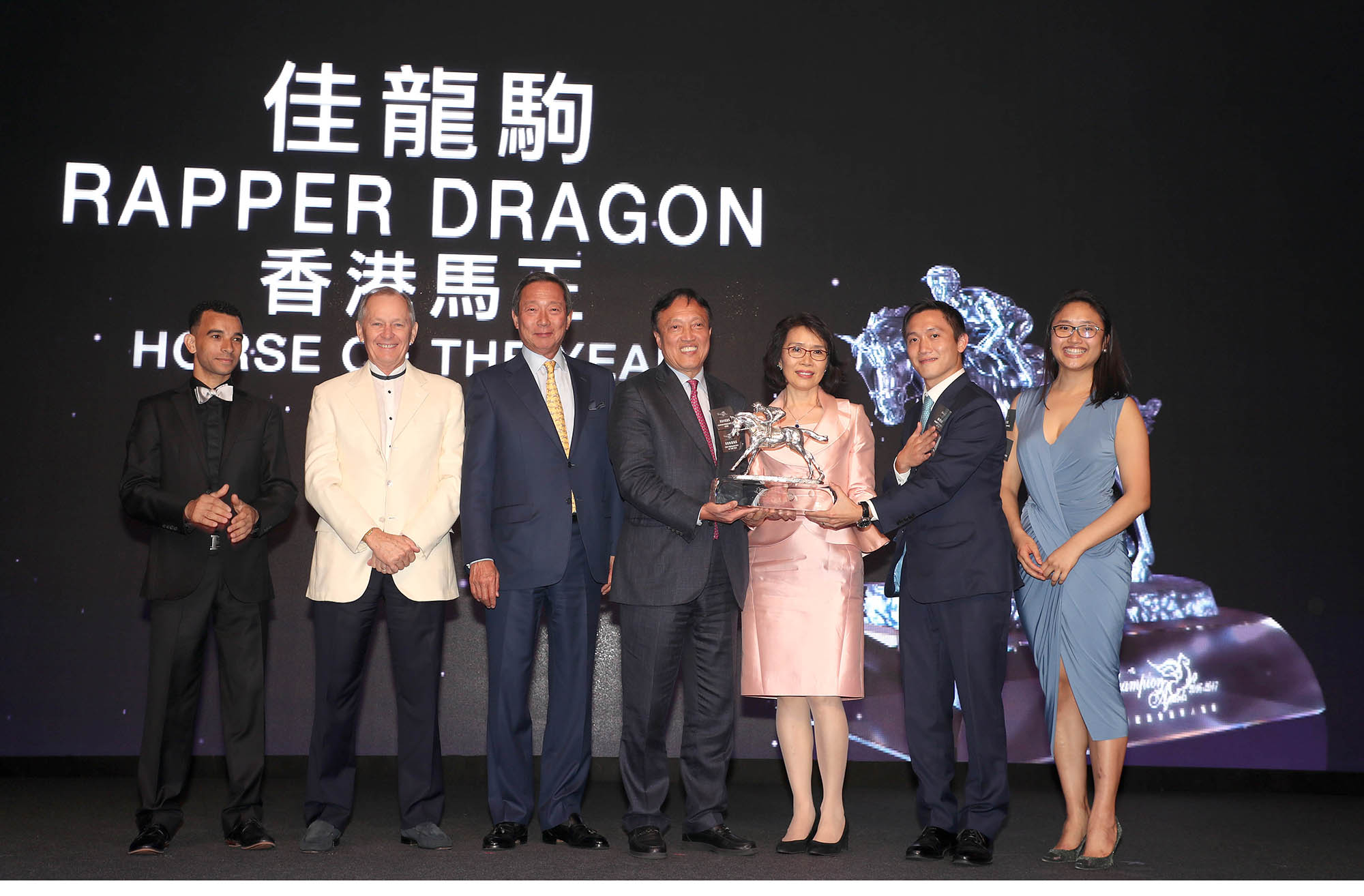 It probably came as no great surprise that Rapper Dragon was posthumously acknowledged as Horse of the Year and, even less so, when taking out the ‘Most Popular Horse’ category.

Rapper Dragon, bred by Henry Cojuangco at NSW’s Gooree Park Stud and initially campaigned in Australia, was a superstar in every sense of the word.

The flashy chestnut then landed the Group Two Chairman’s Trophy (1600m) before, sadly, breaking down in and later being destroyed after the Champions Mile in May.

Meanwhile, another of Hong Kong’s household names in Able Friend was a popular recipient of the Lifetime Achievement Award, less than five months on from his final race when second in the Group One Queen’s Silver Jubilee Cup.

Able Friend was named Hong Kong’s Horse of the Year in 2015 – one of seven Moore-trained gallopers to win the title – and throughout his career won 13 races and close to A$10 million in stakes.

John Moore’s son, George – a popular bloodstock agent on the global stage and with literally a lifetime of experience in thoroughbred racing – said that the magnitude of the ceremony wasn’t lost on any of the connections.

“This was probably the most emotional awards for all of us,” Moore points out. “In our heart we wanted Rapper to win and leave a genuine legacy.

“Rapper Dragon made history in Hong Kong and is deserving of full recognition. He certainly was a horse very close to my heart and it’s not easy finding a champion like him.”

Reflecting on the ‘origins’ of Rapper Dragon and Able Friend, Moore also emphasised the importance of keeping the stable well stocked with Australian-breds.

“Over the years we have started to purchase more and more horses from Australia as we have found them to have a stronger mental disposition for the Hong Kong environment and they seem to acclimatise at an accelerated rate compared to their European counterparts.

“The market in Europe has also been harder to buy from as supply has shrunk.”