Australian-breds Laughing All The Way In Singapore 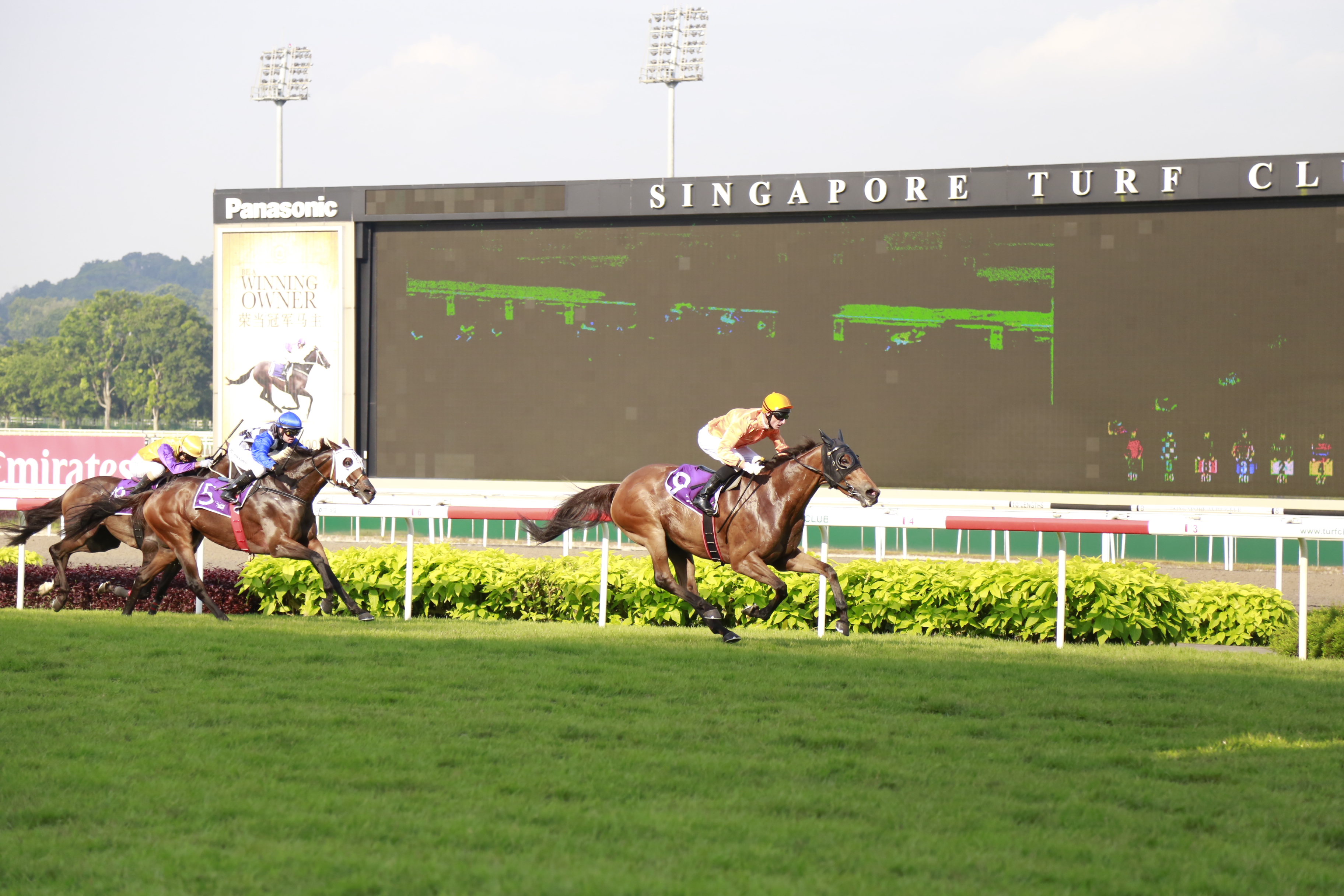 The name, Laughing Gravy, might not win too many prizes, but the Cliff Brown trained horse that bears the moniker is clearly a galloper with huge potential.

The 5YO son of Primus stormed home in the $S500,000 Group 1 Queen Elizabeth II Cup (2000m) in Singapore on Sunday, continuing the great run of his ex-pat trainer who recently landed the Group One Lion City Cup – the country’s premier sprint – with another Australian-bred in Zac Spirit.

Originally racing in Australia where he won a maiden in Victoria (as Frenzy Fox), Laughing Gravy was sent to Singapore at the end of 2014 where his form has been mixed … right up until April of this year.

Laughing Gravy has now won four on end and was devastating in the Queen Elizabeth, racing away to score by nearly five lengths, despite bungling the start.

“He’s got plenty of potential this horse,” Brown enthused. “We’ll tip him out for a spell and bring him back for the ($S1.35 million) Gold Cup in November. He’s certainly heading in the right direction based on current form.”

Brown attributes Laughing Gravy’s ‘find’ to bloodstock agent, Kevin Dagg: “Kevin phoned me up just after he (Laughing Gravy) had won his maiden – it what something like a second quicker than the open handicap that day. The rest, as they say, is history.”

But the name … really? How did they come up with that? “The owner is a Laurel and Hardy fan and it’s named after his favourite movie!”

Closely related to Perth stakes winner, Royal Sonata, Laughing Gravy is out of the Rubiton mare, Foxy Moi, while his sire, Primus, is now standing at Justin Lovatt’s family farm in Strathbogie, Victoria.

“We’re all very excited with the win in Singapore,” Lovatt enthused. “He’s getting plenty of winners. Burning Front won the Group Three Carlyon Cup at Caulfield in February, Russell Cameron’s mare, Niminypiminy has a ton of ability and, of course, there’s Laughing Gravy.

“Apparently Laughing Gravy’s dam, Foxy Moi, is coming back to Primus this spring too.”

Now that really is hopping on the Gravy train!

HOOFNOTE: Brown also revealed that dual Lion City Cup winner and Singapore’s Champion Sprinter, Zac Spirit, had again injured himself and would not be travelling to England for the July Cup.

“It’s disappointing and a decision will be made on his future shortly, but this horse (Zac Spirit) really could have been anything if he’d remained sound.”