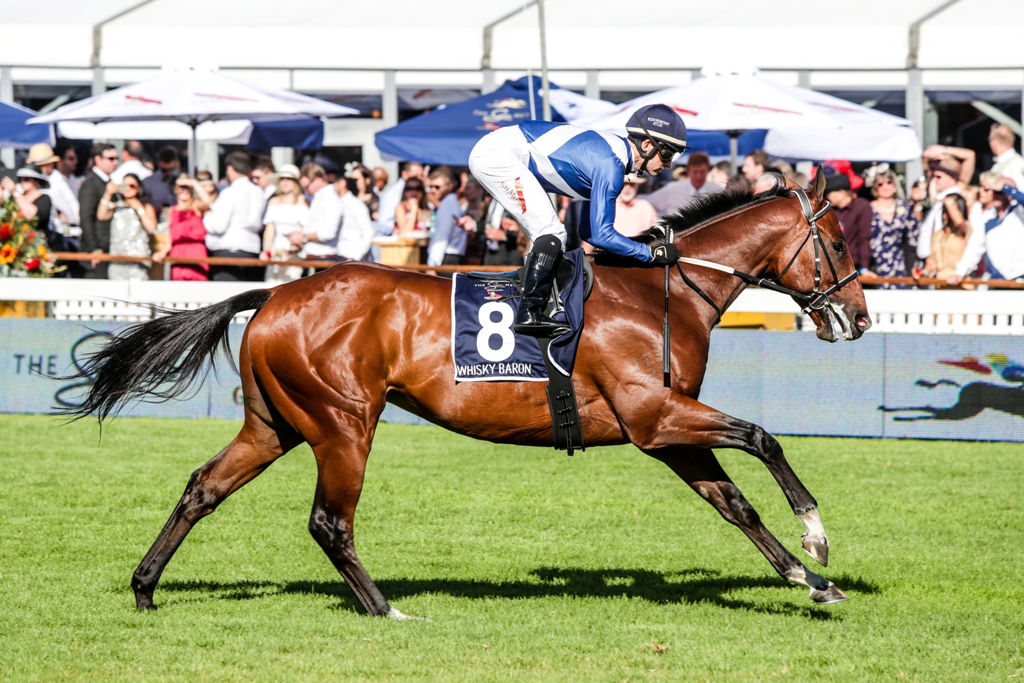 The exceptionally well pedigreed, Mustaaqeem, got the ball rolling by being named Champion 2YO Colt, while Group One Sun Met hero, Whisky Baron, snared the Champion Middle Distance honour.

With two wins from as many starts, Mustaaqeem was a shoo-in for the 2YO award following his victory in the Group One South African Nursery for trainer Mike de Kock and owner Shadwell Stud.

Purchased by Shadwell for $1,750,000 at the 2016 Inglis Australian Easter Yearling Sale, Mustaaqeem is by Redoute’s Choice from the Joint South African Horse of the Year (2005/06) in National Colour, who is also the dam of another Redoute’s Choice Group One winner in Rafeef.

Indeed, both Rafeef (also raced by Shadwell) and Mustaaqeem won their Group Ones on the same program with Rafeef now heading to the Kieswetter family’s recently acquired Highlands Stud.

Fittingly, brothers Craig and Ross Kieswetter also race Whisky Baron, a son of Manhattan Rain from the well related Tazkara, who broke through for his initial success at racing’s most elite level in January’s Sun Met, but was also a Group Two winner for trainer Brett Crawford in the Peninsula Handicap.

While Mustaaqeem and Whisky Baron stood tall at the gala affair, they had plenty of support acts throughout the 12 months with Australian-bred horses winning 12% of South Africa’s stakes races despite representing just 4% of the racing population. Importantly, Australia’s ‘market share’ increases to 13% in Group One races!

Ultimately, there were 122 Australian-bred winners of 191 races throughout South Africa in 2016/17, including Ten Gun Salute, Mella Maria, New Predator, Ektifaa and Brazuca, who all won Group Twos, while Table Bay, Ilitshe, Ovidio, Acrostar, Dorset Double, Readytogorightnow and Lord Balmoral also put their stamp on a black type too.

Perhaps the most interesting statistic however – and again the driving factor behind the prevalence of South African accents at Australian sale rings – is that from those 16 individual, Australian-bred stakes winners, 15 were graduates of Australian sales.

Statistics show that “Australian breeders sell their best” with 65% of the Group One winners having been offered at domestic sales, while that figure – comparatively – drops to 55% in the United States and is a little over 40% in Europe.